Joe Root’s masterful 226 to highlight a return to form gave England a much-needed boost in the second Test against New Zealand on Monday as they ended day four believing they can square the series. It took a five-wicket haul for the tireless Neil Wagner to bring England’s first innings to an end at 476, […]
By PTI Mon, 2 Dec 2019 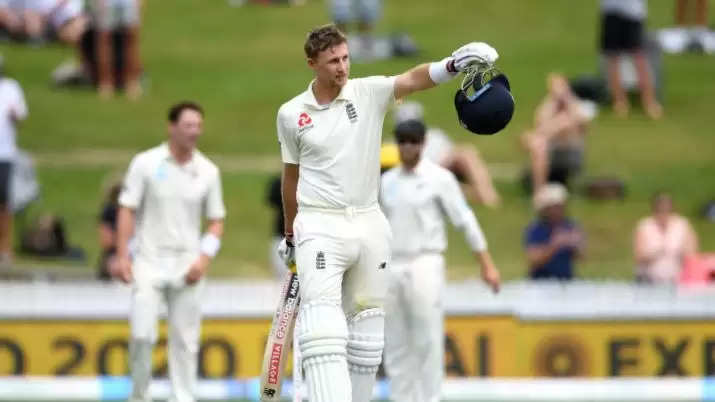 Joe Root’s masterful 226 to highlight a return to form gave England a much-needed boost in the second Test against New Zealand on Monday as they ended day four believing they can square the series.

It took a five-wicket haul for the tireless Neil Wagner to bring England’s first innings to an end at 476, a lead of 101.

At stumps, New Zealand were 96 for two and needing to bat late into the final day although rain may yet have the last word with further showers forecast for Tuesday.

Openers Jeet Raval (duck) and Tom Latham (18) went early in New Zealand’s second innings, and for Raval it continued a disappointing run in which he has failed to reach double figures in six of his last 10 innings.

But after being two for 28, New Zealand’s most skilled batsmen Kane Williamson and Ross Taylor prevented further damage with Williamson on 37 at stumps and Taylor on 31.

If Raval is feeling the pressure of his slump with an away series against Australia looming, he need only look at the England captain’s timely double century to see fortunes can change.

England were two for 24 in their first innings when Root went to the middle where he controlled proceedings in a marathon stand in which he faced 441 deliveries in nearly 11 hours.

It was Root’s third double century, his longest innings in terms of time and balls faced and it ended just 28 runs short of his Test best 254 against Pakistan three years ago.

He restored his own confidence and arrested England’s slide in an initial partnership of 177 with Rory Burns for the third wicket followed by a convincing 193-run sixth-wicket stand with Ollie Pope.

On a placid wicket, Root and Pope held control over a disciplined New Zealand attack, slowly accumulating runs to ensure a first-innings lead and then picking up the pace to build the advantage as their once faint hope of forcing a victory started to look more real.

The 21-year-old Pope, in only his fourth Test, progressed to 75 before his valuable contribution ended with an edge to yet another Wagner bouncer.

Four balls later, it was all over for Root whose exquisite timing deserted him when an attempt to hit Mitchell Santner out of the ground turned into a soft catch to Henry Nicholls at deep cover.

He left the field to a deserved standing ovation but barely had time to take his seat when Wagner mopped up the England tail to finish with five for 124, his second five-wicket haul in the series.

After the sterling efforts of Root and Pope kept New Zealand at bay for more than 62 overs, the last five England wickets fell for 21 runs in the space of six overs. (AFP)