The manner of Kane Williamson’s dismissal and a blow to the head of Henry Nicholls put the maiden Test wicket at Mount Maunganui under scrutiny with three days to play in the first Test between New Zealand and England on Friday. In the first Test at the ground, the Bay Oval wicket showed signs of […]
By PTI Fri, 22 Nov 2019 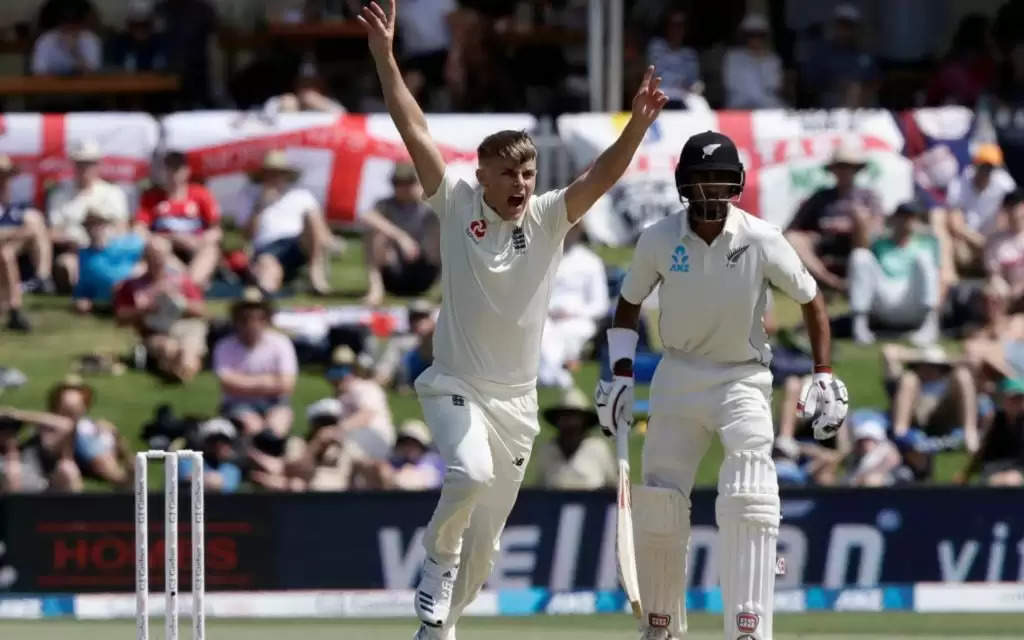 The manner of Kane Williamson’s dismissal and a blow to the head of Henry Nicholls put the maiden Test wicket at Mount Maunganui under scrutiny with three days to play in the first Test between New Zealand and England on Friday.

In the first Test at the ground, the Bay Oval wicket showed signs of becoming unpredictable late on day two.

Although honours appeared even after the first two days, England believe if the wicket continues to deteriorate then they are in the box seat.

New Zealand go into day three on Saturday at 144 for four in reply to England’s first innings 353, but with senior batsmen Williamson and Ross Taylor already dismissed.

Williamson had cruised to 51, reaching his half-century with a boundary off Sam Curran, but fell on the next delivery which unexpectedly reared sharply, forcing the New Zealand skipper to take evasive action and the ball was gloved to second slip.

The dismissal even took Curran by surprise, but he saw it as a good omen.

“It probably took off a little bit more than the usual length but that’s a really good sign for us knowing we have runs on the board,” he said.

“The wicket may start being a bit uneven and fingers crossed that suits us and there can be a few more (wickets) and it gets worse as the game goes on, because most likely we’ll be bowling last.”

“That’s the unknown about playing a first Test match on this ground. He was looking reasonably comfortable and he got one that reared off a length which can happen,” Southee said, wary of having to bat last.

“If it does continue to deteriorate and we do start to see a bit more of it going up and down we’d like to get as many as we can in this innings.”

Nicholls, who was not out 26 at stumps, was felled by a sharp bouncer from Jofra Archer but a medical check showed no immediate sign of concussion, although he will undergo a further examination before resuming on Saturday.

The unpredictable wicket was not the only source of drama with New Zealand ruing a missed review and nearly being made to pay for signing too many autographs.

Opener Tom Latham, given out leg before wicket on eight, walked without seeking a review, unaware of an inside edge that was detected by Hot Spot.

Earlier the exit of Jos Buttler for 43 had cricket watchers scrambling through the rule book as he was caught by Mitchell Santner, who had been off the field of play when Neil Wagner prepared to bowl.

Santner had to stop signing autographs, leap the advertising hoardings and enter the playing area to take the catch, which appeared to contradict rules about player movement and a batter’s right to know field placements.

Buttler, though, had no objections as he walked off immediately.

After England resumed the day at 241 for four, Stokes and Ollie Pope advanced the total to 277 when Southee struck with three wickets in 11 balls including the prized scalp of Stokes for 91.

Stokes was eyeing his ninth Test century when he was caught one-handed at first slip by a diving Taylor, who had dropped the all-rounder before stumps the previous day.

Buttler and Leach forged a late 52-run stand but otherwise there was little England resistance at the bottom of the order.

Southee finished with four for 88 and Wagner took three for 90, while Curran was the pick of England’s bowlers with two for 28. (AFP)