The Indian batsmen, caught between over-cautiousness and impetuosity, produced yet another inept batting performance to put New Zealand firmly on the driver’s seat at the end of third day’s play in the first Test here on Sunday. At stumps, India reached 144 for 4 in their second innings as the top-order found Trent Boult’s (3/27 […]
By PTI Sun, 23 Feb 2020 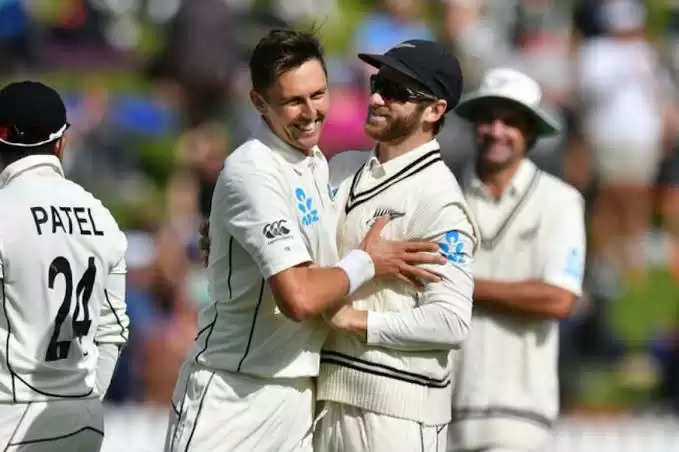 The Indian batsmen, caught between over-cautiousness and impetuosity, produced yet another inept batting performance to put New Zealand firmly on the driver’s seat at the end of third day’s play in the first Test here on Sunday.

At stumps, India reached 144 for 4 in their second innings as the top-order found Trent Boult’s (3/27 in 16 overs) high-quality swing bowling too hot to handle.

India now trail New Zealand by 39 runs going into fourth day, which could well be the final day of this game unless Ajinkya Rahane (25 batting, 67 balls) and Hanuma Vihari (15 batting, 70 balls) show the art of survival that was distinctly lacking in some of the other top-order batsmen.

Asked what kind of total can be defended in the fourth innings, senior spinner Ravichandran Ashwin remained non-committal.

“I know to keep it simple and say this is defendable and this is not, (it) is pretty much how you would want me to present it, but it’s too much — like six sessions to go and we are not even at a stage where we can say what is a good score to defend,” he said.

There is still something there in the Basin Reserve pitch, reckoned Ashwin.

“We have to take every ball at a time to be honest because there is still enough in the surface. We are not yet in a stage of the game from our perspective where we can look at it very far.”

If Cheteshwar Pujara (11 off 81 balls) paid for his ultra-defensive mindset shouldering arms to an in-dipper, skipper Virat Kohli’s (19 off 43 balls) split-second indiscretion became his undoing as he went for a needless pull-shot to a well-disguised short ball.

Mayank Agarwal (58 off 99 balls) was impressive in one session and lost concentration in the second, ditto to what happened on the first day and was caught down the leg-side.

The bowler on both the occasion was Boult, who successfully took over the job of tormenting the Indian batsmen from Tim Southee (1/41 in 15 overs) and Kyle Jamieson (0/33 in 17 overs). It was a top-class seam and swing bowling show on a third day pitch, which still had something for fast bowlers.

Boult bowled with a lot of fire as he exposed Prithvi Shaw’s (14 off 30 balls) poor technique, laying a trap for the opening batsman.

A short ball hurried the flamboyant Mumbaikar, whose huge back-lift became his undoing. By the time the ball grew big on him, he was fending it awkwardly with a closed bat and at the short square-leg Tom Latham was waiting gleefully for that chance.

Pujara and Agarwal did add 51 runs for the second wicket but it was largely because of the Karnataka opener, who played his shots and showed positive intent. He, in fact, hit Ajaz Patel for a six and a four but Pujara, at the other end, only looked keen on defending.

Just like first innings, Pujara was leaving balls on length but at one stage, he was stuck on personal score of 6 for 28 consecutive balls. While leaving Jamieson from length was not an issue, Pujara did not account for Boult, shouldering arms a delivery that came in sharply.

“That’s the luxury of being a left-armer and being able to use those subtle changes. The red balls here in New Zealand haven’t been swinging as much as they have in the past and if that’s not hapepning for me, then it comes down to changing angles and using different parts of the crease,” said Boult.

In the first session, Jamieson (44) continued with his dream debut as he and No. 11 Boult belted the Indian bowlers for fun.