A Super Over win seems to be the flavor of the season and New Zealand would be the last team on earth to savor it. Clearly not the fans of that side of the contest, New Zealand threw in the towel early once again and were left ruing at the missed opportunities that could have […]
By Saumin Parmar Sat, 1 Feb 2020 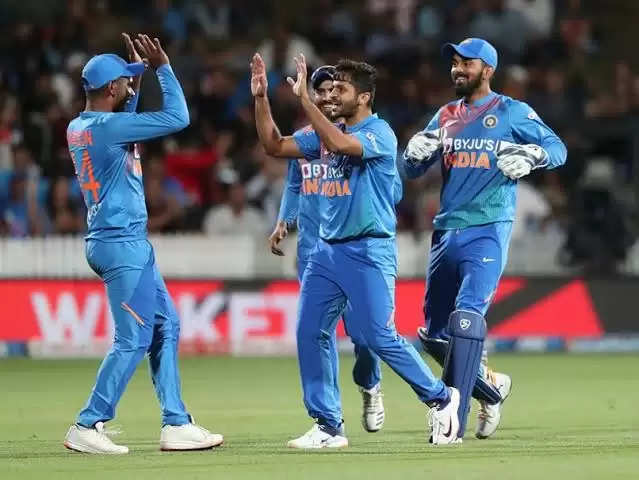 A Super Over win seems to be the flavor of the season and New Zealand would be the last team on earth to savor it. Clearly not the fans of that side of the contest, New Zealand threw in the towel early once again and were left ruing at the missed opportunities that could have gotten them across in the regular time. As a result, India went up 4-0 in a Super Over finish yet again. While it was Mohammed Shami in the third T20I to force a Super Over, it was none other than Shardul Thakur who did the honors. Defending seven off the last over and snaring two wickets, he did what nobody was wanting to fathom – another Super Over. And the rightful owner of the Man of the Match award, his second in the format.

The sail hasn’t been smooth for the 28-year old. For someone who had to limp off on his Test debut due to a groin injury to staging a comeback at the international level and meanwhile going through the grind in first-class cricket, Thakur has had his fair share of hindrances.

In January around the same time last year, he made a statement saying he has received no communication from the selectors post his injury. A steady return to cricket ensued through better training and fitness programs, and he was once again raring to go. With his injury demons well past behind him, Thakur had a decent IPL and came back into the national reckoning for the home season West Indies, Sri Lanka and Australia. In-form Deepak Chahar getting injured also played a part in his call-up.

He got into the groove in the IPL and has been in constant action since. Running in full throttle at present, he touches speeds of 140kmph consistently, has a smooth run-up and a follow through, bends his back, and can make the ball talk with that extra zip off the surface. By his own admission, it is domestic cricket that has made him tough and allowed him to stay consistent and on the right path since the last couple of years.

Remember the 2019 IPL final between the Chennai Super Kings and the Mumbai Indians when it was left to Shardul Thakur to take a single off Lasith Malinga and tie the match. Sadly it wasn’t the case, CSK had a heartbreak, and that loss in hindsight is something Thakur will still be agonizing over; or hoping that he has already gotten over it.

But what else has he impressed the most with? His cameos with the bat. Thakur is known for his mighty hitting down the order in domestic circles, but he took everyone by surprise when he wielded his bat en route an unbeaten 6-ball 17 in a tense chase at Cuttack in December in the home ODI series versus West Indies. He later struck an unbeaten 8-ball 22 in a T20I match against Sri Lanka at Pune earlier this month. Today, once again, he proved his worth with the willow, scored a 15-ball 20, and stitched a 43-run partnership for the 7th wicket with Manish Pandey.

Is he slowly and steadily making the No. 8 slot his own in India’s white-ball setup? Indians love somebody who can bat in the last four and Thakur has shown he is ready to do his bit. Skipper Virat Kohli is definitely impressed by his heroics already.

The T20 World Cup is fast approaching and Team India have a handful of matches left before the mega tournament begins. Every single outing matters for all the probables and Thakur knows he has his task cut out. Does he have enough firepower to go the distance and book a seat on the plane to Australia?

If the simple formula of doing the basic rights and not worrying about anything else is to believed, Thakur has done every bit of it correctly. Talk about making a case and here you have him excelling every game.

“After the last game, we learnt that we should never lose hope. If I bowl a dot ball or a wicket ball, the pressure is on them,” Shardul Thakur said after the win at Wellington. On his batting show and all-important 43-run partnership, Thakur said: “It was important to stretch the partnership in the middle, and should have carried on until the 19th and 20th over, so hopefully next time things turn out better for me.”

We can’t say for certain now but yes, he appears to have enough steam to challenge for a spot for the final showdown.