For long, Mitchell Santner has been regarded as probably the best finger-spinners in limited-overs cricket. His batting, albeit a bit underrated had enough recognition too. However, there was still something missing from the table. Something in the form of consistent performances in the longest format of the game. On Sunday, it had to all change […]
By Karthik Raj Sun, 24 Nov 2019 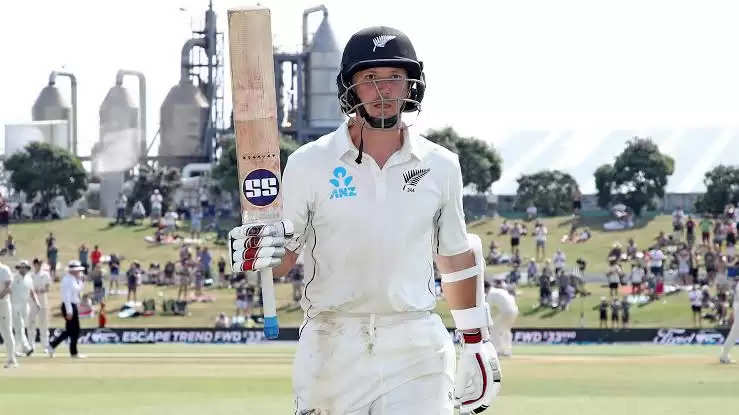 For long, Mitchell Santner has been regarded as probably the best finger-spinners in limited-overs cricket. His batting, albeit a bit underrated had enough recognition too. However, there was still something missing from the table. Something in the form of consistent performances in the longest format of the game.

On Sunday, it had to all change and change for the good. By stumps on Day 3 itself, BJ Watling and Santner had steadied the Kiwi ship and helped the team gain a 41-run lead too. However, that miniscule lead was never going to be enough. At least, that is what the Kiwis expressed with the willingness to bat just once and for long. Resuming Day 4 on 31* (103), Santner could have been loose and flashy but he buckled down and saw off the tough initial period.

With Jofra Archer and Stuart Broad in good rhythm and only 19 runs coming off 16 overs in the first hour of play, Santner and Watling had to hide their time for a while. While Watling has got used to that with numerous recovery acts at the international level, this was a major test for Santner with him playing more as a bowling all-rounder.

Even though, the 26-year-old had more than 100 balls in an inning on 5 occasions in his blooming Test career, he had never played more than 200 deliveries. Therein lied an opportunity to achieve that and also a debut hundred in the process. Post-lunch, the shackles were broken and Jack Leach was taken to the cleaners. Just like how he did in the IPL on one or two occasions, Santner danced down the track and smashed a few lusty blows off the fellow left-arm spinner.

While it was a wait and watch approach in the morning session, it was time for some acceleration post-lunch session. This was always calculative, being well aware that New Zealand needed some quick runs as there was only a day and a bit to go in this Test match. One could perhaps define it as a ‘Typical Kiwi-cricketer showing his nous’ at an important juncture.

And for all this and several other boundaries off Stuart Broad, Santner had to be crowned with a century. Eventually, it did happen with a pull to fine leg to announce himself in this format. However, there was muted celebration to follow the milestone. There was just a small acknowledgement to the crowd and the helmet was worn again in a jiffy as if to say that his job was incomplete. Anti-climax for others, usual for an understated man like Santner.

After bringing up his hundred, Santner continued on his merry way and helped New Zealand add some vital runs before the mammoth 261-run partnership was brought to end. Post Santner’s wicket, Kane Williamson waited for BJ Watling to get to both his double hundred and also add some runs to the board before declaring on 615-9.

Santner and New Zealand’s job with the bat was over but they still needed 10 wickets without which this monumental effort between Watling and Santner could have ended as a forgotten footnote in years to come. While England threatened to do the same by being resistant, Santner had other ideas.

With the pitch deteriorating, Santner continuously targeted the rough patches and reaped the rewards with three late scalps. First to go was Dominic Sibley with the opener failing to make use of an earlier reprieve as he poked at a wide one only to see Santner and Watling combining to yet again for New Zealand’s good. Next, Sibley’s more experienced partner Rory Burns played an ill-advised sweep shot off a rough patch with Colin de Grandhomme pouching an easy chance at short fine-leg.

With Santner in full flow, night-watchman Jack Leach has to suffer to the same guy yet again as a bat-pad opportunity was brilliantly grabbed by Tom Latham at short-leg. These three quick wickets left England in a quandary and New Zealand in the driver’s seat. In short, Day 4 solely belonged to Mitchell Santner and his first major breakthrough performance in Test cricket.

Just go back to New Zealand’s tour of Sri Lanka in August and Santner was definitely not at the top of his game. After a poor outing at Galle where he went wicketless, New Zealand dropped the all-rounder for the second Test match at Colombo. It would have been nice to be considered the third best spinner in the side and perhaps surplus to requirements.

But once New Zealand came back to the shores, they went back to their tried and tested combination of three fast bowlers + de Grandhomme and Mitchell Santner and their plan has once again become a resounding success.

While both Santner and New Zealand still have a lot to do on the final day to go 1-0 up, one wouldn’t be mistaken to think that this Test match could see the rise of Mitchell Santner in Test cricket. Averaging 39.08 with the ball and having 3/60 as the best innings figures don’t do justice to his ability. The world’s #3 ranked T20I bowler and number 6 ranked ODI all-rounder certainly has the tools to take his Test game to another level if he continues in the same vein and Day 5 at Mount Maunganui will be the perfect setting to give rise to some wonderful performances in the future