Two days, same results but in a contrasting manner. That’s how one would summarize the first two match days for Team India versus New Zealand in what is bound to be a longish and a difficult tour. India won the second T20I by 7 wickets at Auckland, after getting off to a winning start at […]
By Saumin Parmar Sun, 26 Jan 2020 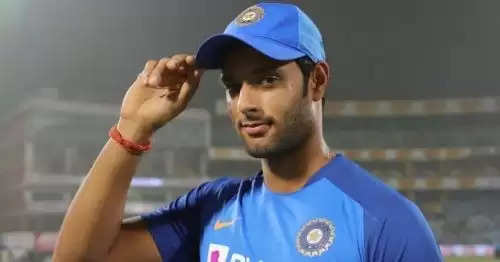 Two days, same results but in a contrasting manner. That’s how one would summarize the first two match days for Team India versus New Zealand in what is bound to be a longish and a difficult tour. India won the second T20I by 7 wickets at Auckland, after getting off to a winning start at the same venue a couple of days, although in a much tense chase. The scorecard makes for a sound reading, easy and understandable. However, there are certain things scorecards do not indicate. They speak just numbers, and not various match situations. Case in point being Indian all-rounders Ravindra Jadeja and Shivam Dube.

While India had to go all hammer and tongs in the first outing and pull off a fashionable chase, it was a much consolidated and a guided chase in the second one. Different approaches can also bring about familiar results, and that’s what Eden Park was a witness to. With India going on in with just four specialist bowlers and relying on the aforementioned gentleman to get the job done, they also had to take a stock of the external factors like ground dimensions and its advantages to the home team. However, it is highly impressive the way the fifth-bowler quota has been managed, without any hiccups or concerns. The troops have carried out the orders smoothly and there is very little to complain.

By modern T20 standards, India are certainly not batting deep unlike many other teams. This makes the roles of Dube and Jadeja extremely crucial. Be it batting or bowling, they couldn’t afford to lose a moment, especially at time when the Kiwis know they are supposedly the soft targets.

In the first T20I at Auckland, the duo collectively went for 42 runs in 5 overs and picked up two wickets. This, in a situation where others were taken to cleaners, especially the front-line bowlers Mohammed Shami and Shardul Thakur. Together, they have been entrusted the task of tightening the screws when the opposition is about to break away and is trying to put a foot in the door in the middle overs.

The second T20I saw them come together for a more stellar performance accounting for just 34 runs in 6 overs and snaring 3 wickets between them. While the Kiwis constantly were lurking around to pounce on this duo, they met with an unexpected setback. The entire plan to relaunch themselves batting first had taken a hit and all they could manage was a modest 132 for the loss of 5 wickets in the allotted quota of 20 overs. No wonder skipper Virat Kohli had a word of appreciation for both of them.

Three intense matches remain, and the expectations would be plain and simple. Deliver the goods while flying under the radar. If it helps India gain momentum without breaking the ongoing chain, it would prove to be a huge success.

As things stand right now, they will change for sure in the coming future. The return of Hardik Pandya is eagerly waited by the management and he will be slotted right in the team, canceling out the existing partnership that India are persisting with to make up for a fifth bowler.

However, Dube, especially, shouldn’t be perturbed by this. With the number of full-tour opportunities he’s getting, he should just keep getting better and better with his skills. As for Jadeja, he is that vital cog in the system that brings about a right balance with the bat and the ball. His presence on the field is second to none.

It’s a long series with three more matches to go. The men have been marked, rivalries have been identified, and the guards have been taken? Can Jadeja and Dube continue to hold fort? It’s time to watch out!