Virat Kohli is the talk of the town again and there are two reasons. One, his dismal run on this New Zealand tour continued. The Indian skipper was able to score just 3 as Tim Southee set him up beautifully before lunch and eventually trapped him out LBW soon after the lunch interval. That extended […]
By Sahil Jain Sat, 29 Feb 2020 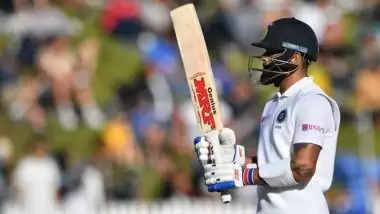 Virat Kohli is the talk of the town again and there are two reasons. One, his dismal run on this New Zealand tour continued. The Indian skipper was able to score just 3 as Tim Southee set him up beautifully before lunch and eventually trapped him out LBW soon after the lunch interval. That extended Kohli’s rut as he has now gone 21 innings without an international ton. Moreover, he’s scored just one fifty in 10 innings on this New Zealand tour.

However, the second reason was due to his use of the Decision Review System (DRS). Kohli has been guilty of using up a DRS review on multiple occasions despite it being dead. In fact, Kohli’s record is so poor that on 14 instances that he’s opted to challenge the umpire’s call, Kohli has had only two of them overturned. Nine of them have been upheld, with three umpire’s call decisions. 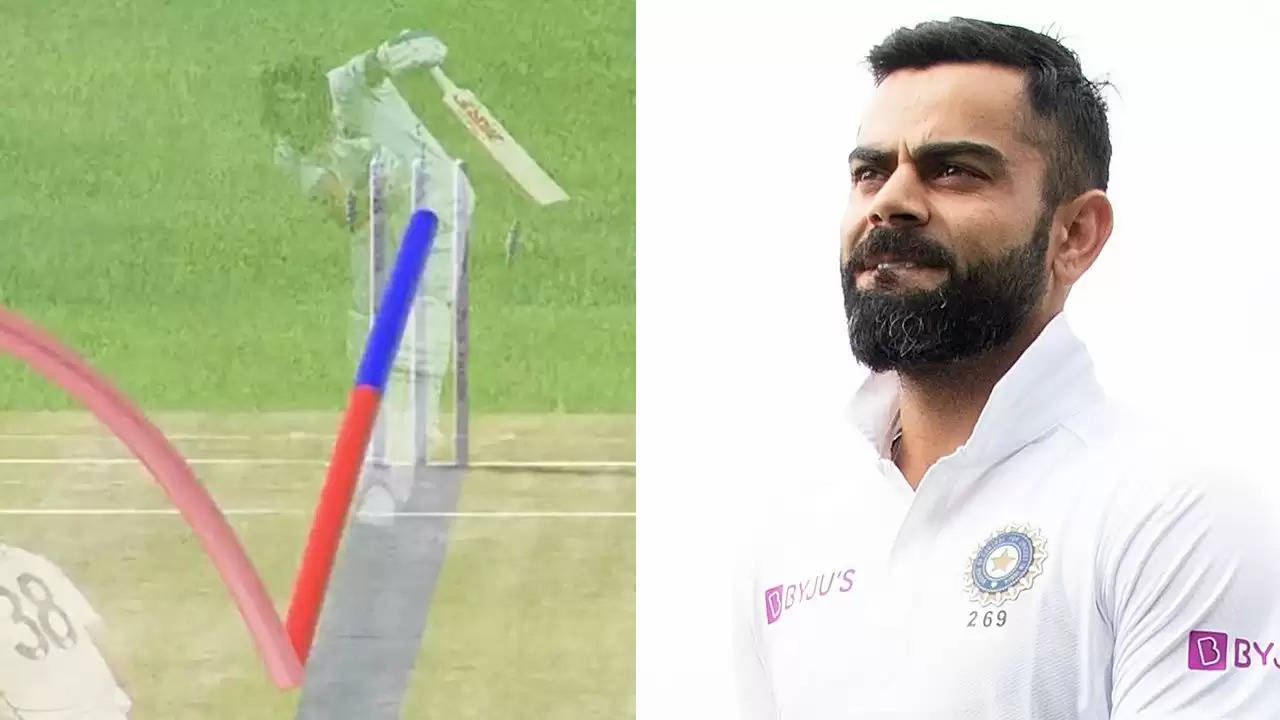 Kohli wasted yet another DRS decision in the 2nd Test, where he was plumb in front

Hence, let’s dig into each of the 14 DRS reviews Virat Kohli has taken in Test cricket.

2016-17 was a dream season for Kohli as he scored four double tons in as many series. The fourth one came in the only Test against Bangladesh in Hyderabad. However, when he was batting on 180, Kohli was given out LBW off Mehidy Hasan. But a DRS review helped him overturn the decision as ball-tracking showed it was spinning too much and missing leg. Kohli then went on to score a double ton. This was the first ever DRS review in Test cricket by Virat Kohli and it was a successful one.

The Australian series at the end of the 2016-17 home season was a tough one and he struggled quite a bit. He had a shocking Test match in Pune where he scored 0 and 12. In the second Test in Bengaluru, he left alone a Nathan Lyon delivery which he thought was going down leg. But it didn’t turn as much as he anticipated and struck him on the pad, only to be given out. Kohli reviewed the call but three reds and it was a shocking call.

In the same Test against Australia, Kohli took another DRS in the second innings and this time it was against Josh Hazlewood. But unlike most of the other ones, Kohli was certain that he had got bat on this one. But with replays not conclusive enough to suggest if it was bat first or pad, the third umpire went with the on-field call and ball-tracking also suggested umpire’s call on the impact. It was an unlucky call for the Indian skipper.

The track at the Eden Gardens was nipping around when India face Sri Lanka in the first Test and Suranga Lakmal was hooping it around as well. The ace Sri Lankan pacer had bowled five maidens and had already picked up two wickets. Kohli battling it out and had faced 10 dot deliveries. Lakmal got one to nip back in the 11th over of the innings and struck Kohli on the pad. The Indian skipper reviewed but ball-tracking showed umpire’s call as the ball was clipping the leg-stump.

This was Kohli’s last successful review. It was in the second innings of that Kolkata Test match against Sri Lanka and Kohli was batting well. Batting on 72, Lakmal once again got the decision in his favour as Kohli was hit on the pad. However, the Delhi lad reviewed immediately and he had edged it which forced the umpire to reverse his decision. Kohli went on to score a fine ton. 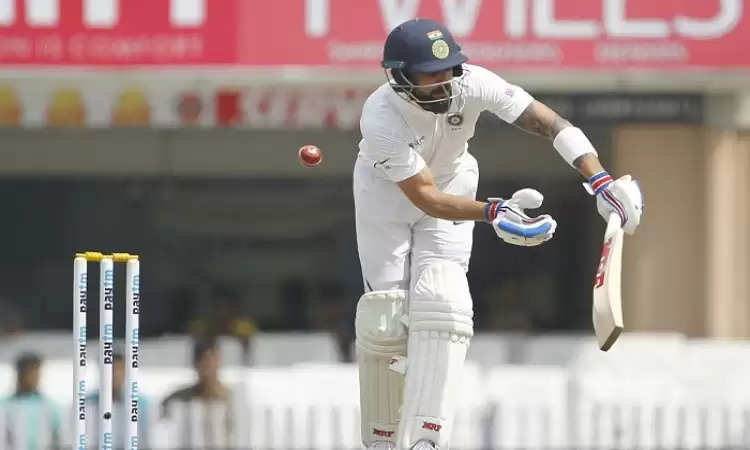 It was the start of an away season for India and Kohli had already failed in the first innings of the Cape Town Test. Chasing 208, the Indian skipper looked on right from the get-go and was batting well. However, Vernon Philander set him up beautifully as he kept taking the ball away from Kohli before getting one to nip back and trap him in front. Kohli reviewed more in hope but ball-tracking showed all three reds.

After scoring a fabulous 153 in the first innings, it all fell on Kohli once again as India were chasing 287 in the second Test against South Africa in Centurion. But it was debutant Ngidi who got the better of the Delhi batsman. The South African pacer got the ball to keep low from a length which surprised Kohli and pinged him on the pad. Virat Kohli for the second time in as many Tests reviewed in hope but to no avail as DRS showed it was plumb.

Kohli was absolutely magnificent at Edgbaston in the first Test against England in 2018. He buried his demons from the past and scored a fine 149 in the first innings, leading India’s charge. In the second innings, India were chasing 194 for victory and it was Kohli once again who was leading the way. However, Ben Stokes got one to tail back into the right-hander and trapped Kohli LBW as the latter tried to work the ball on the on-side. The Indian skipper Virat Kohli opted for the DRS but ball-tracking showed the ball was crashing into leg-stump and India’s hope ended with his dismissal with 51 runs still needed with three more wickets left.

After a fabulous Test match at Edgbaston, Kohli had a failure in the first innings at Lord’s. He was looking in decent touch in the second innings but Stuart Broad jagged one back into the right-hander which brushed Kohli’s glove and Ollie Pope grabbed a sharp chance at short-leg. The Indian captain didn’t think he felt the ball brushed his glove but snicko showed a spike and he was on his way.

India did really well in England to come back from 0-2 behind and win at Trent Bridge. They were in a good position in the fourth Test at Southampton as well but Sam Curran’s knocks proved to be the difference. India were chasing 245 in the fourth innings and Kohli was once again at the forefront of things. He scored a fifty and was keeping India in the hunt. But Moeen Ali got the better of him as he got one to rip off the rough and had Kohli gloving to short-leg. Kohli reviewed in desperation but snicko proved that he had gloved it.

After scoring a ton in the first Test, Kohli was once again looking good for a big score in the second Test against West Indies. However, his counterpart Jason Holder trapped him in front when the Indian skipper was batting on 45. It looked dead to the naked eye but Kohli decided to review but it was in vain as the ball-tracking showed it was clipping leg-stump which was good enough to uphold the on-field call. 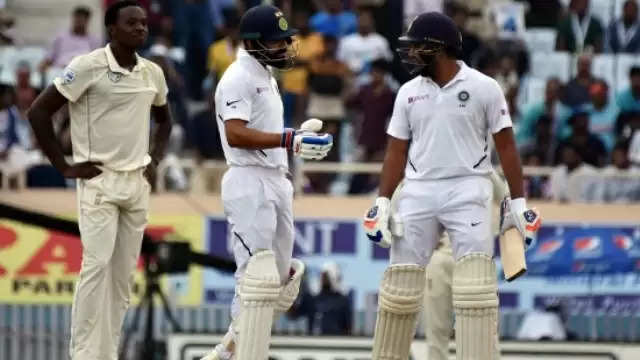 Kohli started the home Test summer with scores of 20, 31 not out and 254 not out. He was looking in great touch but Anrich Nortje got the better of Kohli in the third Test in Ranchi. The Proteas pacer got the ball right up and moved it back into the right-hander. Kohli shuffled across and was trapped in front. He reviewed but ball-tracking showed umpire’s call on hitting the wickets as the ball clipped the top of leg-stump.

Kohli had a shocking start to the Test series against Bangladesh. He was trapped right in front by Abu Jayed who nipped the ball back into the Indian skipper and had him LBW. It may have seemed like the height may have been the issue but it was not to be. Kohli was dead in front and he had to walk back for a two-ball duck.

Tim Southee worked up Kohli by dragging him across by successively bowling the away swingers. Kohli left the ball well and was playing it right under his eyes while defending it as well. He did look a lot better than his previous innings but soon after lunch, Southee decided to go for the nip-backer and had Kohli playing a loose shot. The ball struck Kohli on the pads and the umpire raised his finger immediately. With one second to go, Virat Kohli reviewed more in hope than anything else and the ball-tracking showed the ball was crashing into the middle stump and it was a shoddy DRS review. Kohli’s horror run continued.