New Zealand have had quite an unfair share of heartbreaks in Super Overs since last year. The World Cup final of 2019 was probably the biggest one of them and their wounds only got aggravated further when they endured the same fate during the home T20I series against England towards the latter part of the […]
By Prasenjit Dey Wed, 29 Jan 2020 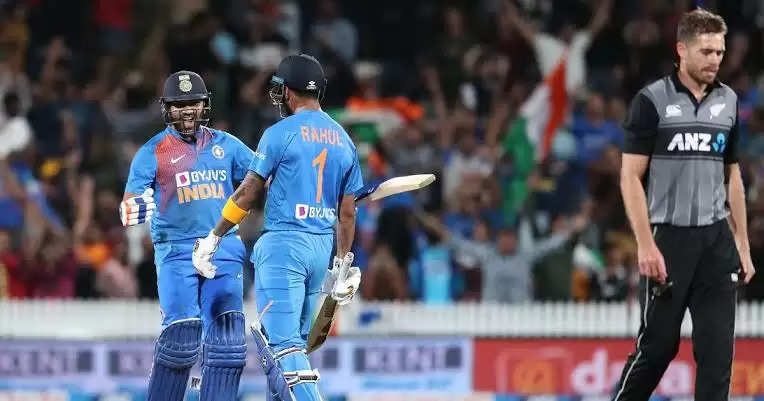 New Zealand have had quite an unfair share of heartbreaks in Super Overs since last year. The World Cup final of 2019 was probably the biggest one of them and their wounds only got aggravated further when they endured the same fate during the home T20I series against England towards the latter part of the year.

And, if these two occasions were not enough, their pain increased further as they went down in the Super Over of the third T20I against India on Wednesday once again.

The bowler who was at the receiving end of both of their last two Super Over defeats was none other than Tim Southee, one of New Zealand’s most experienced players.

Also Read: How KL Rahul is closing the door on MS Dhoni

But Southee has a long history of struggling in these situations. The pacer has bowled on five occasions in Super Overs for New Zealand in this format and has succeeded only in one of them. In fact, he has failed to defend 13 or more runs on the remaining four occasions, and that tells us why he wasn’t probably the best man to ask for the job when the Kiwis found themselves in a similar situation once again.

But you can’t blame Kane Williamson or the Kiwi think-tank for entrusting Southee with the responsibility this time as well, right?

For, there was Rohit Sharma at one end of the pitch. Yes, he had a pretty good outing in the match as he played a superb knock of 65 off just 40 deliveries. However, he was one batsman against whom Southee had enjoyed significant success in limited-overs cricket.

Southee has dismissed Rohit on eight occasions in ODIs and T20Is combined, and the strike-rate of the Indian batting stalwart against the Kiwi pacer in the respective formats read 69.80 and 108.51 respectively. So these numbers show how Southee has been the dominant force when it comes to match-ups between these two players.

Moreover, prior to this match, Rohit’s history in Super Overs hadn’t been good either. He had been in these situations only thrice, even after considering his overall tally of 327 T20 matches played, and he was yet to score a run as well. His outing in 2012 had ended up in a run-out whereas he remained stranded at one end in 2017. Rohit didn’t get a chance to bat when he found himself in the midst of the dreadful Super Over once again in 2019.

Rohit is India’s most capped T20 player (327 matches) but didn’t score a run in Super Overs before today. #NZvIND

So, the odds were stacked against Rohit Sharma as much as it was against Tim Southee while going into this super battle at Hamilton. However, if you had to back one player when the first four deliveries of the Super Over went for just eight runs, it had to be Southee.

Scoring 10 runs off the last two deliveries of an intense Super Over is no walk in the park for anyone. However, Rohit definitely has to be one of the few players you would back to do this job once again.

The 32-year-old is someone who clears the fence much more consistently than most other batsmen at present, and he has been in the form of his life for the last few years as well. Most people had written him off in Tests but he made his comeback to the format in a grand manner last year. He ended up as the top run-getter in the 2019 World Cup as well, and hence, his confidence has been at its peak for a while.

And it was this confidence that did the trick once again in the defining last two deliveries of this Super Over. He had quite a clear vision of what he needed to do and had full confidence in his abilities as well.

Southee, on the other hand, hasn’t had the luxury of such kind of confidence of late. He has been in and out of the team continuously. It is only due to the injury of two of New Zealand’s key bowlers — Trent Boult and Lockie Ferguson — that he found himself playing in this series. His vast experience and the absence of a senior pacer in the side are the reasons which worked for his selection in the series.

However, skills matter more in this format than experience. Southee had the latter but not the former, at least for this format. Rohit, on the other hand, has both and that’s why he came out victorious in the end.