Shreyas Iyer had chugged along to 18 off 18 balls at Vizag in the second ODI when Sheldon Cottrell dismissed Rohit Sharma, who was on 159. With India’s run-rate sitting pretty at 6.21 when they lost their second wicket, they would have ideally preferred someone walking out to play a blazing cameo – the 11-ball […]
By Rohit Sankar Thu, 19 Dec 2019 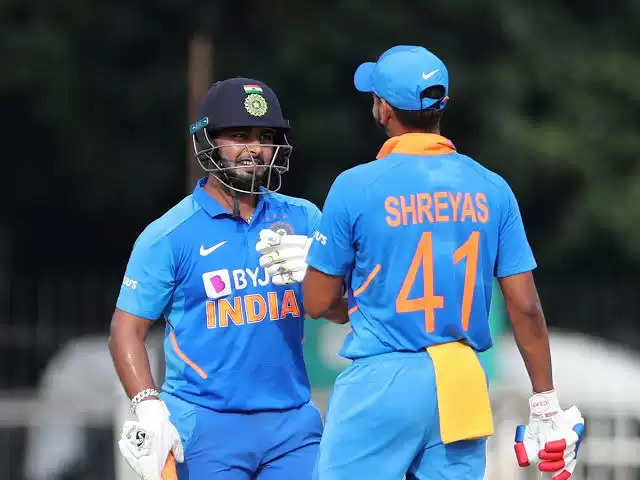 Shreyas Iyer had chugged along to 18 off 18 balls at Vizag in the second ODI when Sheldon Cottrell dismissed Rohit Sharma, who was on 159. With India’s run-rate sitting pretty at 6.21 when they lost their second wicket, they would have ideally preferred someone walking out to play a blazing cameo – the 11-ball 35 or 22-ball 50 kind. Instead it was Iyer who was sent in at his regular no. 4 position.

The one man who could have set the stage on fire was Rishabh Pant, but he was waiting his turn in the pavilion after being unsuccessfully tried in a similar scenario a week ago on the flattest of flat decks at Mumbai in a T20I game. Then pushed to no. 3 after Rohit and KL Rahul compiled 135 in 11.4 overs for the opening wicket, Pant slogged Kieron Pollard’s off-cutter down the throat of long-off to depart for a two-ball duck.

So when Rohit was dismissed here at Vizag and Pant eventually walked in, the onus was on the wicket-keeper batsman, coming off the back of a mature half-century at Chennai in the first ODI, to create an impact without slipping into the cauldron placed by fans to dry roast him.

When Iyer moved to 20 off 20 balls, Pant had faced just two balls for one run. Off the next six balls he faced, Pant would hoick three sixes (separated by a single) – long-off, cover and deep square-leg impacted – off Alzarri Joseph and Sheldon Cottrell respectively to go level with Iyer.

Off the next five balls, Cottrell  – whose white ball skills have been quite impressive in recent times – was thrashed for three fours and a six as Pant in typhoon-mode tore into the Windies, avenging his missed chance at Mumbai. By the end of the Cottrell over, Pant had moved to 38 in 13 balls with Iyer stranded still on 20 off 20 balls.

After losing Rohit Sharma in the 44th over with the team score on 292, India had plundered 40 runs in two and a half overs with Pant contributing to 38 off those. What appeared to be a case of two young batsmen looking to maximise the death overs soon wore a dog eat dog look as Iyer put forward a stiff challenge to Pant’s striking abilities with a callous onslaught himself. 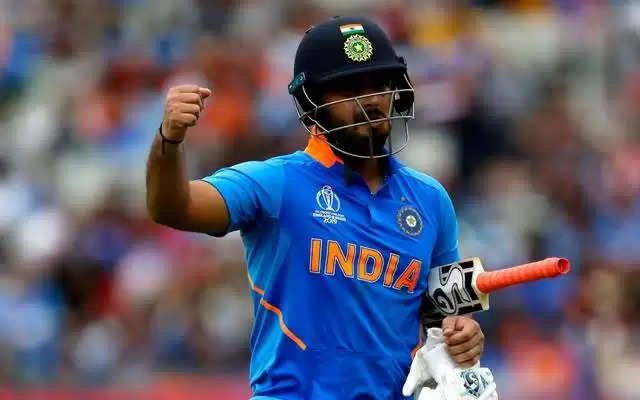 Rishabh Pant made an impression in his two outings this series.

Roston Chase, the off-spinner called up to calm down nerves and install order in chaos, was brutally hacked over mid-wicket thrice, down the ground once and along the ground another time as 31 runs came from the over. Iyer, who was on 20 off 20, overtook Pant to go to 48 in 26 balls by the end of the over.

Even as Kedar Jadhav ended India’s innings with a final flourish, the stirring 24-ball partnership between Iyer and Pant – one that yielded 73 runs with 8 maximums – left a lingering taste in the mouth.

Earlier in the series at Chennai, the two had once again been in a neck and neck race after India found themselves at 80 for 3 with Rahul, Rohit and Virat Kohli all back in the hut. Pant put a leash on his innate barbarity while Iyer showed the way with his resilience and calm positivity. The two put on 114 runs for the fourth wicket as India lifted itself up from an abyss to put on a decent total. 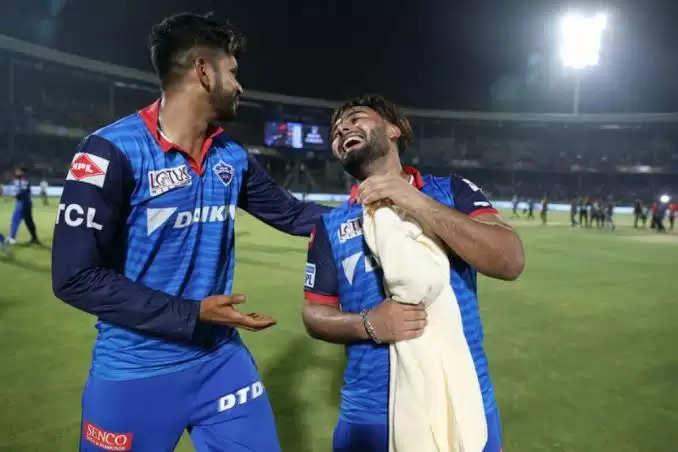 Rishabh Pant and Shreyas Iyer have been excellent for Delhi Capitals

Iyer and Pant make for a rather desi version of Jekyll and Hyde. When good, the two batsmen flow, oozing panache and flair. However, when things get tough, the two wear similar clouded expressions and appear as lost as ever. While Pant’s troubles are fairly common knowledge given the outlandish nature of his dismissals, Iyer’s struggles remain more obscure. Take for instance his game-changing dropped catch of Shimron Hetmyer in the first ODI at Chennai: the youngster looked lost and dejected as cameras panned his frame from head to toe.

That the two youngsters have mostly played for one spot in the Indian side is telling of the competitiveness between these two batsmen. The most extravagant display of this perhaps came out when both of them walked out to bat at no. 4 in a T20I against South Africa earlier this year. 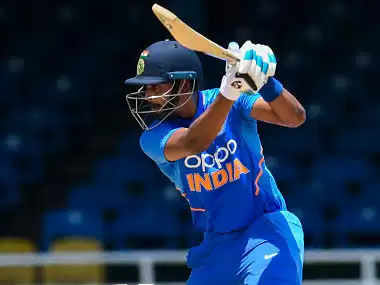 Shreyas Iyer has been in red hot form in ODIs for India.

However, it isn’t just restricted to that one incident. Take for instance a bizarre run-out scenario last year in the Indian Premier League, where they both represent the same franchise (Delhi Capitals). In the final over of a game, Deepak Hooda, the opposition batsman from Sunrisers Hyderabad, collided with the bowler while attempting a single and couldn’t reach the non-striker’s end in time as Rishabh Pant threw down the stumps.

Even as the umpires adjudged him out, skipper Iyer decided to be generous and offered the batsman a gift by asking him to resume his innings. A shocked Pant was seen walking up to Iyer and explaining why the batsman would have been out even if he hadn’t collided as he was running on the wicket. Eventually, Hooda had to make the long walk back.

A year before this, Pant slammed a 63-ball 128 – to date the highest score by an Indian in the league – at Delhi after he sold Iyer down the river by refusing a fairly easy single long after Iyer had reached mid-pitch.

In West Indies earlier this year, Pant was preferred over Iyer at the controversial no. 4 position before the tables turned in the return series. Iyer maximised his chances while Pant – averaging 28.25 after 14 ODIs –  wasted his. But with MS Dhoni unavailable and none of the other keeper batsmen around, Pant has become a regular in the side. With Iyer laying his marker down at no. 4, the two have had to bat longer periods together like at Delhi Capitals.

Freudian theory states that the unconscious mind influences the behaviour of the conscious mind. Deep within, the two know that if they stand together, it would work for their own betterment and the team’s.

Over the last two ODIs, it became evident that the intense rivalry had given way to quiet understanding and healthy competitiveness. By pairing up to thwart opposition sides, Pant and Shreyas Iyer, both brash, yet refreshingly talented, have given us a glimpse into the next-gen of India’s ODI batting.