There’s been a lot of focus on the Indian T20 team, especially on their batting. Back in August earlier this year, Ravi Shastri felt that only four or five players fit in the T20I squad. Yet, when the two teams (T20I and ODI squads) were announced for the series, as many as 14 players from […]
By Sahil Jain Thu, 12 Dec 2019 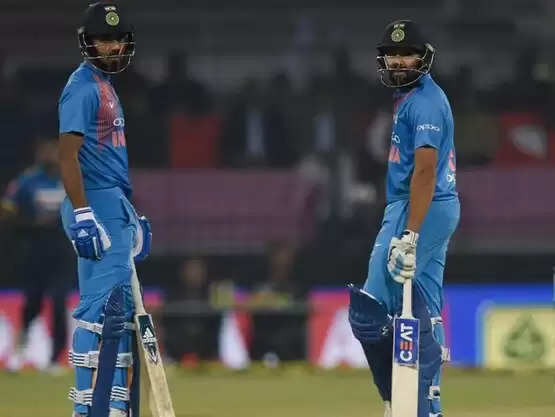 There’s been a lot of focus on the Indian T20 team, especially on their batting. Back in August earlier this year, Ravi Shastri felt that only four or five players fit in the T20I squad. Yet, when the two teams (T20I and ODI squads) were announced for the series, as many as 14 players from the two squads were the same.

India have had their issues with the bat  especially when they bat first. Often, they’ve found it tough to assess what a good score is, and have also tended to struggle. And their problems start right at the top.

For long, India have believed that the Rohit Sharma-Shikhar Dhawan combo is the way to go in T20 cricket. The duo have had quite a lot of success in ODI cricket. While they have the most runs by an opening pair in T20I cricket but Dhawan has struggled quite a bit in the shortest format.

He had a very good 2018 in T20I cricket where he made 689 runs in the year. However, apart from that, he’s largely had troubled times. This year he’s scored 272 runs at an average of 22.66 in T20Is. However, he has been constantly backed despite his middling returns.

Moreover, this unfair backing has either kept KL Rahul out or has made him bat at No. 3 or 4 which rejigs the batting order once again. Rahul averages 43.76 and strikes at 146.46 with 1138 runs to his name in the shortest format. Despite such numbers, the Karnataka lad has constantly found himself out of the XI.

Time and again, Rahul has shown he has to open the batting in T20I cricket. And pairing with Rohit Sharma could well be the way for India to go forward. In fact, it had to happen quite some time back and India always needed an opening pair like the Rohit-Rahul duo.

When Dhawan opened with Rohit, the former did score boundaries but the Delhi left-hander often consumed deliveries as well. And the onus was on Rohit to take the attack to the opposition first up. He is someone who likes taking time at the start of his innings. Yes, there are times he goes after the bowling straight away but he generally likes to go through the gears. Rahul’s presence allows him to do that. He is the someone who likes to get going early and can take the pressure off Rohit. He not only deals in boundaries but Rahul is pretty busy at the crease as well.

Also Read: IND vs WI, 3rd T20I: Pleased to be contributing in all formats, says Kohli

And when the two of them were in full flow in the third T20I at the Wankhede Stadium on Wednesday, they showed exactly what they can do. They can go berserk and just take the game away from the opposition right at the top. And that’s what India need at the top of the order in T20Is, especially when they bat first.

Batting first has been an issue for some time and they have tended to struggle. Since the start of 2018, including this win in the third T20I against West Indies, India have won nine out of the 17 games. One of the big reasons has been the indecisiveness and skipper Kohli identified that when he said after the third game, “Batting first, we have been too tight and hesitant.”

Hence, it is imperative that the foundation is laid out at the top of the order. India cannot afford to have tentativeness and have pressure build up early on. Rahul’s consistency also plays a big role. There was never a question on Rohit’s position but he had a rather quiet year as well. But the Rahul-Rohit pair boast of a more formidable look. Also, they may have batted together in just eight innings but have scored at an overall run rate of 10.03.

Dhawan has a poor record in ICC World T20 tournaments and he’s been dropped midway in 2014 and 2016. India cannot afford to make the same mistake again. They needed to get over Dhawan quite some time back. However, it’s not too late now either. Rahul needs to play every T20I that India play now and he has to open with Rohit in order to give India the much needed one-two punch combo at the top of their order.