There’s a tale about how Graeme Smith pushed Vernon Philander to play Test matches. In the 2014 home series between South Africa and Australia, the hosts lost the first Test and had a seaming deck ready for the second game at Port Elizabeth when Graeme Smith – then captain of the Proteas side – received […]
By Rohit Sankar Sat, 28 Dec 2019

There’s a tale about how Graeme Smith pushed Vernon Philander to play Test matches. In the 2014 home series between South Africa and Australia, the hosts lost the first Test and had a seaming deck ready for the second game at Port Elizabeth when Graeme Smith – then captain of the Proteas side – received news that Vernon Philander was struggling with a back injury.

Smith knew Philander was tailor-made to bowl on the St George’s Park surface. What he also knew was that Philander at times needed tough love – a push to “get him into the contest”. Smith wasn’t prepared to ink someone else into the team sheet and waited until toss to give him time to pass a fitness test.

The skipper — and now South Africa’s team director — then went on to write Philander’s name in the team sheet while walking out for the toss. The pace bowler went on to grab the big wickets of David Warner, Chris Rogers and Michael Clarke in the first innings as South Africa won by 200-plus runs.

Philander and Graeme Smith have a very interesting history. It was Smith who introduced Philander at Newlands against the Aussies in 2011 when the seamer swung the Test Proteas’ way after bowling Australia out for 47 in the second innings on a green deck. 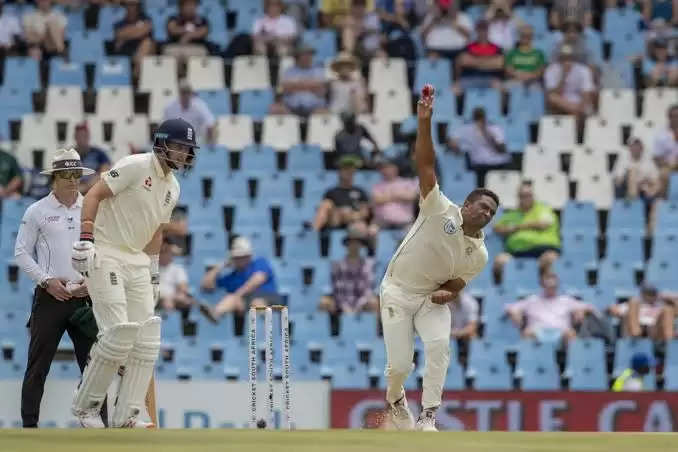 Might Graeme Smith’s appointment as director have something to do with Vernon Philander thinking about moving to Somerset?

He also watched as Philander was out injured three times in his first 10 series. In Philander’s second series against Sri Lanka in 2011, he sat out the Boxing Day Test owing to a knee concern. A back problem then saw him miss the second Test in Australia in late 2012. In January 2013 against New Zealand at home,  a hamstring problem saw him miss a Test. The next time was at St George’s Park in 2014 when Smith forcefully wrote Philander’s name on the team sheet.

Smith has publically gone on to question Philander’s fitness levels even after he retired, most notably in the 2017 tour of England – “This whole series, it’s been a struggle to keep Vernon on the field. It gets frustrating when you’ve got a senior player and an outstanding performer like him and fitness is becoming an issue. It raises questions about whether he is fit enough to be picked in the first place,” Smith told ESPNCricinfo at the time.

Even before Smith’s first series as director of cricket with Cricket South Africa (CSA) took off, Vernon Philander declared his plans to retire at the end of the series. Might it have something to do with Smith’s constant questioning of the seamer’s fitness levels on commentary and his new role as director? Philander is 34, and isn’t the most fit, but he isn’t walking away from cricket entirely. In fact, the early retirement will see him go the way Morne Morkel did – a contract in England.

“Everyone knows that,” Philander said at the end of day two when he was asked about the Somerset contract rumours.

In what seemed to be a final push at International level for the nagging line and length pacer, he put on an exhibition of seam bowling. In his first five overs, Philander leaked no runs and picked up Rory Burns’ wicket by exposing his tendency to flirt across the line. 5-5-0-1 read his incredible first spell as South Africa jostled advantage on day two. 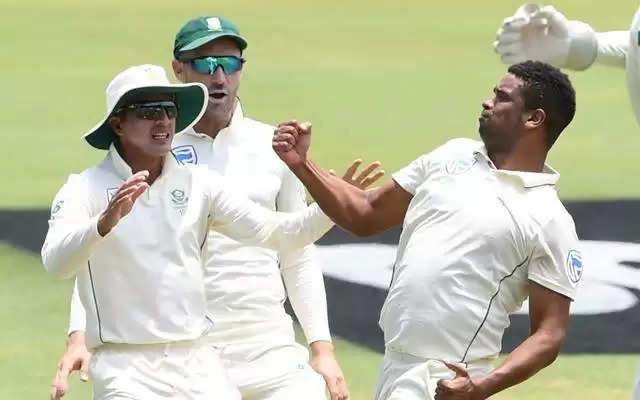 In the interim, he picked up the big fish, Joe Root, by  teasing to bring one back into him after lunch but never actually doing so. Of the fifth away seaming delivery after lunch that Root faced from Philander, he nicked to the keeper.

But keeping Philander out of the game was impossible. He returned immediately after the tea break and off the first ball of his third over, he had Jos Buttler edging with a wobbly delivery that bounced and seamed across the England keeper. By cleaning up Jofra Archer from that very impossible-to-negotiate length and line, Philander ended another extraordinary display of seam bowling.

Sat in a team meeting with the Vern day , and if you know the game you know the amount of dismissals there are in the game. But Vern said there are 3 dismissals in a game , bowled , LBW and caught behind . That told me the skill of the man!

Fitness concerns notwithstanding, Philander remains an engaging bowler when at the peak of his prowess. Friday was another glance into the skill and expertise of this sensational find from South African cricket. Like with Kyle Abbott, Morne Morkel, Dianne Olivier and a slew of others, Philander will now grace the county circuit at Somerset, testing the defensive skills of England (or South African) batsmen.