Ben Stokes and Ollie Pope made centuries to hammer a South Africa team already hit by a ban for its top bowler as England took control on a potentially decisive day of the test series on Friday. Stokes made 120, Pope 135 not out for his maiden test century, and England surged to 499-9 declared […]
By PTI Fri, 17 Jan 2020 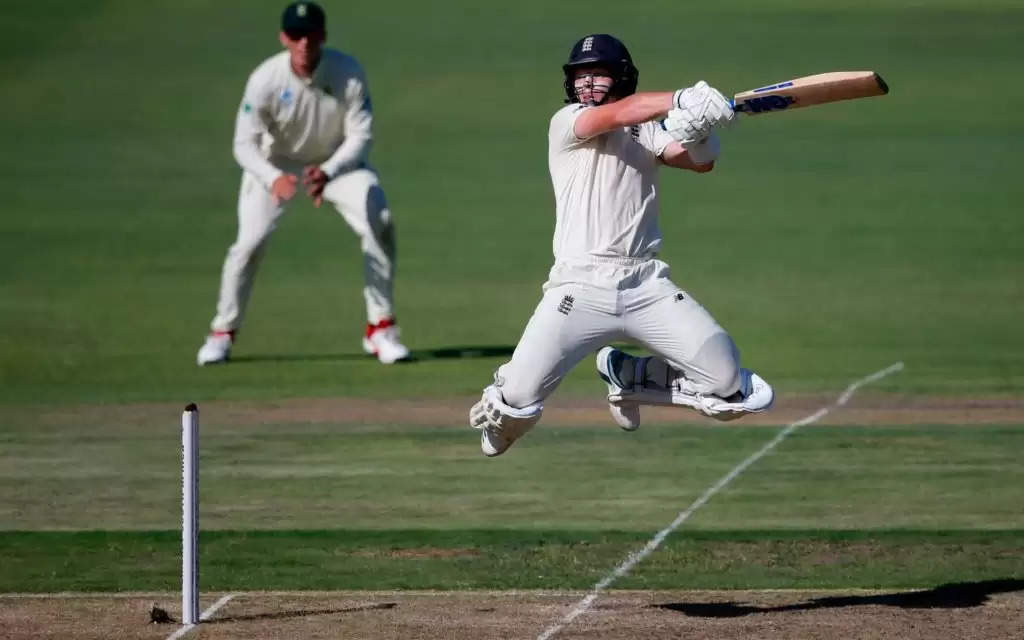 Ben Stokes and Ollie Pope made centuries to hammer a South Africa team already hit by a ban for its top bowler as England took control on a potentially decisive day of the test series on Friday.

Stokes made 120, Pope 135 not out for his maiden test century, and England surged to 499-9 declared on the second day of the third test in Port Elizabeth.

South Africa couldn’t safely see out 18 overs at the end and lost Pieter Malan (18) and Zubayr Hamaza (10) to be 60-2 in reply. Spinner Dom Bess took both wickets.

England was on top throughout a one-sided day and South Africa was relieved when rain finally allowed it to get off the field in the early evening. Bess constantly troubled the batsmen and fast bowler Mark Wood was clocking speeds of 90 mph (145 kph) at the other end.

With star allrounder Stokes leading the charge once again, England built a commanding position in the match and had possibly carved out a key moment in the series, which is level at 1-1 but leaning heavily in the tourists’ favor with one more test to come.

South Africa was way behind trailing by 439 runs and burdened by the additional blow of fast bowler Kagiso Rabada being banned for the series-deciding fourth and final test in Johannesburg next week.

Rabada’s ban was announced on Friday morning, a punishment for his provocative celebration in the face of England captain Joe Root on the first day of the test at St. George’s Park.

With that news hanging over them, the South Africans appeared completely deflated in the field and Stokes and Pope took full advantage on a pitch that’s pretty tough for bowlers anyway.

Stokes and Pope took their careful 76-run partnership overnight to an unbroken and flourishing stand of 187 by lunch. They put on a mammoth 203 for the fifth wicket by the time Stokes hit a square drive to be caught by Dean Elgar after lunch and give Dane Paterson a first test wicket on his debut for South Africa.

On a day when the start of play was delayed by nearly an hour, also because of rain, the overall outlook for South Africa was particularly gloomy.

Stokes, voted the world player of the year this week, played cautiously at the end of the first day to consolidate England’s promising position but broke free on the second morning and was in complete attack mode.

He lashed 12 fours and two sixes in all as he charged to a ninth test century. Three of those hundreds have come in the last five months and Stokes continued to punish South Africa on this tour.

He blitzed 72 off 47 balls, took a record-equaling five catches in an innings, and collected the match-winning wickets in England’s series-tying victory in the second test in Cape Town.

Stokes also had strong support from Pope in Port Elizabeth, and Pope went on to a big century after Stokes’ exit.

Sam Curran added 44 down the order in a half-century stand with Pope, and tail-ender Wood (42) and Pope added 73 for the ninth wicket as South Africa fell apart.

They launched a barrage of boundaries, with No. 10 Wood hitting five sixes. Pope finished with 18 fours and a six.

England’s 499-9 declared was the fourth highest total ever in a test at St. George’s and the second best by a visiting team. Only Australia in 1950 has made a bigger statement at the ground by a touring team.

England, 224-4 overnight, added 111 runs in first session, another 91 after lunch, and was rampant by scoring those 73 runs for the last wicket in just over eight overs before the declaration.

Rabada, who was South Africa’s best bowler on the first day, took no wickets on the second and looked as if his morale was shot. Left-arm spinner Keshav Maharaj had to lead the struggling and dispirited home attack with 5-180.

On a miserable day for him, Rabada had Wood out caught just before the end of England’s innings but was pulled up for a no-ball. AP