Australia’s Marnus Labuschagne hit a maiden one-day international century on returning to his South African roots – but could not prevent South Africa from completing a series clean sweep in the third and final one-day clash at Senwes Park on Saturday. Applauded by a large group of his South African family, Labuschagne made 108 in […]
By PTI Sat, 7 Mar 2020 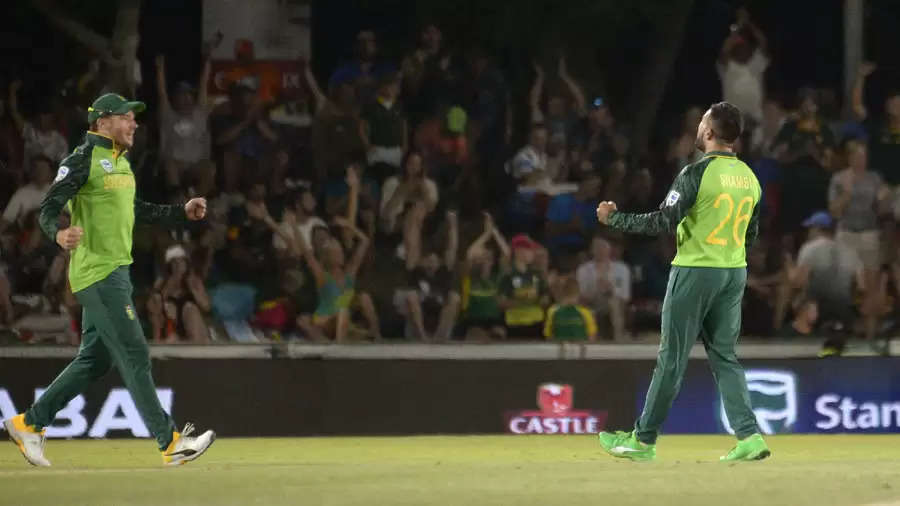 Australia’s Marnus Labuschagne hit a maiden one-day international century on returning to his South African roots – but could not prevent South Africa from completing a series clean sweep in the third and final one-day clash at Senwes Park on Saturday.

Applauded by a large group of his South African family, Labuschagne made 108 in an Australian total of 254 for seven after they were sent in to bat.

South Africa were always ahead of the required rate and coasted to a six-wicket win with 4.3 overs to spare. Man of the match Jon-Jon Smuts (84), Kyle Verreynne (50) and man of the series Heinrich Klaasen (68 not out) made half-centuries.

Also Read: How much more can Quinton de Kock take before a blowout?

Klaasen hit 242 runs in the series and was only dismissed once. “It’s been a fantastic couple of weeks for me,” he said.

It was South Africa’s third successive one-day series win against Australia and their 11th win in 12 matches against them, going back to September 2016.

“It’s been disappointing but credit to South Africa, they put us under pressure with bat and ball,” said Australian captain Aaron Finch.

It was a bitter-sweet day for Labuschagne, who was born in Klerksdorp, 50km away, and started school in Potchefstroom before his family moved to Australia when he was nine years old.

He said it was “very special” to score a century so close to the town where he was born.

“I carried on like a bit of a goose,” he said on SuperSport television of his emotional celebration on reaching his hundred, “but it was amazing. I have 50 of my family members out there from all over South Africa.”

But he was quick to add there were no divided loyalties. “I left so young, I love Australia, it’s my country,” he said.

“Although I was born in South Africa and there’s a little spot in my heart for the country, I’m Australian through and through.”

Labuschagne, with help from D’Arcy Short (36), Mitchell Marsh (32) and Jhye Richardson (24 not out) had to rebuild the innings after the South African bowlers took advantage of early life in the pitch and reduced Australia to 55 for three after 15 overs.

By contrast, Janneman Malan and Quinton de Kock gave South Africa a fast start, putting on 47 for the first wicket off 49 balls before both were dismissed in quick succession by Josh Hazlewood, one of three changes among the Australian bowling attack.

Smuts and Verreynne steadied the innings with a third wicket partnership of 96 off 103 balls before Klaasen helped Smuts add 79 for the fourth wicket.

Smuts was caught in the deep but Klaasen finished the series in style by hitting Mitchell Marsh for two fours and a six off successive balls.