Oman defeated Hong Kong by just 12 runs in a do-or-die T20 World Cup qualifier to reach the finals in Australia along with Scotland who thrashed United Arab Emirates by 90 runs. Oman and Scotland join Namibia, Netherlands, Papua New Guinea and Ireland, who had already booked their places in the 2020 showpiece but are […]
By PTI Thu, 31 Oct 2019 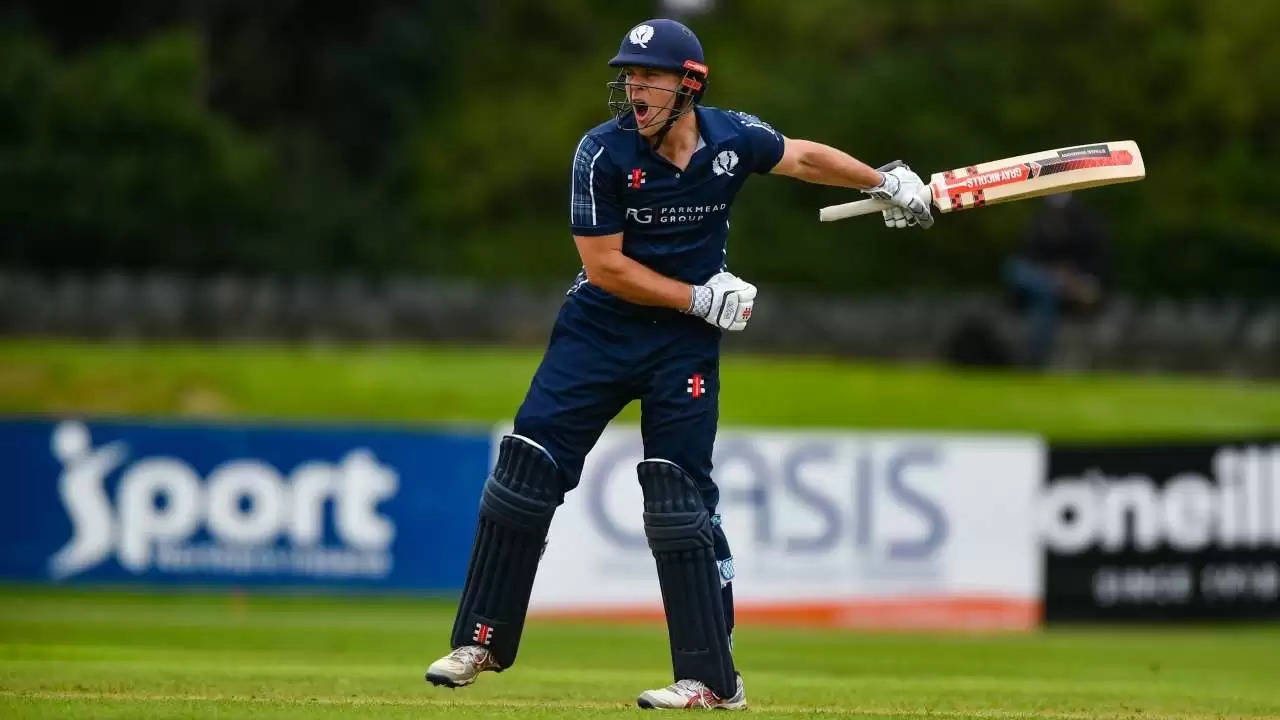 Oman defeated Hong Kong by just 12 runs in a do-or-die T20 World Cup qualifier to reach the finals in Australia along with Scotland who thrashed United Arab Emirates by 90 runs.

Oman and Scotland join Namibia, Netherlands, Papua New Guinea and Ireland, who had already booked their places in the 2020 showpiece but are still competing for the winner’s trophy in UAE.

Chasing just 135 to win, Hong Kong collapsed to 18-5 with left-arm seamer Bilal Khan taking three of the wickets to fall on his way to match figures of 4-23 on Wednesday.

Scott McKechnie, who top scored with 44 off 46 balls, helped steady the ship with a partnership of 52 for the sixth wicket with Haroon Arshad (20) but Hong Kong struggled to get the ball away in the tough, heavy conditions and finished on 122-9.

Oman had also found it hard going, slipping to 42-6 by the end of the ninth over.

However, they were indebted to opener Jatinder Singh, who carried his bat for 67 with seven boundaries and a six, as well as tail-enders Aamir Kaleem (17) and Naseem Khushi (26 off just nine balls) to take them to a defendable target.

“We’ve had early mornings, we’ve sweated a lot, and this is our reward,” said Jatinder.

“Bilal was lethal today, he was unplayable, getting the yorkers right, bang on target. He was marvellous.”

Earlier, George Munsey belted 65 as Scotland made 198 before UAE were all out for 108, with nine balls left.

Scotland had struggled in group play and finished only fourth in their seven-team group.

“Not gone our way on this trip but nice to get over the line in the must-win game,” said opening batsman Munsey.

Hosts UAE, whose squad had been diminished by the suspension of four players after corruption investigations, only narrowly missed an automatic World Cup berth when they finished third in their group on net run rate.

“We turned up when we were pushed into a corner,” said captain Ahmed Raza Scotland won the toss, batted first and quickly went on the attack.

Skipper Kyle Coetzer hit two fours in the second over. Munsey struck two reverse sweep sixes and a four in the third.

By the time Coetzer was out for 34 in the 12th over, Scotland were on 87. The assault continued as the new batsman, Michael Leask smashed a six off the second ball he faced.

“It’s always nice to score runs for the boys as a collective batting unit I thought we were brilliant,” Munsey said.

UAE lost their first wicket with the score on four in the first over.

Their best hope went in the eighth over when top scorer Rameez Shazhad went for a brisk 34 in the ninth over, caught by Munsey off Watt.

The T20 World Cup takes place in Australia from October 18 to November 15 next year.