Shimron Hetmyer: It was my best knock

Swashbuckling West Indies batsman Shimron Hetmyer described his match-winning 139 against India in the first one-dayer here as the best knock of his career but said he would have been happier had he finished off the game. Shimron Hetmyer was out in the 39th over after stitching 218 runs for the second wicket with fellow […]
By PTI Mon, 16 Dec 2019 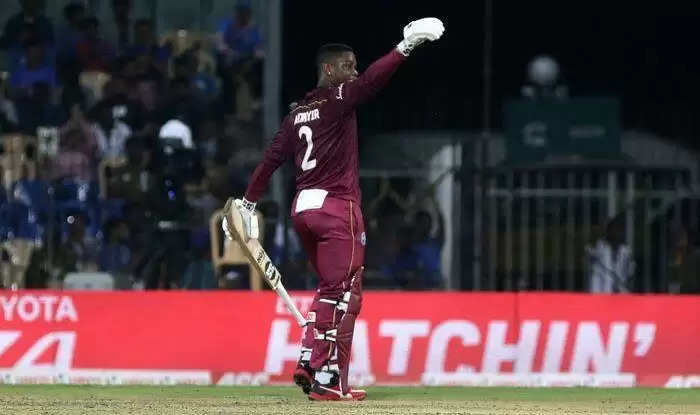 Swashbuckling West Indies batsman Shimron Hetmyer described his match-winning 139 against India in the first one-dayer here as the best knock of his career but said he would have been happier had he finished off the game.

Shimron Hetmyer was out in the 39th over after stitching 218 runs for the second wicket with fellow centurion Shai Hope (102 not out), with the West Indies at the stage needing 59 runs from 11.2 overs with eight wickets in hand. 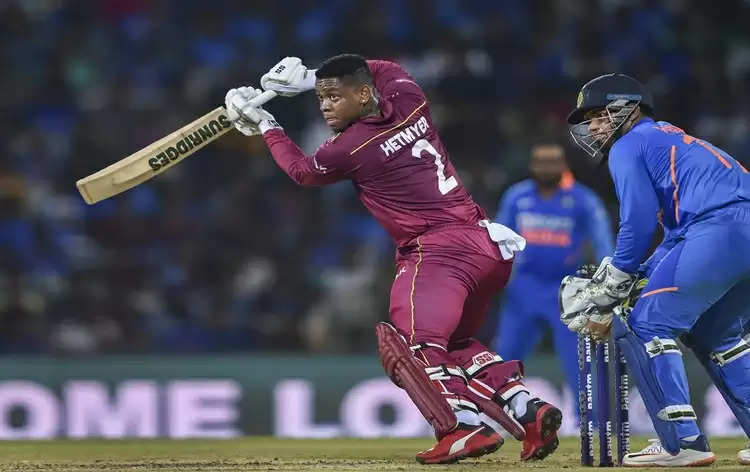 Hope and Nicholas Pooran (29 not out) eventually chased down the target of 288 with 13 balls to spare.

“This is my highest score in international cricket, so this would be the best one. It’s always nice chasing a score than a setting one. Chasing and taking the team home is a much better feeling. Sad that I didn’t finish the game, but it’s a work in progress for me,” Hetmyer said a the post-match press conference.

He said he just kept it simple and batting with Hope also made it easier as they have good understanding between them.

“We just keep it simple because we’ve played with each other for quite a while now. So, I know his game and he knows mine. So, basically when we’re batting together, most of the time, I’m the aggressor and he’s the person who sticks around and bats around,” said Shimron Hetmyer who faced 106 deliveries during his knock.

“And if he gets the boundary ball, he puts it away. For us, it’s always nice batting with someone like him because he’s going to make sure you get the strike as much as possible and it’s easier to execute,” he added.

His career-best knock also came just before the IPL auction on December 19 but the 22-year-old batsman said he was not thinking much about the upcoming cash-rich T20 league at the moment.

Asked if he was trying to prove a point with a ton days before the IPL auction, he said for him it was about enjoying his batting.

“To me it’s about enjoying my batting, it’s cricket, sometimes you score runs and sometimes you don’t. Didn’t have the best IPL (2019 season), it’s a nice experience, it always helps you to come back much stronger from there. I just try as much as possible to put that behind me,” he said.

The left-handed batsman played for Royal Challengers Bangalore in 2019 season, scoring 90 runs from five matches. The IPL auction will be held on December 19 in Kolkata.

Asked about the pitch which appeared to be slow when India batted, he said, “For me, there wasn’t really much slowness. There was dew as well, which is always a factor batting second in India. The ball didn’t really stop as much, it just stuck in the pitch a little bit when the seamers bowled cutters.”

Hetmyer said he had learnt a lot from experienced players while turning out for Guyana Amazon Warriors in the Caribbean Premier League.

“It was a good experience (playing in CPL), challenging. Playing alongside some of the best players in international cricket, it helps you as well, they share knowledge with you and you just have a back and forth conversation on how they go about doing their stuff.

“Even Polly (captain Kieron Pollard) as well, he is one of the best finishers in world cricket, just to speak to him in the dressing room and how he goes about his stuff. Even (Chris) Gayle, on how starts his innings, overall it’s very nice to have these guys around,” Shimron Hetmyer added.