24 players, three teams, 36 overs divided into two halves, one cricket match. Cricket was back live in South Africa and it was in the form of a brand-new format, 3-team cricket or 3TC. Even though it was just for a day, it was for a good cause. It was a great initiative to help […]
By Sahil Jain Sat, 18 Jul 2020 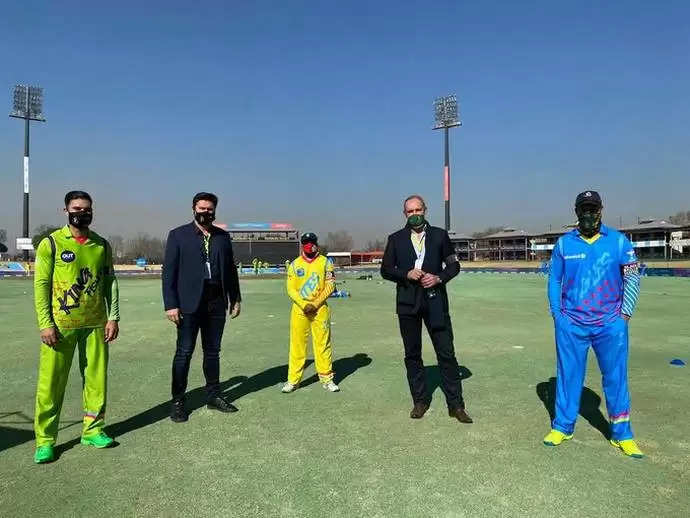 24 players, three teams, 36 overs divided into two halves, one cricket match. Cricket was back live in South Africa and it was in the form of a brand-new format, 3-team cricket or 3TC. Even though it was just for a day, it was for a good cause. It was a great initiative to help the people in need. But it also provided a platform to promote the ‘Black Lives Matter’ movement.

The game started with a draw. Unlike a normal game, batting or bowling wasn’t decided by a toss. Each team picked a draw in order to determine who started and who did what first. The Kingfishers led by Reeza Hendricks drew first and started proceedings with the bat. Temba Bavuma’s Kites had the ball first up while AB de Villiers’ Eagles had to sit in the dugout for the first six overs.

The first half of a 3TC game sees 18 overs with each of the three sides batting six overs each. All the three teams got off to sedate starts and all the scores in the first half were between 56 and 66.

Reeza Hendricks and Janneman Malan opened the batting for Kingfishers. While Hendricks was slow off the blocks, Malan struck the ball cleanly and was looking in great touch. He provided some impetus to the innings as he drove Kingfishers to 40/0 in four overs. However, the Kites pulled it back nicely, especially the final over from Anrich Nortje who conceded just five and also picked up the wicket of Malan. Kingfishers finished at 56/2.

AB’s Eagles were up next. They didn’t have the best of starts as they dragged themselves to 32/1 in four overs before Aiden Markram unleashed himself. Alongside, de Villiers who played second fiddle in that first half, scoring 11 off 7, Markram went out on the attack and smashed a 23-ball 47 to propel the Eagles to 66/1.

Ryan Rickelton and Jon Jon Smuts opened the batting for the Kites and gave them a flying start. They were 44/0 from four overs before a couple of tight overs from the Eagles bowlers pulled things back. Andile Phehlukwayo got rid of Rickelton and conceded five runs in the fifth over. Junior Dala bowled a very good last over in the first half, conceding eight and picking up a wicket as well. Kites ended up on 57/2.

2nd HALF! In case you were wondering, the team that posts the most runs in the first half will bat first in the second half of the #SolidarityCup.

With the Eagles being benched first up in the first half, they got the opportunity to have a crack with the bat first in the second half. And it was an exhibition of some exhilarating batting. De Villiers cut loose and was in the zone while Markram continued his fine touch from the first half. But it was largely a de Villiers show. From 11 off 7 in the first half, the South African star went to 61 off just 24 balls. He smashed fours and sixes for fun with Markram joining in the fun at different stages. Markram himself ended up with 70. Eagles eventually scored 96 in the last six overs to finish on 160.

Like the first half, Kites batted second. Smuts and Bavuma kicked things off for them but both of them were back in the hut in the eighth over. However, that brought Dwaine Pretorius and David Miller to the crease. It was Pretorius who smoked the ball all around the Supersport Park and hammered a 17-ball 50. That knock helped the Kites to finish their 12 overs with a score of 138.

So, Kingfishers were chasing two targets – 139 to win the silver and 161 to win the gold from their first half score of 56/2. It was a stiff ask. Faf du Plessis gave them some hope as he smashed 22 runs off the eighth over. But he fell in the very next over and the Kingfishers never picked up from there and huffed and puffed their way to 113.

Eagles scored the most runs and won the gold. On the other hand, Kites ended up with silver as they fell 22 runs short of Eagles’ score. Kingfishers were nowhere close to the other two teams and got the bronze.

And it's the @TAKEALOT Eagles who win the first-ever #SolidarityCup!

Who were the star performers?

There were three players who scored half-centuries. Markram top-scored with 70 while de Villiers made 61 and Pretorius scored 50 not out. With the ball, as many as five players took two wickets each – Anrich Nortje, Glenton Stuurman, Andile Phehlukwayo and Lutho Sipamla.

What does the future hold for 3TC?

No new format gets away without it’s share of criticism. This is an experimental format. Yes, it was proper cricket with innings split into two halves and having an additional team making it three instead of the traditional two. But there was some confusion around some of the rules of the game. The six different zones the outfield was divided into did raise a few questions. People also didn’t find it easy coping up with the pace of the game as well early on, especially in the first half.

It was 3TC’s debut and it needs a lot more exposure. Maybe, it can be introduced at the domestic level. There is an extended 90-over version of the same format as well. It can definitely be tested more at the junior level, maybe in school or club cricket, where it’s not easy to fill a side with 11 quality players. The concept of having three teams was a good one, with the last team having two targets to aim at.

However, one big drawback was that the constant chopping and changing of innings every six overs sucks a lot of time as well. Traditionally, 36 overs should end in two and a half hours and if you consider a typical T20 innings break, it should maximum finish in three hours. This game of 36 overs did take more than three and a half hours. Also, as the game gets more intense and crunch, it could extend even more. This game did see quite a few long breaks which is one major negative.

Apart from that, things did seem good and interesting. This seems a nice beginning to a new format. It keeps all the teams involved all the time and the interest remains largely throughout the game, until the last team bats again. However, it does have a long way to go. For starters, the rules need to get a lot clearer. Also, if CSA wants to promote this format, they need to have a lot more matches in this format for the fans and the cricketing world to have a better understanding of how things work.

This format could bring some excitement in domestic and franchise cricket. But the point would arise that they already play three formats and there is a hectic schedule. Will they cut down on a few traditional format games to accommodate the 3TC? As far as international cricket goes, it’s tough to fit in another format.

The T10 and the Hundred give this competition but the idea of three teams, two halves and the other basic rules of this new format does bring some freshness. It may not really thrive but it was a decent and a great promotional start to the format with some of South Africa’s leading cricket stars taking part.