The Super-Over ghosts of the 2019 World Cup final still continue to attack New Zealand. Since the World Cup, they played in three limited overs series (all T20Is), and lost 2 of them, with the only win coming against a mediocre Sri Lankan side. What is worse is that in both the series New Zealand […]
By Kausthub Gudipati Mon, 3 Feb 2020 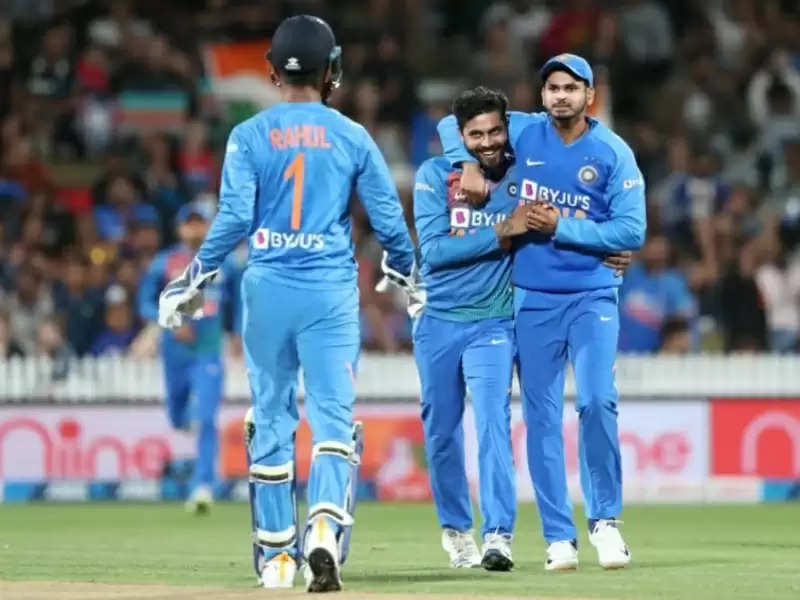 The Super-Over ghosts of the 2019 World Cup final still continue to attack New Zealand. Since the World Cup, they played in three limited overs series (all T20Is), and lost 2 of them, with the only win coming against a mediocre Sri Lankan side. What is worse is that in both the series New Zealand lost, the series loss was confirmed only in that match which they lost the Super Over. Unlike the other series, this time they couldn’t even win those matches which didn’t lead to the Super Over. India would remember this series for a long time, since it is a 5-0 away win against the only team they have a lagging head-to-head record in T20Is. Here’s a look at some important numbers from the series.

1 – This is the first time India have won a T20I series in New Zealand, which also means they have now won a T20I series against all teams they played away from home. Currently, they are the only Test nation who can boast of this achievement.

1 – India became the first team to whitewash a T20I bilateral series with five matches. This was their first 5-match T20I series, and they won all the matches. New Zealand could drag two of the matches until the Super-Over, yet couldn’t win a single match.

3 – This is the third time India whitewashed an opponent 5-0 at their home. They also did it in two ODI series prior to today – against Zimbabwe in 2013 and against Sri Lanka in 2016. The three series were all under the captaincy of Virat Kohli.

3 – During the final match of the series, Ross Taylor became the third male player to feature in 100 T20I matches, and the first from New Zealand. Rohit Sharma and Shoaib Malik are the other men to play over 100 T20Is. Taylor is the first player with a 50+ score in his 100th T20I match. However the strike-rate of just 112 wasn’t enough to take the team to win.

3 – In the same match, Rohit Sharma had to unfortunately retire-hurt, becoming the third captain to do so. The other two captains are Rizwan Cheema for Canada against Netherlands in 2010 and Ross Taylor for New Zealand against West Indies in 2012.

4 – Total super-overs bowled by Jasprit Bumrah in T20 format. Each of them resulted in his team winning. On the contrary, this series saw the 7th time Tim Southee bowled a super-over. New Zealand have lost 6 of these games.

4 – Total fifties hit by Rohit Sharma against New Zealand, which is the joint highest along with Dawid Malan.

7 – Manish Pandey is yet to be dismissed this year, infact since 6th August 2019. He remained not-out in each of his last 7 T20Is, which is the most by an Indian along with Dinesh Karthik. Each of the last 6 out of 7 innings of Manish, are double-digit scores.

Table: Most consecutive not-outs by Indians in T20Is

12 – Total innings batted by Martin Guptill against India, without any fifty. This is the joint highest along with Thisara Perera. But Perera is an all-rounder who bats at the middle, while Guptill is an opener, which makes the stat harsher. The specialist batsmen next to Guptill in most innings against India without a fifty-plus score are Soumya Sarkar (9) and Angelo Mathews (8).

19 – Other than just staying in the crease, Manish also has a knack of winning. India haven’t lost any of the last 19 T20Is featuring Manish Pandey (17 wins, 2 Super-Over wins). Mohammad Shahzad has a streak of 18 consecutive games from 2016 to 2018, with Afghanistan winning all. Among Indians, the next best is 11 in a row by KL Rahul in 2017-18. After the Nidahas Trophy loss to Sri Lanka in 2018, all the matches which Manish played have resulted in wins.

34 – In the fifth match, Shivam Dube conceded 34 runs to Tim Seifert and Ross Taylor, which is the second highest by any bowler in the format. Only Stuart Broad conceded more than him in an over. It is the highest runs conceded in a chase and also the highest despite his team winning.

Table: Most runs conceded in an over in T20Is

224 – KL Rahul overtook Colin Munro by 1 run in the record for most runs in a T20I bilateral series, with upto five matches. Since 5-match T20I series are yet to become common, it is understood that he took the help of more matches in series. But KL Rahul crossed 25+ runs in all five matches of the series, which is not an easy task in the shortest format.

Table: Most runs in a T20I bilateral series (max: 5 matches)

*Warner wasn’t dismissed in that series