“Oh crap! It’s Broad again with the new ball,” a user comments on the Facebook group ‘Stuart Broad is a shit bloke’ (yes, it exists!) as he runs in at David Warner during the 2019 Ashes Test series. The others are quick to shush him as they keep their fingers crossed for Warner to come […]
By Rohit Sankar Mon, 27 Jul 2020 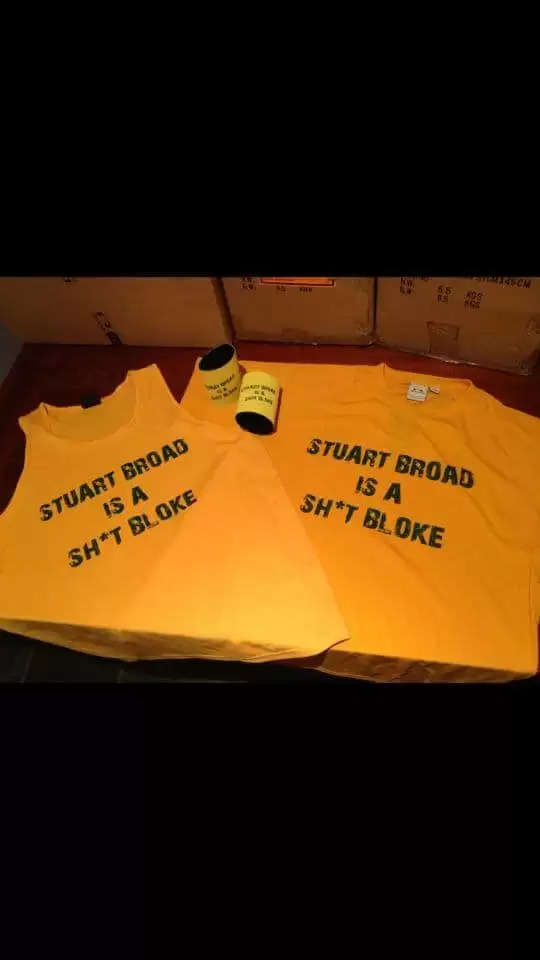 “Oh crap! It’s Broad again with the new ball,” a user comments on the Facebook group ‘Stuart Broad is a shit bloke’ (yes, it exists!) as he runs in at David Warner during the 2019 Ashes Test series. The others are quick to shush him as they keep their fingers crossed for Warner to come good. No, he doesn’t. Yes, it’s Broad again. For the millionth time in five Tests.

And thus, the Facebook group, that has over 62,000 likes, came to a grinding halt. It’s unlikely to pick up now with a certain 500 attached to Broad’s name. If you haven’t figured out yet how the group began, here’s a little history.

So, in 2013, the Australians (yeah, no surprise!) decided they had to taunt Stuart Broad in the home Ashes series. A group of Aussie guys printed out shirts, caps, cups, hats and other accessories in yellow with the line – ‘Stuart Broad is a sh*t bloke’. 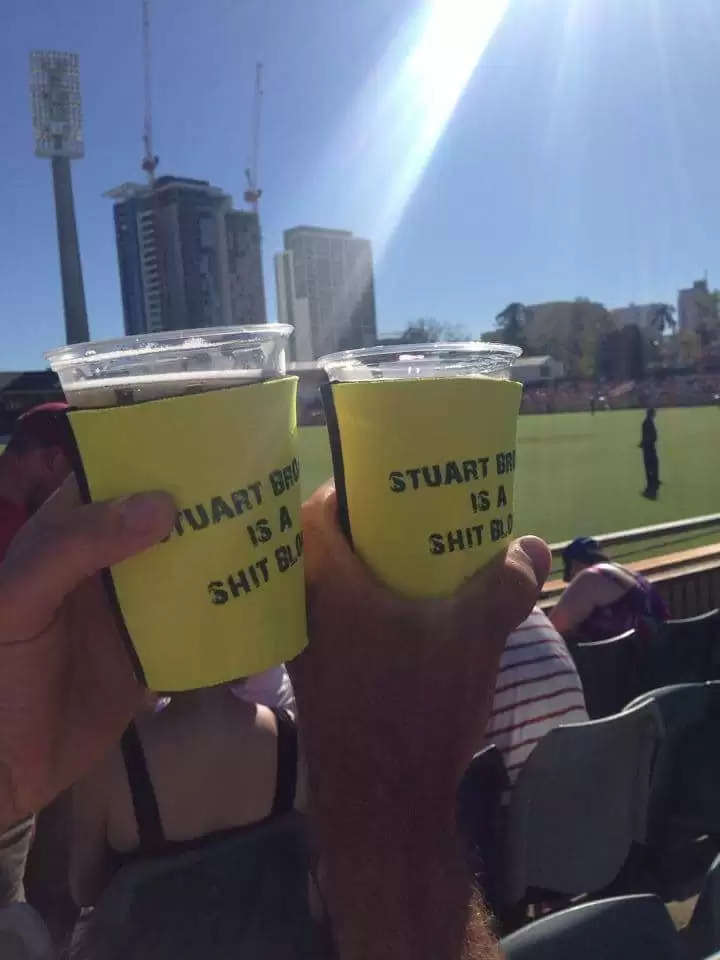 It picked up alright. The 2013 Ashes saw as many of these tees like Mitchell Johnson’s ‘Mo’ wigs. The Herald Sun in Australia put out a short jibe on their daily about Broad’s infamous refusal to walk after nicking a ball.

“Rumour has it that as a child, Broad refused to walk until he was 10 and still catches a cab from his lounge room to go to the toilet, such is his disgust for walking.”

Forget walking, Broad has definitely taken off for a run to the top of the Test wickets chart so much so that he can possibly identify the only Aussie ahead of him (Glenn McGrath) as his next bunny, ahem ahem.

And don’t get facts wrong. The 62,000-odd supporters the group has garnered has some clueless sh*t blokes. Don’t take my word for it. Take Graeme Swann’s, as he speaks on the infamous tees in a podcast.

“We were out in Melbourne for the Test match, and Broady was out with his mum walking near the MCG. A bloke’s walked towards him with a Stuart Broad Is A Shit Bloke t-shirt on. Broady’s thinking ‘oh no, not my mum, you can have a go at me but not my mum’ and the bloke stops and goes ‘excuse me mate, do you know where the pub is?’”

The cliché is that Stuart Broad is a bowler of great spells and a ‘sh*t bloke’ otherwise. To back it up, he has seven instances of taking five-wickets or more in a single spell. We all know the most captivating one, but the England pacer is in relentless pursuit of becoming more than just someone who casts a spell and then rests at fine leg.

He is constantly evolving and adapting to become a great bowler and nothing emphasizes this as much as the hours he had spent in the Trent Bridge indoor school in 2018 to reinvent himself after an underwhelming 2017.

He was on 399 wickets at the time and worked on his bowling action, constantly asking for inputs from coaches by sending his videos and even putting out tweets about his revamped action.

Working on my action to get more side on. More twist in my shoulders to get my front arm more towards the target, helping my feet align much better. Walk throughs give me a great feel of how my body is moving. Some balls come out great, some horrible, but I always say try… (1) pic.twitter.com/P2cJDlgYBX

He completed the 400 in New Zealand and finished the series with 11 wickets in 2 Tests at an average of 18.54.

A year later, touring the same country again, Broad had 467 wickets and the legendary Sir Richard Hadlee took a book out and signed one for Broad with the instruction: ‘Stuart. Go and get 500 Test wickets.’

Broad, in his own words, ‘drove on a bit’ by those words. He was the star for England through the Ashes and the tour of South Africa earlier this year, picking up wickets in plenty. An interesting stat by CricViz says that in 2017, when Broad had a terrible run of form, he had the most catches dropped off his bowling than any other bowler. In 2019, during the Ashes, he completed a century of catches dropped off his bowling.

That was the 100th drop off Stuart Broad’s bowling in Test cricket. #Ashes

So Broad decided to ditch those ‘sh*t’ catchers. He started targeting the stumps more, inspired by an analysis from Nottinghamshire analyst, Kunal Manek that said that when Broad was at his best, batsmen left under 15% of the balls. Since June 2019, Broad has 62 wickets of which 29 are bowler or lbw. In this series alone, 8 of his 14 wickets are bowled or lbw.

CricViz analyst, Sam Green, on the CricViz podcast talks about how Broad has also been persistent with a full length. According to him,  “before 2019 Broad’s average length the ball after being hit for four was 7.11m from the stumps; since then it is 6.46m. That’s 65cm fuller.” 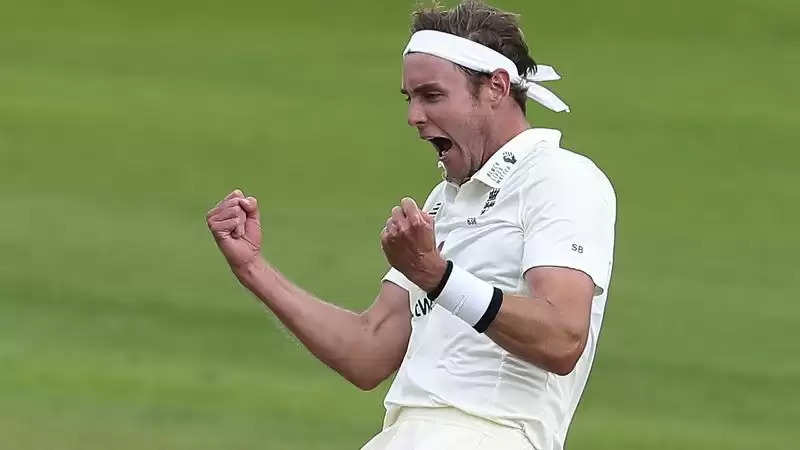 Taking wickets, even at the cost of being driven for a few, has been Broad’s mantra and it has reaped rich benefits. As he stands on a landmark achievement, the one thing that comes through clearly about Broad is that he is constantly becoming a better version of himself.

In that 2013 Ashes series, another daily, the Brisbane Courier Mail, ridiculed Stuart Broad by calling him a “27-year old English medium-pace bowler”.

In their editor’s own words, there was no worse insult that could have been thrown at Broad.

“We felt this was an even a graver insult than turning him into an asterisk and refusing to publish his image. What fast bowler wouldn’t be furious about being relegated to mediocrity?”

Broad got the joke, though. He walked into the next press conference with a cheeky smile and the copy of the paper under his arm. It’s unlikely that he still has a copy of that, but the chants from the stands calling him a “w***er” ought to be vivid in his memory.