“Hardworking” This is the only word you will come across on reading Deepak Chahar’s bio on Twitter. He could have chosen anything to write, starting from his hobbies to his proud profession of being an Indian cricketer. But a close look at his career over the years would reveal why he chose that exact word. […]
By Prasenjit Dey Mon, 11 Nov 2019 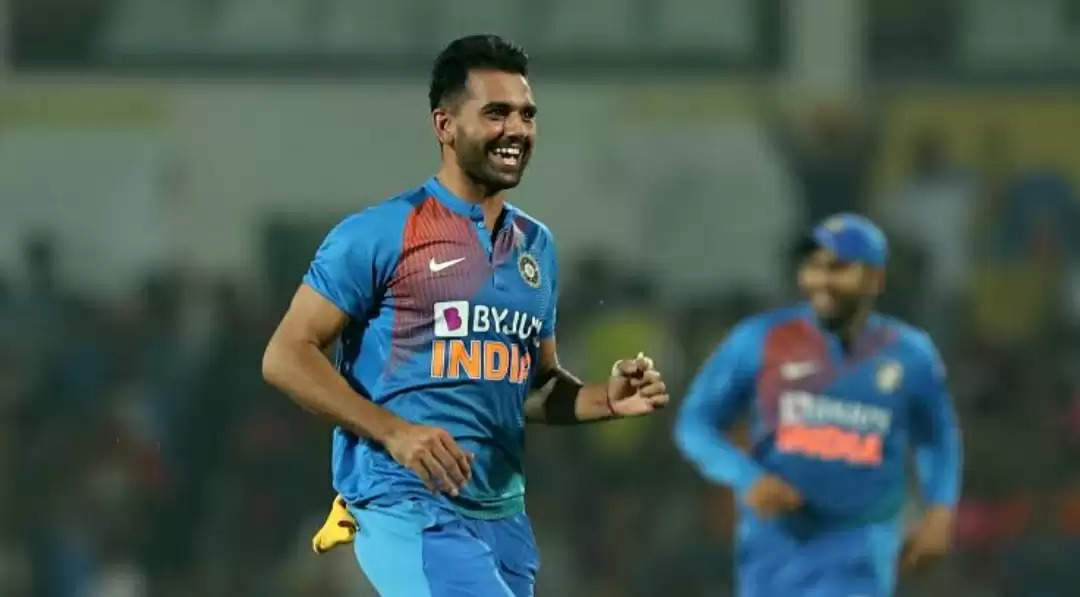 This is the only word you will come across on reading Deepak Chahar’s bio on Twitter. He could have chosen anything to write, starting from his hobbies to his proud profession of being an Indian cricketer. But a close look at his career over the years would reveal why he chose that exact word. Why there aren’t many words that would describe him better.

From being rejected as a final 50 prospect for the state in 2008 by then Rajasthan Cricket Association Academy Director Greg Chappell to suffering a spate of injuries over the next three seasons, life has knocked Chahar down on many occasions, and in many ways. But he has worked hard and has come back as a better version of himself everytime.

And it looks like his ‘hard work’ is finally coming to fruition as he became the first Indian cricketer to claim a hat-trick in men’s T20Is along with registering the best bowling figures in the format in what was only his eighth international match for India.

The 27-year-old registered figures of 6 for 7 in just 3.2 overs, which included a sensational hat-trick as well, to power India to a 30-run victory over Bangladesh in the series decider of the three-match series at Nagpur on Sunday. And what this splendid spell of fast bowling showed was Chahar’s transformation into a complete bowler from being a one-trick pony.

There was a time in the Indian Premier League when Chennai Super Kings skipper MS Dhoni would bowl Chahar out with the new-ball regularly. Neither did he have the variations nor the pace to land the perfect yorkers at the death. Natural swing was his only weapon to complement his medium-pace bowling.

However, there was a change in approach from the Indian mastermind this year as he started holding Chahar back to bowl in the death overs as well. He was bowling with a better rhythm as compared to the previous couple of seasons, had developed canny variations and his pace was up by a few kph too. Such improvements helped the Agra-born pacer to win them at least a couple of games with his death bowling during the course of the season. So the 2019 edition of the IPL showed for the first time that Chahar wasn’t only a new-ball bowler anymore. In fact, he had become equally capable of bowling during the latter half of the match.

Deepak Chahar bowled a sensational spell of 3.2-0-7-6 in the third T20I against Bangladesh at Nagpur

And it was no different when he achieved this unique feat in the Indian colours on Sunday. He bowled at three different stages of the innings–one over at the start, one in the middle and two at the death–and succeeded in getting breakthroughs during each of his spells.

Bangladesh hadn’t lost a wicket in the first two overs of their run-chase. But Chahar came on to bowl and struck twice in consecutive deliveries to send the likes of Liton Das and Soumya Sarkar back to the pavilion.

He got a good measure of the pitch from the first three deliveries he bowled in the over. There was not enough swing on offer from the conditions too. So, Chahar turned his focus towards extracting movement off the slow surface. And he did so successfully as Liton holed on to deep mid-wicket while trying to play a lofted shot on the fourth delivery of the over and Sarkar suffered the same fate on the fifth delivery as he tried to hoist Chahar over mid-off, only to find the fielder stationed there.

In fact, that was Chahar’s only over with the new ball. We are accustomed to see him bowling at least two overs in the powerplay. But skipper Rohit Sharma also chose to hold him back as India were playing a bowler short in this match. That, in turn, also went on to show how much faith he had also developed in Chahar’s bowling abilities during the latter stages of the innings.

But Rohit had to bring his ace bowler back midway into the innings as Bangladesh were cruising at 106/2 at the end of 12 overs. And what the pacer came up with was exactly what India needed. He built the pressure on the Bangladeshi batsmen, especially Mohammad Mithun, as they could score only four runs of the first five deliveries of the over.

Mithun had faced four of them scoring only one run off the bat and two runs in leg-byes, with the other two deliveries being dots. Naturally, he was looking to go for the big shot on the last delivery of the over. And Chahar was clever enough to bowl a slower delivery on length outside off-stump to which Mithun fell for easily. He tried to hit a six over long-off but ended up mistiming the shot due to the slowness of the pitch. KL Rahul did the rest as he completed an easy catch on the boundary to give Chahar his third wicket of the night. 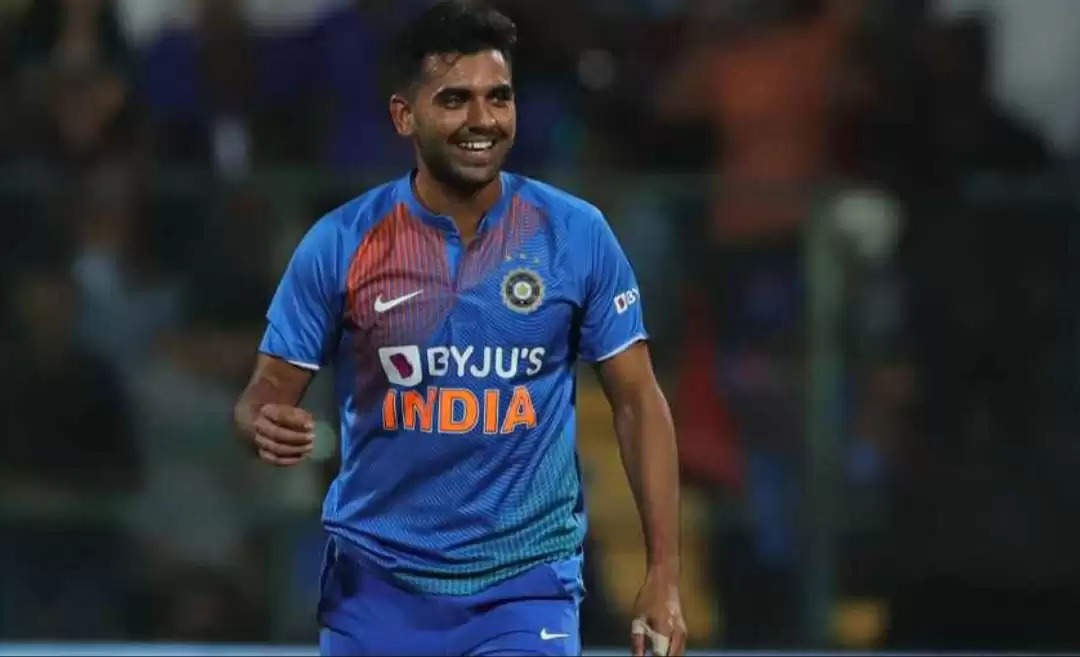 Thus, Chahar had succeeded in bringing India back into the game once again. In fact, that wicket of Mithun opened the floodgates and Bangladesh went on to lose four more wickets for just 21 runs in the space of the next four overs. And that was when the ace pacer was called up to finish things off, something he wasn’t doing a year back.

He bowled another tight over as he conceded four runs off the first five deliveries, and another slower delivery fetched him the wicket of Shafiul Islam on the last ball of the over once again. The catch went to long-on this time but into the safe hands of Rahul once again.

The 27-year-old came on to bowl the last over again with Bangladesh on a score of 144/8. Mustafizur Rahman slapped the very first delivery of the over straight to deep point to make Chahar the fourth Indian to claim a five-wicket haul in T20Is and, on top of that, it had put him on a hat-trick once again. Something which he had missed out on once earlier during his spell already.

The hat-trick ball which he bowled at that time was a length delivery outside off-stump but he wasn’t going to depend on any half-chances this time around. Chahar speared in a fast yorker straight into the block-hole to disturb Aminul Islam’s stumps and, there, he had the moment which he can cherish throughout his life. A hat-trick, a six-fer and a match-winning spell, all in one delivery stride.

Chahar now has 14 wickets to his name in just seven T20Is for India and, that too, at an excellent strike-rate and a mean economy rate of 10.4 and 5.75 respectively. Eight of those wickets have come in this series alone and he had good outings in the chances given to him in both of the previous series against West Indies and South Africa.

With Bhuvneshwar Kumar out due to injury, Chahar has proved himself as a serious contender for the second seamer’s slot in India’s T20I setup. In fact, if Bhuvneshwar’s dwindling death overs prowess of late is considered, it would be pretty difficult for him to get his place in the side back even when he recovers from his injury. And Chahar delivering consistent performances like this will only make things impossible for the former.

So, if the current situation, performances of respective players and requirements of the Indian team with the T20 World Cup in sight are taken into account, it could be said that Chahar is here to stay.

And as he said during an interview with Cricbuzz four years back, “I don’t want to be a flash in the pan. I want to play for a considerable time for India.”