Time ripe for KL Rahul to strike and seal his spot

India managed to complete their highest successful run-chase in T20Is after they chased down a mammoth target of 208 against the West Indies with eight balls to spare and with six wickets in hand. With this, they also won the T20I at Hyderabad and took a 1-0 lead in the three-match series. The star of […]
By Anuj Nitin Prabhu Sat, 7 Dec 2019 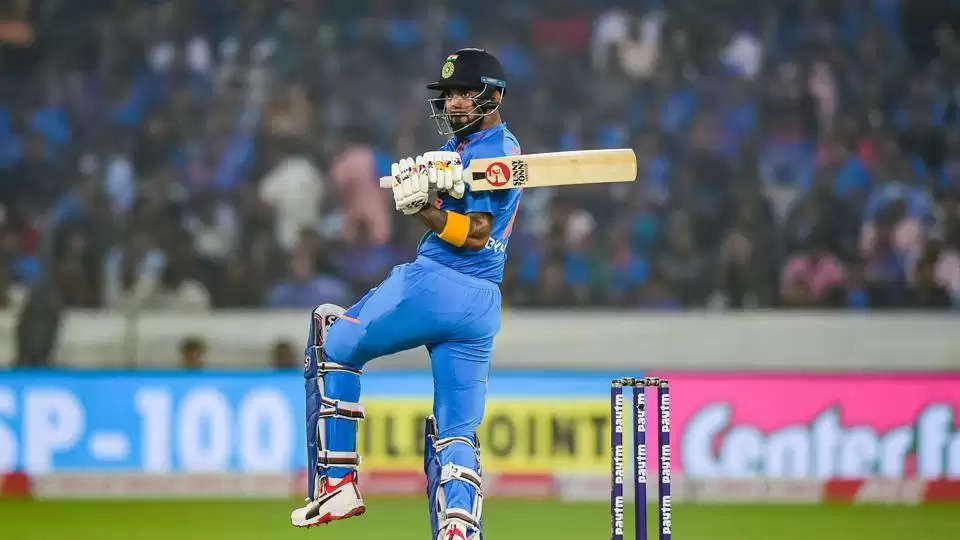 India managed to complete their highest successful run-chase in T20Is after they chased down a mammoth target of 208 against the West Indies with eight balls to spare and with six wickets in hand. With this, they also won the T20I at Hyderabad and took a 1-0 lead in the three-match series. The star of the show was definitely Virat Kohli, who after a slow start where he got only 20 runs off the first 20 balls, managed to re-analyze his batting and relied on timing more than the power to smash an unbeaten 94 off just 50 balls so see his team through. But another important contribution was that from KL Rahul, who played a fantastic knock of 62 off just 40 balls.

He held the shape of the Indian innings when Rohit Sharma got out cheaply and Kohli was finding it difficult to time the ball for the first half of his innings. Rahul did not let the required run rate slip from India’s grasp and kept the scoreboard ticking playing the attacking brand of cricket that he played in this year’s Syed Mushtaq Ali Trophy. With Dhawan out of the series due to knee injury, this was Rahul’s chance to cement his place at the top of the order.

Having made his T20 debut for India back in June 2016 against Zimbabwe, KL Rahul has always been in the scheme of things of the national team in both white-ball and red-ball cricket. He is one of the only three Indians to have scored a century in all three formats, the other two being Suresh Raina and Rohit Sharma. He has played 32 T20Is in which he has scored 1036 runs at an impressive average of 43.16 with two centuries to his name in this format. 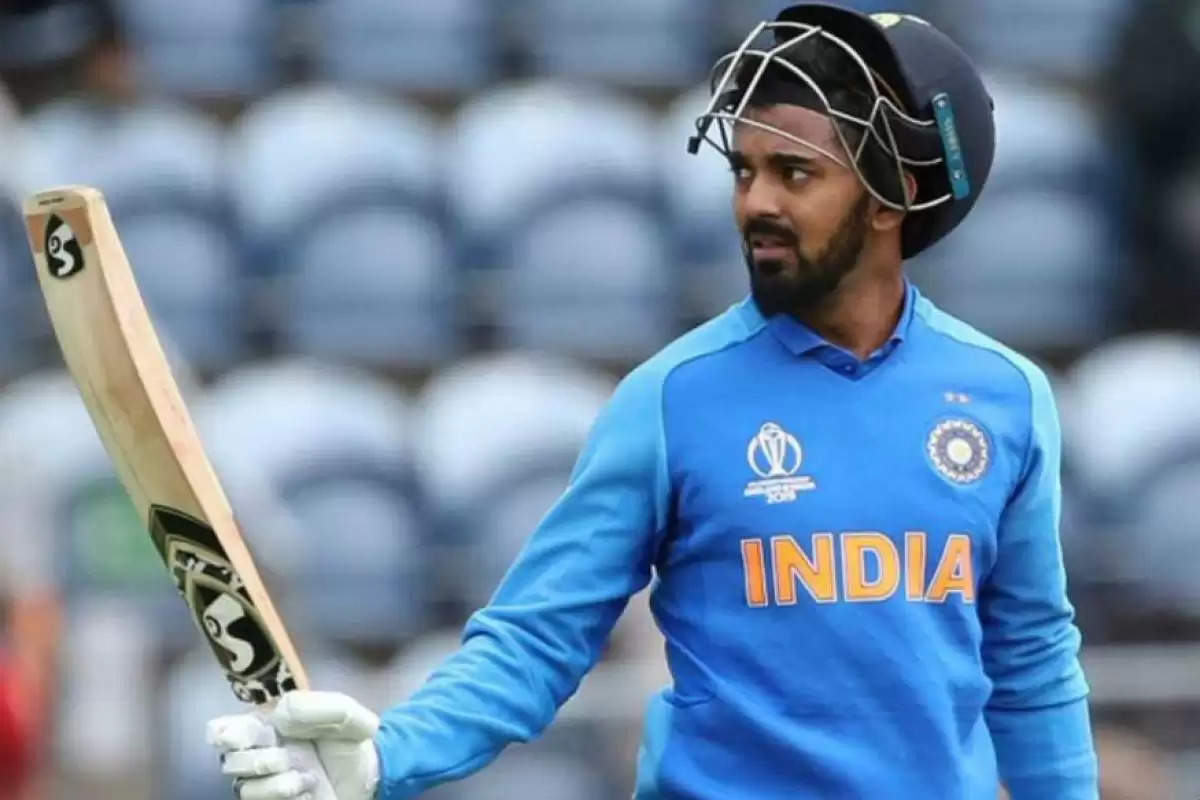 But one thing that has always hurt him is the inconsistency in chances given to him and also his inconsistent performances in the middle order. He had scored a fantastic century against West Indies batting at number four in Florida which seemed to have cemented his place at number four but then a string of poor performances combined with a below-par IPL 2017 saw him being dropped from the side. He was then considered as a reserve opener, with players like Suresh Raina, Manish Pandey, Shreyas Iyer and Dinesh Karthik being given chances in the number four slot.

KL Rahul had to make a statement and he did as he announced himself in IPL 2018 with a 14-ball 50 against the Delhi Daredevils in Kings XI Punjab’s opening game of the season. The world discovered a different kind of Rahul, who from a technically sound Test specialist, had turned into a T20 beast who had shots all around the ground and who attacked the bowlers from ball one. He scored 659 runs in that season, scoring six fifties and helping his team get to fantastic starts.

His IPL season was so effective that India played Rahul at number three and Kohli played at number four against England in the T20I at Manchester, where Rahul managed to score another dazzling T20 hundred. His form in white-ball coupled with his sky-high confidence in stroke-making saw him picked ahead of Cheteshwar Pujara at number three in the first Test at Edgbaston.

However, he failed to impress in the entire series first at number three and then as an opener when Dhawan was dropped from the eleven. Barring the 145 that he played in the fifth Test at Oval, the entirety of the 2018-19 Test season was a horror run for Rahul. He was also appalling in the Test series against West Indies post the World Cup that saw him getting dropped from the Test side.

IPL 2019 was a journey of highs and lows for Rahul as barring that unbeaten hundred against Mumbai Indians which ended in a losing cause, he failed to replicate the form he had shown in 2018 edition. KL Rahul was set to play in the middle-order for India in the World Cup after scoring a hundred in the practice game against Bangladesh but he had to replace an injured Shikhar Dhawan as an opener who was ruled out of the World Cup. Rahul looked unsettled by this change and was criticized for his conservative style of play. He failed to play freely and get out of his shell and had a very poor strike-rate and failed to make an impact in big games against England and New Zealand. 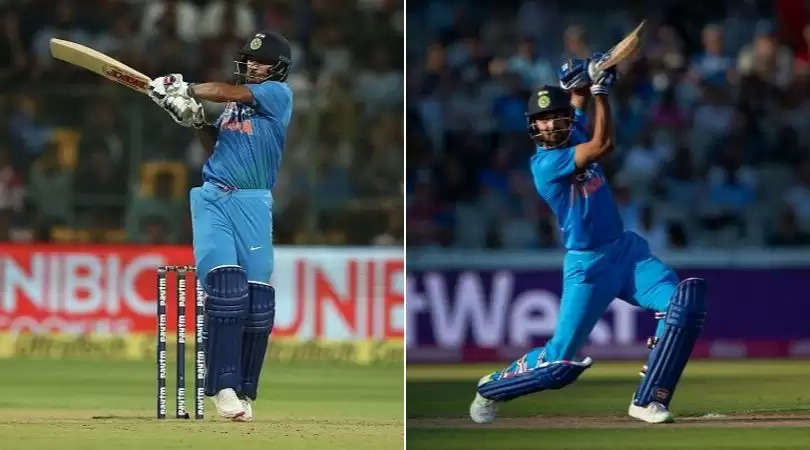 Dhawan has not left a lasting impact in T20Is, while KL Rahul is touted as a natural

Rahul had to go back to domestic cricket and re-think about his approach towards the game’s different formats. But when everything seemed to fall apart, something clicked after he began opening for Karnataka in the Vijay Hazare Trophy 2019. He began to play freely in the same way in which he played the 2018 season of the IPL and that helped him give Karnataka solid starts throughout the tournament. he played a big part in Karnataka winning the Vijay Hazare Trophy, ending up as the third-highest run-scorer in the tournament scoring 598 runs in 11 innings at an awesome average of 66.44 with 1 hundred and 5 fifties.

Having won the Vijay Hazare trophy, Rahul took the same form in the Syed Mushtaq Ali tournament and began to play even more freely, even though he joined the Karnataka team late as he was a part of the Indian squad for the Bangladesh series. He scored 313 runs in 8 innings but more importantly at a strike rate of 155.72, something that gave Karnataka a flying start in many games and helped them win the Syed Mushtaq Ali Trophy. He was particularly lauded for the kind of innings he played against Haryana in the semi-finals of the tournament, scoring a quickfire 66 to help his team chase down a mammoth target of 195 quite easily in the end.

After the end of the first T20I against the West Indies, KL Rahul might have realised that this is the way to go ahead for him in his white-ball career. Playing freely and not worrying too much about his batting helped him in the domestic tournaments as well as in the innings of 62 versus the West Indies. With Dhawan injured, Rahul will be keen to play more freely and look to make the most of the chances that he gets keeping in mind the T20 World Cup that is less than a year away.

Having shown unbelievable consistency in both the 50-over format and the 20-over format, KL Rahul will finally be feeling that this is his time to nail down his place in the starting eleven as far as India’s white-ball cricket is concerned. Especially with Rohit Sharma needing some time to get settled in, if KL Rahul starts giving explosive starts to the team right from the word go, it will help the likes of Rohit and Kohli to build their innings and will help the other batsmen to express themselves and bat around them. Thus the time is right for KL Rahul to strike while the iron is hot and cement his place in the Indian white-ball setup.