Virat Kohli and Jasprit Bumrah : The duo that cannot afford to fail together 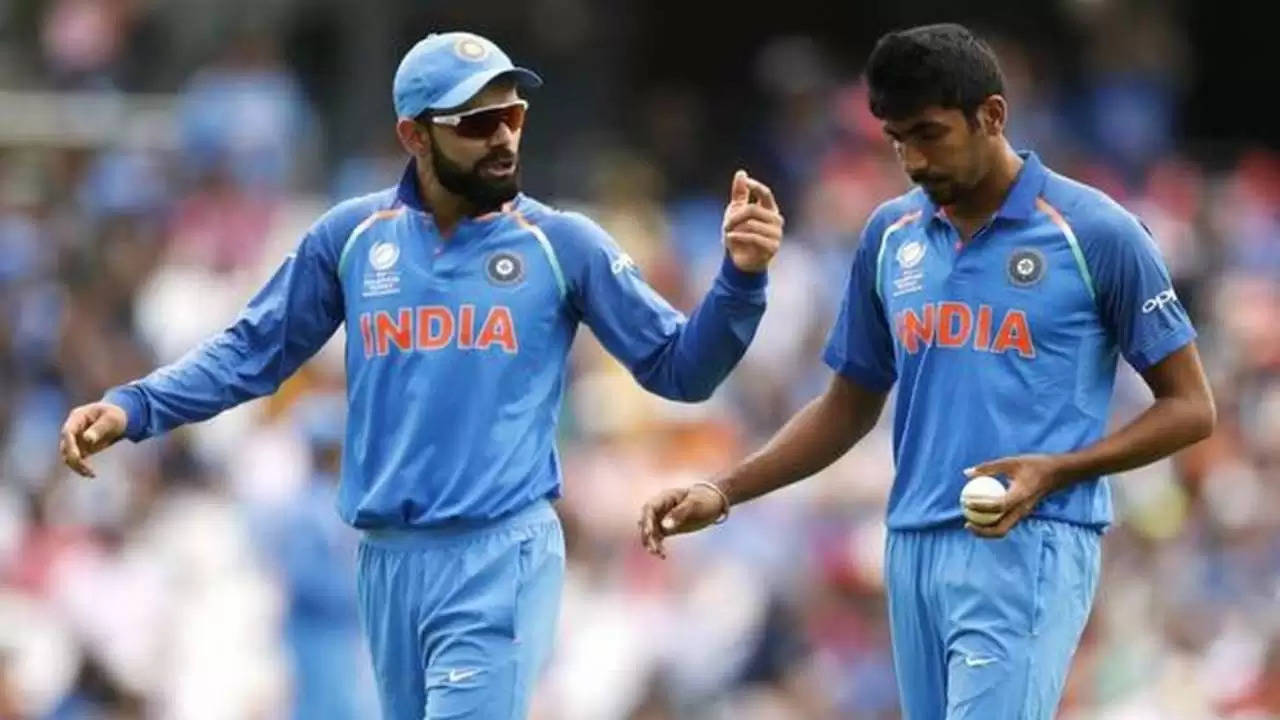 3 matches 75 runs at an average of 25.00. 3 matches  0 wickets 167 runs.
These are the strange stats of India’s biggest white ball assets from the recently concluded ODI leg of India’s tour of New Zealand, namely Virat Kohli and Jasprit Bumrah.
Virat Kohli and Jasprit Bumrah are always on the right side of the coin and when they are not, the team is in a spot of bother but when they collectively fail, what does it result in? The first-ever ODI series whitewash for India in 31 years. Yes, that is the impact these two have on the Indian side and in the absence of Rohit Sharma and Shikhar Dhawan, their role in the squad gets doubly important.

Why did it mean so much?

India’s biggest strength in the limited over formats is a well-known template. It has been the same for so many years now. Top-order gives a massive platform and the middle order do the finishing touches. When I say finishing touches it means so little because it’s hardly ever that the middle order gets around 20 overs to bat thanks to the dominant top 3 that keep batting deep. India missed out on the services of both their established openers who do that role so well in this format due to injury and decided to replace them with two relatively new faces in the international scene. Kohli being the only one in the top 3 playing this series, he had to be the one playing the anchor role at all costs.  This series has only shown how big a role Shikhar Dhawan and Rohit Sharma plays in this format when you see the likes of Prithvi Shaw and Mayank Agarwal you tend to see how flashy they are for following India’s template.
Kohli averages 25 this series with only 75 runs to his name and if you take the 51 he made in the first game out, he has 24 runs in the final 2 games. This left a lot of work for the middle order who had to be careful and extend the onslaught as late as possible due to the lack of wickets left in the death overs. Jasprit Bumrah is the first bowler Virat Kohli looks at when he wants wickets but it hasn’t been the case this series. The star pacer has gone wicketless in this series with returns of 53/0, 64/0, 50/0 in his quota of overs. This is the first-ever bilateral ODI series where Bumrah has gone wicketless. This is not a massive worry because over the years we have seen how teams take the safer route against Bumrah which leads to other bowlers around him picking wickets. The worry here is he hasn’t been at his economical best and the most important asset of his bowling has been accuracy which has been a bit off guard this series. This has been highlighted even more after India decided to rest Shami which put added pressure on Navdeep Saini and Shardul Thakur who are relatively new at this level. Why did it happen?

Virat Kohli is often very circumspect at the start of the innings and is highly aware how important his anchor role is in the team to get to a massive score and he usually restricts himself from playing too many shots initially but it has been a little different this series. He looked more keen on taking on the bowlers than usual and with the absence of the usual two at the top, it wasn’t the greatest idea.
Bumrah’s inconsistency can only be cited to one reason that is the stress fracture he is returning from. It’s hard even for the greatest to get back into rhythm without match practice. He can only get better from here as he gets matches under his belt but this can be a good heads up for BCCI on why they should always get the cricketers returning from injuries to play some domestic games before the get back into the hard mould of international Cricket.
The people who are in question here are two champions of modern-day cricket and they will be already on their way back fighting it out and putting the hard yards. It’s a sin to doubt the quality of these individuals. The 2 match test series is less than 10 days away and before you know it these two superstars will be back at their very best. The mentality this two have is top quality and it’s only a matter of time before I sit down and write again about the quality of these individuals.
From around the web
Weekly Trending