After undergoing a couple of weeks of quarantine and a few rigorous training net sessions, the 25-member West Indies squad hit the park with an intra-squad warm-up game. The squad was divided in two with skipper Jason Holder and Kraigg Braithwaite leading the two sides. The Jason Holder XI won the toss and put the […]
By CricXtasy Staff Fri, 26 Jun 2020 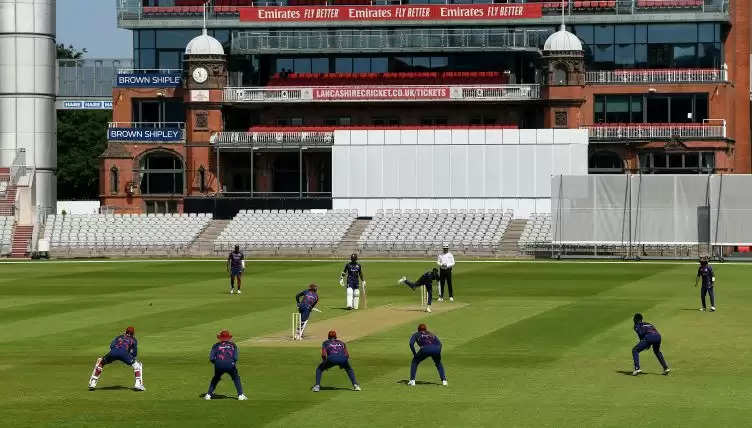 After undergoing a couple of weeks of quarantine and a few rigorous training net sessions, the 25-member West Indies squad hit the park with an intra-squad warm-up game. The squad was divided in two with skipper Jason Holder and Kraigg Braithwaite leading the two sides.

The Jason Holder XI won the toss and put the opposition led by Braithwaite into bat first. The skipper of the Kraigg Braithwaite XI led from the front and finally got some runs behind him. The 27-year-old Barbados opener has gone through a wretched run of the form in Test cricket. In 2019, he could muster just 185 runs at an average of 16.81 with a best score of 49. Even in the first-class tournament in the Caribbean, Braithwaite blew hot and cold and scored just three half-centuries from 15 innings.

Thus, the West Indies team management will be happy with his returns from this warm-up game. Along with Shai Hope, Braithwaite pulled his side from 49/2 to 150 as both batsmen made scores in the 80s.

However, after the 103-run stand, it was Roston Chase who joined the party but couldn’t convert a promising start and fell for 37. After Chase’s wicket, the Braithwaite XI collapsed from 224/3 to 275 all out. Shannon Gabriel who isn’t the in the original squad of 14 proved his fitness and looked in great rhythm in the first innings. He took three wickets while Alzarri Joseph picked up four. The other stars in the team like Rakeem Cornwall and Kemar Roach picked up a wicket apiece.

In reply, the Holder XI lost Jermaine Blackwood early but Sunil Ambris (52) and Shayne Moseley (40) stabilized the innings and shared an 86-run stand. However, Raymon Reifer ran through the Holder XI and picked up a fifer in the space of 11 deliveries. He finished with figures of 5/60. Marquino Mindley chipped in with three wickets as the Holder XI folded up for 193.

With a lead of 82, Braithwaite once again got a good start and looked comfortable. He shared an 88-run stand with John Campbell who scored 49. After a solid opening stand, the Braithwaite XI lost four wickets in quick succession as Alzarri Joseph continued his impressive form. At 100/4, things did look slightly wobbly for the Braithwaite XI but Shamarh Brooks and Shane Dowrich scored half-centuries to take the side to 231/4 before they declared.

Chasing an unlikely 314, Holder XI did lose three wickets. However, Shayne Moseley continued his good form and built on his start in the first innings as he made a fluent 83 and was unbeaten as the match ended in a draw.

There are a couple of injury concerns for the West Indies though. Jason Holder is recovering from an ankle problem. He batted in the first innings and was out for a duck and did not bowl in either innings. Wicket-keeper Shane Dowrich also hurt his side on the final day and wasn’t seen on the field since. Shai Hope and Shamarh Brooks took the gloves in Dowrich’s absence. However, he is deemed fine and there seems to be no major injury.

West Indies are due to play another intra-squad warm-up game and that will be a four-day affair.