When reality unfolded before despondent South Africa on a forgettable day

It’s the post-lunch session in Port Elizabeth on day two. 30-year old Dane Paterson from South Africa, on his Test debut, denied a wicket by DRS on day one, has Ben Stokes driving to backward point where Dean Elgar holds onto a good catch. There’s a smile on Paterson’s face. The Proteas are jubilant but […]
By Rohit Sankar Sat, 18 Jan 2020 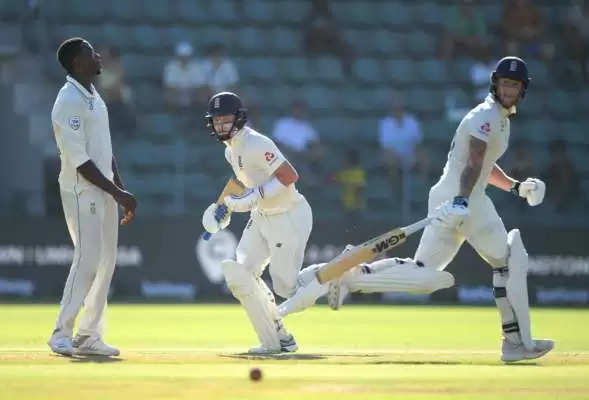 It’s the post-lunch session in Port Elizabeth on day two. 30-year old Dane Paterson from South Africa, on his Test debut, denied a wicket by DRS on day one, has Ben Stokes driving to backward point where Dean Elgar holds onto a good catch. There’s a smile on Paterson’s face. The Proteas are jubilant but there’s no animated celebration, no over-expressive faces, no shouting at the stumps.

Elsewhere, roughly seven hundred kilometers away in the same country, the last rites are being performed by a bullish Afghanistan under-19 on a meek Proteas youth outfit. The tournament hosts being humbled in a world tournament opener by a supposed minnow is the kind of defining moment that makes sport an enigma.

Yet, it is worth writing down in bold that this Afghanistan youth side is no minnow. If anything, they were always expected to perform better than the South African youth side in this tournament having reached the semi-finals of the last youth World Cup. The hosts, on the other hand, have had a harrowing time in youth ODIs since 2019, losing 12 and winning just four matches before the start of this tournament.

If it was teenage Afghanistan spin prodigy, Shafiqullah Ghafari, who was leaving the South African youth side in a daze, it was Ben Stokes and Ollie Pope performing roughly the same role at Port Elizabeth on a clueless South African side. 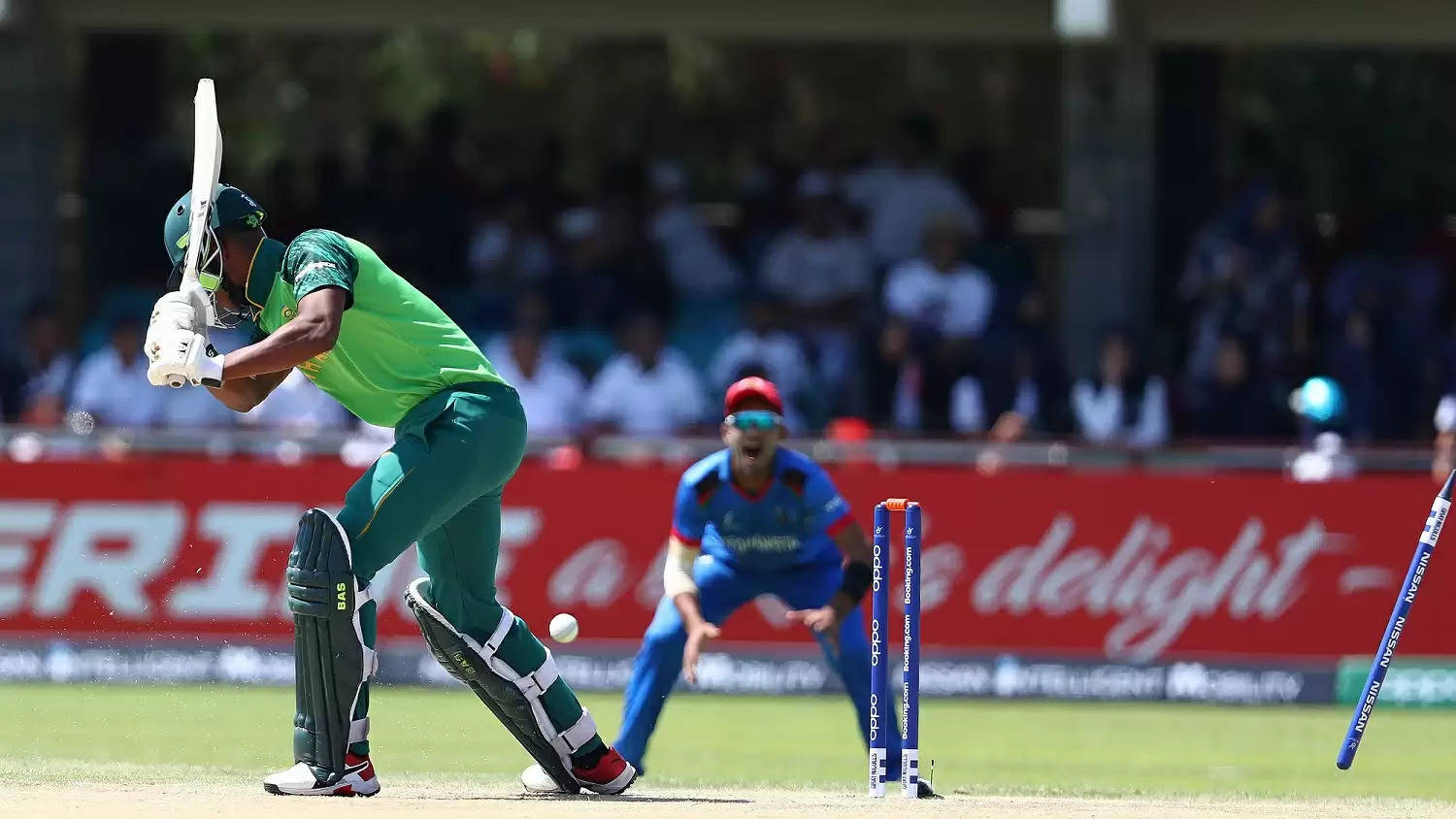 There’s always a defining sign to tell if a team is being hammered down by another. It could be the bowler hitting the batsman on the helmet and then cleaning him up. It could be a batsman smoking a six over the roof of the stadium.

Here, it is a rather queer stat about Ben Stokes. More than 50% of Stokes’ runs have come through mid-wicket (as revealed by CricViz) when his typical innings has only 24.1% runs coming through that region. Mid-wicket is one region in the cricket field that’s constantly peppered in limited-overs cricket and lesser so in Tests unless you have Rahul Dravid’s wrists. Ben Stokes has no such wrists. What he does have is raw power and a deadly command over the weapon he wields.

ALSO READ: On Shafiqullah Ghafari, the kid who drowned the South Africa youth side

More evidence of South Africa’s helplessness came out when Ollie Pope, crouching down to reverse ramp Kagiso Rabada over third man, changes his decision and flicks him away nonchalantly over fine-leg for four. Even Ben Stokes – dismissed by now – has his hands on his mouth in the pavilion in awe. South Africa have their hands on the mouth too, albeit for completely different reasons. 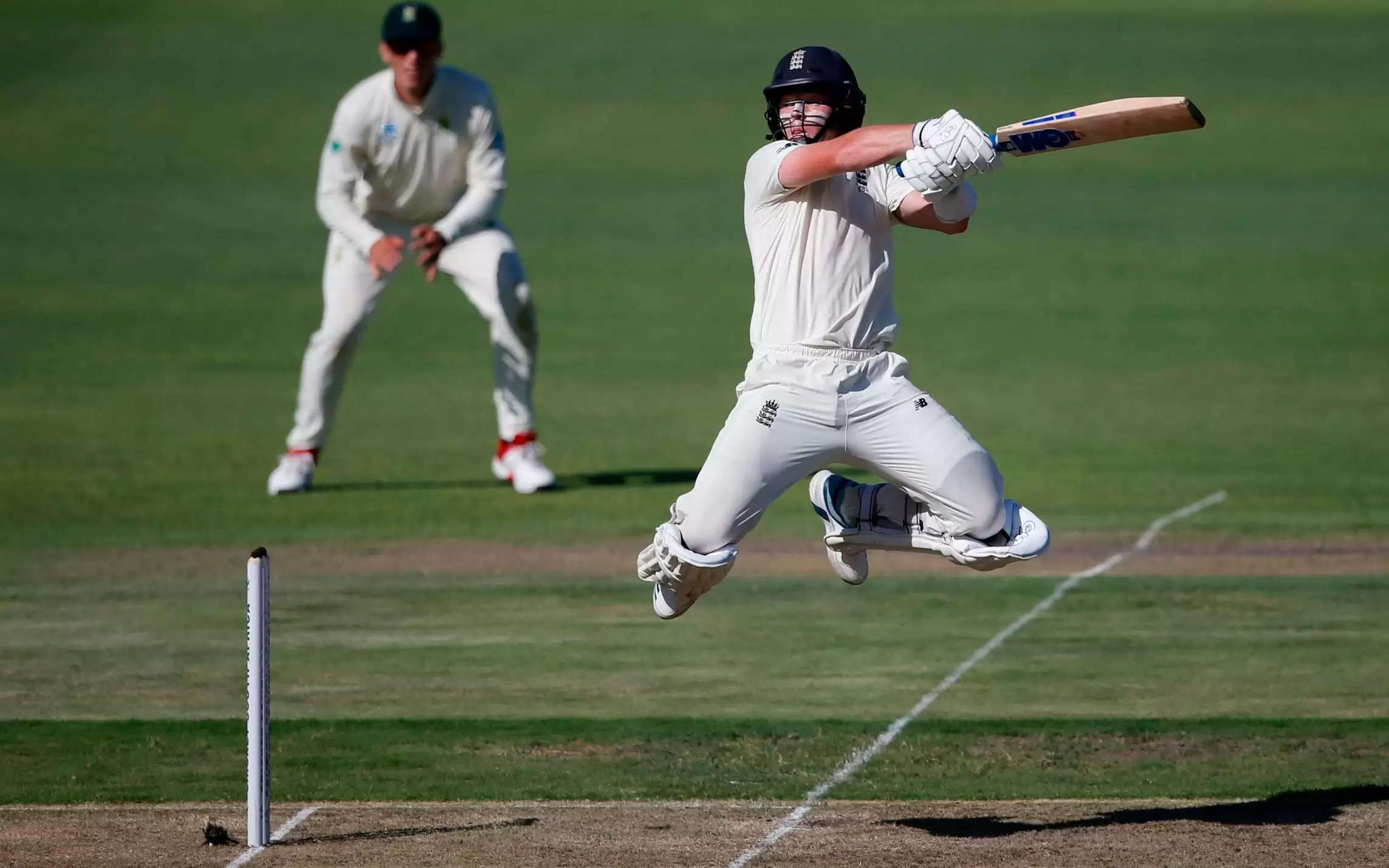 Pope, joined by Sam Curran after the dismissals of Stokes and Jos Buttler, makes a telling Test hundred while.his partner at the other end merely carries on from where Stokes left off. A six is powered over long-on off the hapless Keshav Maharaj, who, despite conceding eight of the nine sixes in the England innings, has bowled better than his mates.

Earlier at the start of the day, the Test match and the series were evenly poised. You wouldn’t have expected this series to be defined until the final Test of the series, if not on the final day of the final Test. Yes, it’s been that close. Yet, one session into day two of the third Test and it increasingly looks like England are winning this series 3-1. Anything less than that now appears an underachievement, not least because the ICC Player of the Year has found his Headingley mojo, but also because the one man who can leash him will be watching the game from the pavilion at The Wanderers.

A ban isn’t new for Kagiso Rabada. There’s an adrenaline rush he seems to get from those demerit points he collects so diligently. That he did or did not deserve this particular demerit point is up for debate. After all, as head coach Mark Boucher pointed out at the end of the day, you don’t want to “take emotion out of the game”. But this isn’t a straight ban; rather it’s a series of offences for the South African pacer who is on the verge of taking 200 Test wickets at 24 years of age. Having risen through the under-19 ranks with exceptional performances in the 2014 youth World Cup that South Africa won, Rabada is an ideal idol for the under-19 boys, but alas.

In the opposition ranks, Sam Curran and Ollie Pope are proving to be perfect role models for their under-19 side that will take on West Indies under-19 on Monday. There’s no such youth talent in the South African side whose youngest team member (alongside Zubayr Hamza) is the leader of their pace attack – that man Rabada again. England, on the other hand, are fielding five players younger than South Africa’s youngest player.

Kagiso #Rabada has received one demerit point and a fine worth 15% of his match fee for his celebration after taking the wicket of Joe Root.

He will therefore miss the next #SAvsENG Test.

It perhaps says a lot about South Africa’s plight. As 22-year old Pope and 21-year old Curran slammed South Africa to reality in front of a packed crowd with an array of pristine strokes, the Proteas could only look on with jealousy. Their streamline of talent comes from an old iron pipe whose edges are fast being corroded.

When they named six new players for this series at the beginning, five were 30-year olds and the other a 29-year old. They added a seventh player outside this group, Keegan Petersen, who is 26. Since Rabada’s debut at 20 years in Test cricket, South Africa have played only four Test debutants in the under-23 age group – Aiden Markram, Andile Phehlukwayo, Lungi Ngidi and Wiaan Mulder (only one younger than Rabada at time of debut). None of them are a regular in the Test side now for various reasons.

That the one thing which excites the Proteas this year (and excited them last year and the year before) is the plausible return of their dramatic 35-year old superstar says everything that’s wrong about South African cricket. On Friday, which might as well be called Friday the 17th (those who get it, get it), South Africa’s facade wore off quickly.

You cannot blame the fans, for all they see is despair. All they see elsewhere are Popes, Currans, Sibleys and Ghafaris.