Four-time champions Australia used their rich big-match experience to surpass a spirited South Africa by five runs in a rain-hit Women’s T20 WC semifinal here on Thursday, setting up a title clash against first-timers India. There were fears that the second semifinal between Australia and South Africa at the SCG too will be washed out […]
By PTI Thu, 5 Mar 2020 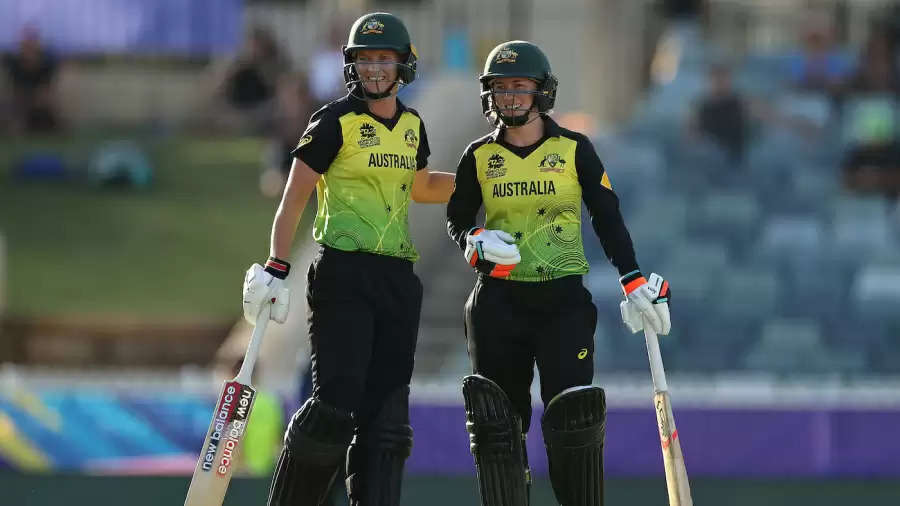 There were fears that the second semifinal between Australia and South Africa at the SCG too will be washed out like the India and England match earlier in the day. But the weather improved just enough to get a game albeit a curtailed one.

Australia skipper Meg Lanning led from the front with unbeaten 49 off as many balls to take her team to 134 for five in 20 overs. Rain returned during the innings break and South Africa were set a revised target of 98 runs in 13 overs as per the D/L method.

South Africa ended at 92 for five despite a fighting 41 not out off 27 balls from Laura Wolvaardt, leaving them dejected.

South Africa were reeling at 24 for three before Wolvaardt and Sune Luus (21) brought them back in the game with a quickfire 47-run stand.

In the end, Wolvaardt, who smashed three sixes and two fours, had too much to do on her own.

Hosts Australia, who did not have the services of injured star all-rounder Elysse Perry, were ecstatic after Jess Jonassen was able to defend 19 runs in the final over with South Africa getting only 13.

With the win, Australia advanced to their sixth successive final out of the seven editions held so far.

“It was extremely tense. Even in the last couple of balls it just wasn’t safe. They needed 19 off the last over and we knew we had to nail it. But that’s T20 cricket for you; I was extremely nervous,” said skipper Lanning.

On the final against India in the Women’s T20 WC, she added: “India are a class side, they have been playing excellent cricket. We are going to have to play really well. We have been improving each day, it hasn’t been an easy road.

“We wanted to give ourselves a chance of playing in the finals, and now we just need to enjoy ourselves. We are travelling to Melbourne tomorrow, train on Saturday and play on Sunday. I doubt there’d be much sleep happening tonight.”

“…we have to give credit to Australia for the way they bowled and we just came six short. We brought them back with the ball really well, they got off to a flier and we thought they’d get to 160.

“All the bowlers did really well, and credit to them for how they brought it back. It was very emotional to see the ladies like that.

“To come short every time is difficult , and we aren’t a team that blames anything or anyone; but unfortunately it just wasn’t our year and it wasn’t our day,” she said.