Chris Gayle has publically accused former teammate and Caribbean Premier League side Jamaica Tallawahs’ assistant coach Ramnaresh Sarwan as the reason behind his switch to St Lucia Zouks for the 2020 edition of the CPL. The Jamaica Tallawahs did not retain Gayle for the upcoming season, and in a three-part video series on YouTube in […]
By CricXtasy Staff Writer Tue, 28 Apr 2020 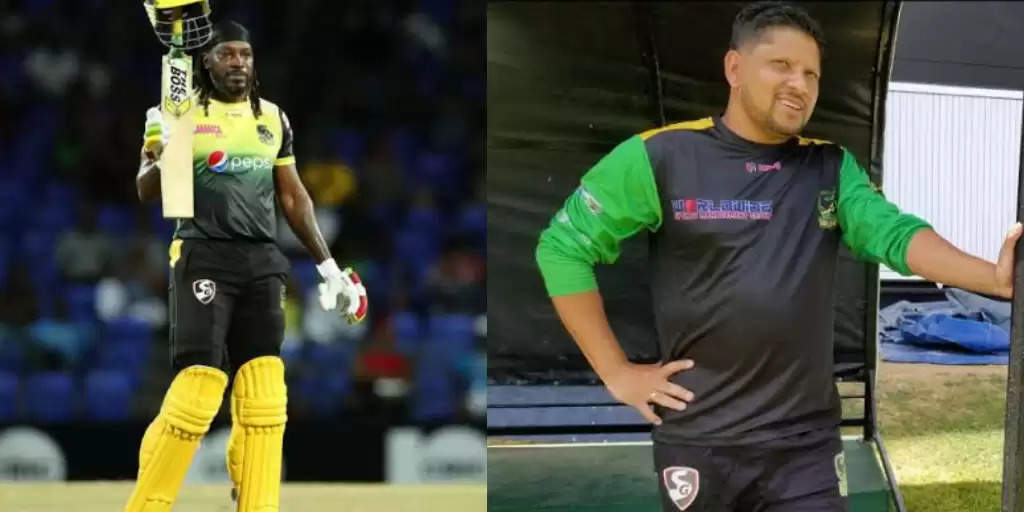 Chris Gayle has publically accused former teammate and Caribbean Premier League side Jamaica Tallawahs’ assistant coach Ramnaresh Sarwan as the reason behind his switch to St Lucia Zouks for the 2020 edition of the CPL.

The Jamaica Tallawahs did not retain Gayle for the upcoming season, and in a three-part video series on YouTube in his channel, Gayle explained how Sarwan was partially to blame for this.

Gayle revealed that he signed a three-year contract with the Tallawahs in 2019 to end his career with the Tallawahs. He suggested that Sarwan turned the owner of the franchise against him. This coupled with Guyanese politics resulted in his non-retention.

“Sarwan, you are worse than the Coronavirus right now. What transpired with the Tallawahs, you have a big part to play because you and the owner are like this,” he said crossing his fingers. “ You were the one at my last birthday party here in Jamaica on the platform giving big speech (about) how far we coming from.

“Sarwan, you are a snake. You are so vindictive. You are so immature. You still stabbing people in the back. You’re still carrying news. When are you planning to change?”

Gayle went on to convey clear to Sarwan that ties between them were cut.

“Don’t even consider seeing the Universe Boss and saying ‘Yow Chris’ because I am telling you this straight up, that’s it.”

Gayle went on to explain Sarwan’s role in the team management sending him home in a youth cricket tournament in Barbados in 1996. He and Sarwan were roommates at the time and Sarwan complained to Gus Logie and Easton McMorris that he was unable to sleep because Gayle was watching television too late in the night. That accusation made the team management send him home.

At Tallawahs, Sarwan wanted to be the head coach and manager according to Gayle. He recounted a story from 2017 where he left to St Kitts and Nevis Patriots and returned to Jamaica with Sarwan as assistant coach.

Per Gayle, Sarwan wanted to be the head coach and Donovan Miller was going to be the assistant. “I told Sarwan directly that ‘Sarwan, you have no experience being a head coach. It is not an easy job,” Gayle says in the video.

The Tallawahs named Miller head coach and Gayle’s comments pissed Sarwan off. Gayle said the team underperformed because they were “traumatized by Sarwan”.

However, this is only one part of the story according to Gayle himself. He recounts how he accepted an invitation from Guyana’s Minister of State Joseph Harmon, someone whom he has known for a long time. However, the Jamaica owner was from the opposite party apparently got offended.

“This is all coming from one visit to Guyana. Apparently, Guyana had their election and the minister invited me to his community and the other side, which the owner is a part of as well, got offended and they all take it personal,” Gayle said.

However, Gayle claims he has nothing against the owner of the Tallawahs, Chris Persaud, referring to him as a good person in the video.