One match left. The Ashes has been lost for England but there is still that one chance for them to salvage something out of a disappointing series at home. It still won’t be enough for the highly demanding English fans. Just a couple of months ago, the team lifted the country’s first-ever cricket at the […]
By Karthik Raj Wed, 11 Sep 2019 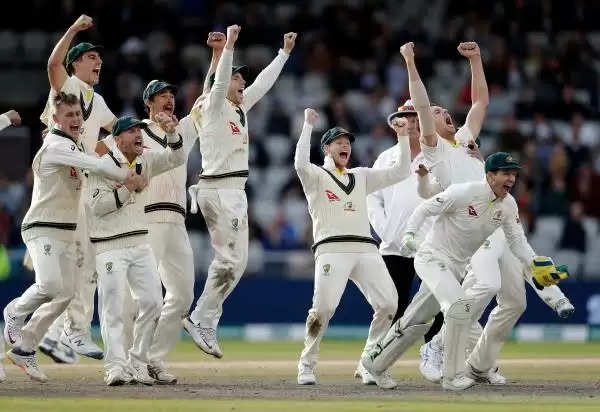 One match left. The Ashes has been lost for England but there is still that one chance for them to salvage something out of a disappointing series at home.

It still won’t be enough for the highly demanding English fans. Just a couple of months ago, the team lifted the country’s first-ever cricket at the hallowed Lord’s stadium. While it did bring fair bit of celebration, the Ashes was and is still probably viewed the ultimate prize of the English summer. As a result, the criticism that has followed the home side hasn’t been one bit surprising and just gives an inkling of how important the Ashes and it’s history is to not just England but also for the visitors.

It will also be a farewell match in charge for the outgoing Trevor Bayliss, a man who turned around England’s limited overs cricket fortunes in the most remarkable manner. Just like two sides to a coin, Bayliss has also

As for Australia, this is an opportunity to do something special. Even if they lose this last Test match, it won’t have an effect on the Ashes overall, the urn will still be theirs but the Tim Paine-led side could become the first Australian side to win a series in England in 18 years’ time.

The unexplainable Steve Smith along with Marnus Labuschagne have led the charge with the bat while Patrick Cummins and Josh Hazlewood have been in brilliant form with the red cherry.

England confirmed their playing line-up on the eve of the match and there were two changes with Jason Roy and Craig Overton making way for Sam Curran and Chris Woakes. The extra bowling option will be to Stokes’ shoulder injury.

Australia have rotated their pace bowlers through out the series and it remains to be seen whether the same will continue with a series-win on the line. Also, Mitchell Marsh has replaced Travis Head and looks set to make his first appearance of the series.

Batsmen from both teams found the Old Trafford track to be relatively friendly and the traditionally-good-for-batting Oval ground can be expected to lay out yet another fantastic pitch.

Key Battles to watch out for

Steve Smith Vs Jofra Archer: Steve Smith was struck on the helmet, ended up concussed and even went onto miss the third Test. Between the third and fourth Test, there was even a war of words amongst Smith and Archer, the bowler who hit him on the helmet. Archer believed he had gone up in the mental battle but the #1 batsman in the world didn’t give away an inch and walked the talk as Australia won the Old Trafford Test.

With one chapter still remaining in the battle and Smith the difference between the two sides, Archer might have a point to prove.

Stuart Broad against Australia’s left-handed batsmen- David Warner, Marcus Harris and Mathew Wade have all had a tough time through this series and it has been largely due to the brilliance of Stuart Broad. The right arm seamer has picked up 19 wickets so far and 11 of them have been handers. David Warner, in particular, has struggled to negotiate Broad and has lost his wicket on 6 occasions against him.

Prediction- At this point of time, it seems unlikely that England will draw enough inspiration to finish off the series on a high note. Steve Smith along with Australia’s in-form bowling attack could just be too good to stop as the team looks set to win their first Ashes series in England in 18 years time.