Ashes 2019: Can Sam Curran do the trick for England at the Kennington Oval?

2-1 down in the series. Failed to get back the Ashes urn at their very den. It is generally difficult for a team to pick themselves up in such a situation but if any player can inspire this English side, it could be the youthful Sam Curran. Who will ever forget his rescue acts through […]
By Karthik Raj Thu, 12 Sep 2019 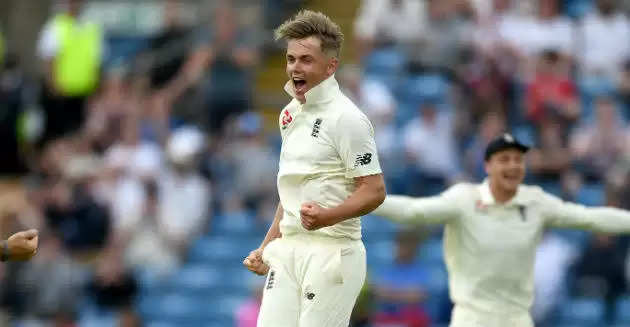 2-1 down in the series. Failed to get back the Ashes urn at their very den. It is generally difficult for a team to pick themselves up in such a situation but if any player can inspire this English side, it could be the youthful Sam Curran.

Who will ever forget his rescue acts through the home series against India and the away tour of Sri Lanka last year. In fact, one could argue that India lost 4-1 majorly due to Sam Curran. Whenever the English team was in trouble, he came up with a crucial counter-attacking innings to save the team. Overall, he managed to score 272 runs in the four matches that he played. Of course, let us not forget him chipping in with a few wickets with his left-arm swing bowler.

Not only do England need something inspirational to turn their fortunes around, Sam Curran will also have plenty to prove to the team management considering that he couldn’t get a look in through the first four matches of this Ashes series. In fact, Craig Overton who came in as a replacement pipped Curran to play the fourth Test at Old Trafford.

So we have talked about the Surrey-youngster’s ability to have massive impact in games but what does he bring to the table specifically? First of all, his left-arm angle could be the much needed change for England to dismiss their nemesis Steve Smith early on in the piece. Indeed, Stuart Broad has the best record against the star Australian batsman by accounting for his wicket on seven occasions but Kiwi bowler Trent Boult also boasts good statistics against Smith. Boult has taken Smith’s wicket 4 times in 12 innings. This bodes well for England and Curran.

The same left-arm variety would also help England’s batting order as there is only Rory Burns and Ben Stokes as a southpaws in the absence of Moeen Ali. While the right-left hand combination doesn’t pose as much problems for bowlers like in limited overs cricket, some variety in the face of adversity could bring some positive changes.

Furthermore, although attacking instincts have resulted in some dismissals for a few of the English batsmen, Curran’s organized positivity at the crease could disturb the line and lengths of the consistent Australian pace bowlers. Josh Hazlewood, in particular, is an expert at persisting with the ‘corridor of uncertainty’.

Sam Curran might only be 21 but he has already shown that he has the temperament for big matches and he wouldn’t have played any bigger game than the upcoming 5th Ashes Test. Watch out, Curran could just turn out to be England’s game-changer.