Match Details Bangladesh vs Zimbabwe, Match 4 18th September 2019, 6:00 PM IST Zahur Ahmed Chowdhury Stadium, Chattogram Preview Bangladesh and Zimbabwe face off against one another in Match 4 of the ongoing Tri-series on Wednesday in Chattogram. Both teams lost their previous game to a rampant Afghan side and aim for nothing but […]
By Dwijesh Reddy Wed, 18 Sep 2019 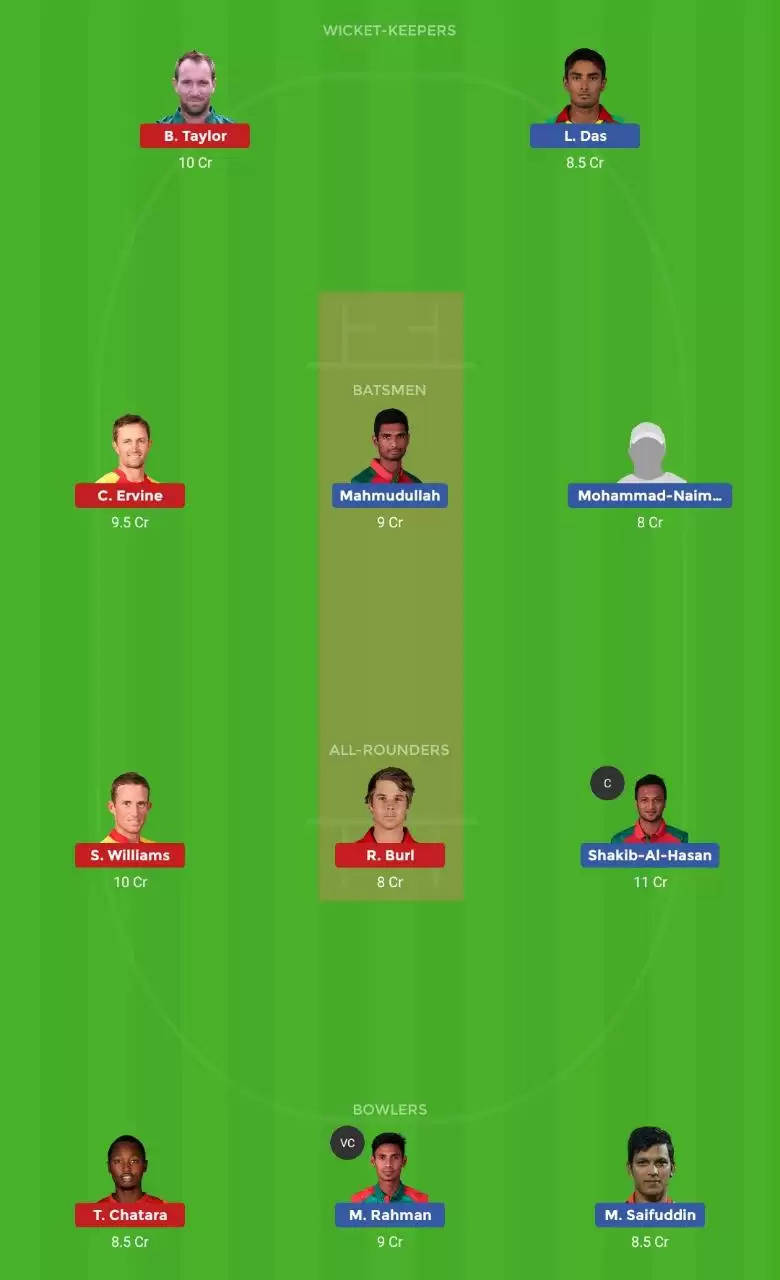 Bangladesh and Zimbabwe face off against one another in Match 4 of the ongoing Tri-series on Wednesday in Chattogram. Both teams lost their previous game to a rampant Afghan side and aim for nothing but a win in this game. Their previous meeting saw debutant Afif Hossain steal the show with a scintillating knock towards the end of the innings to guide the hosts to a sensational win last week. With a couple of new faces set to feature for them, Bangladesh look to identify their preferred combination without compromising on a win, which isn’t going to be easy against a decent Zimbabwean outfit, led by Hamilton Masakadza.

The pitch should play similar to the one at the Shere Bangla Stadium with the spinners expected to play a major role. Batsmen should play the strokes freely on this surface with scores in between 160-170 being a competitive one.

There is no threat of rain on Wednesday with clear conditions with a few clouds also expected to make an appearance at the ground. Dew might play a factor which could force captains to chase here in this must-win game for both teams.

Injuries: No injury concerns are reported from either side with both teams set to have the entire squad to choose their playing eleven for this game,

Youngster, Mohd Naim has been drafted into the squad and should slot in alongside Liton Das while the experienced duo of Mushfiqur Rahim and Shakib al Hasan follow them in the batting order. The side possesses ample batting depth with Afif Hossain and Mohd Saifuddin batting at number eight and nine respectively. Mustafizur Rahman hasn’t been at his best in the tri-series and would ideally want to make amends at the expense of Zimbabwe

No changes are expected from Zimbabwe although they have no points from the two games prior to this one. Brendan Taylor, Craig Ervine and captain, Hamilton Masakadza have gotten off to starts without converting them in both games. This has hurt Zimbabwe, who aren’t able to capitalize upon such starts. Their bowling unit has done a decent job in both their defeats with Tendai Chatara standing out with his clever variations while much is expected from Jarvis and Madziva in this game.

Shakib Al Hasan and Brendan Taylor have experience playing in various T20 competitions all across the world. They should be backed to overturn a poor run of form with a good performance in Chattogram while the likes of Williams, Liton Das and Mahmudullah are also preferred in the fantasy team. Ryan Burl has done his bit with both bat and ball and should earn some fantasy points as well. One Bangladesh player to watch out for is Mohd Naim, who is an explosive opener with a penchant for big scores. Mustafizur Rahman and Mohd Saifuddin should pick a wicket or two during the course of the match with their subtle variations along with Tendai Chatara, who has four wickets to his name already in this tri-series.
Captaincy Options: