A lower back issue in England (July 2018), a hamstring injury during the World Cup (June 2019), a muscle issue (niggle) after the West Indies tour (August 2019) and a groin injury after the T20I series against West Indies at home (December 2019). This is how Bhuvneshwar Kumar’s injury timeline looks like in the last […]
By Sahil Jain Wed, 11 Mar 2020 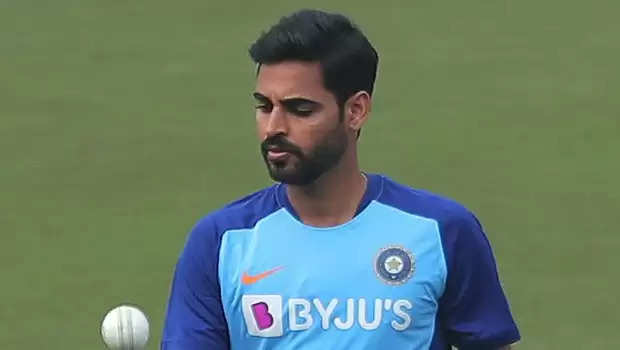 A lower back issue in England (July 2018), a hamstring injury during the World Cup (June 2019), a muscle issue (niggle) after the West Indies tour (August 2019) and a groin injury after the T20I series against West Indies at home (December 2019).

This is how Bhuvneshwar Kumar’s injury timeline looks like in the last 18 to 20 months. The Meerut fast bowler has spent more time on the sidelines and in rehabilitation than on the field.

Constant injuries have meant that the swing bowler hasn’t featured in a Test match since January 2018. It’s reduced him to being a pure white-ball specialist for the time being. In fact, even in the shorter formats, Bhuvneshwar’s presence has been limited over the last couple of years and that’s all down to the injuries, and the selectors wanting him fit for important series’.

India have played 48 ODIs and 33 T20Is since July 2018. But one of India’s ace pacers has featured in only 28 and 16 respectively. In total, that about just 54% of the white-ball games India have played. The injuries have taken a big toll and every time Bhuvneshwar comes back, there is a fear of breaking down again.

However, after three months of rehab from the latest groin injury (sports hernia), the Meerut-born fast bowler is back in the Indian ODI squad for the series against South Africa at home. While there’s been a lot of talk about Hardik Pandya’s return, Bhuvneshwar’s return has been rather sedate. Even he has preferred to stay away from the limelight.

There will be close scrutiny on how he fares on his return to competitive cricket again. He did play the DY Patil T20 tournament in Mumbai but looked slightly off-colour. It’s just three games and putting it in the words of the Indian captain, “ODIs aren’t too relevant this year”. But Bhuvneshwar’s rhythm, comeback trail and his ability to make the ball talk once again will be noticed.

First things first. There’s no guarantee of Bhuvneshwar’s place in the playing XI. India have a pool of fast bowlers going around. In 2019, Mohammed Shami’s white-ball resurgence meant that was a constant debate and toss-up between Shami and Bhuvneshwar. In the latter’s absence, Shami has elevated to the second fast bowler behind Jasprit Bumrah in white-ball cricket.

Deepak Chahar has raised his game and had notable performances before he was injured. Navdeep Saini may be blowing hot and cold but he has been impressive as well. Shardul Thakur did decently in New Zealand as well. Moreover, with India playing two spinners and Pandya’s return, there is room only for two frontline pacers and Jasprit Bumrah will be one of them.

However, in the current squad for the South Africa ODIs, Bhuvneshwar will compete only with Saini for the second pacer’s slot with Shami rested and recovering from a niggle. And it is likely that the 30-year-old Uttar Pradesh seamer is likely to get the nod first up despite Saini being impressive.

That will see the return of the Bumrah-Bhuvi duo who’ve been excellent for India in white-ball cricket since January 2017. There’s been a lot of talk about the wrist-spinners and their effectiveness. But the pace duo have done really well and aren’t in the spotlight a lot. Be it with the new ball or at the death or even in the middle overs when India need a breakthrough, these two have been up for the challenge and have done very well as a pair.

Things are going to be different this time around. As we’ve seen in the past, Bhuvneshwar does take some time to get back into full flow and rhythm and hit his straps. Bumrah returned from injury back in January but he still seems to be feeling his way back into international cricket and hasn’t hit his best yet.

Bhuvneshwar is not going to have it easy. Every time Bhuvneshwar has come back from an injury, be it the Asia Cup in 2018 or the World Cup last year, Bumrah was firing and was at his best. But here, that isn’t the case. Hence, he will need to up his game a little quicker and can’t really afford to take his time to ease back into the scheme of things. He’s been pretty off-colour in whatever he’s played in the latter half of 2019.

For now, he will most likely be the second pacer but these three ODIs will be a test for Bhuvneshwar and he can’t take anything lightly. There are quite a few pacers lurking around in Indian cricket at the moment. Bhuvneshwar will have to step up and show he’s still got it.