Ind vs SA: Can Ajinkya Rahane break his jinx of poor performances at home in the series?

There are few people, not only in sports, but also in life, who seem to prosper the most when they find themselves in tough, treacherous situations. In cricket, one of the glaring examples in recent past is that of former English cricketer Kevin Pietersen. The tougher the opponent and the circumstances, the better he played, […]
By Niranjan Deodhar Mon, 30 Sep 2019 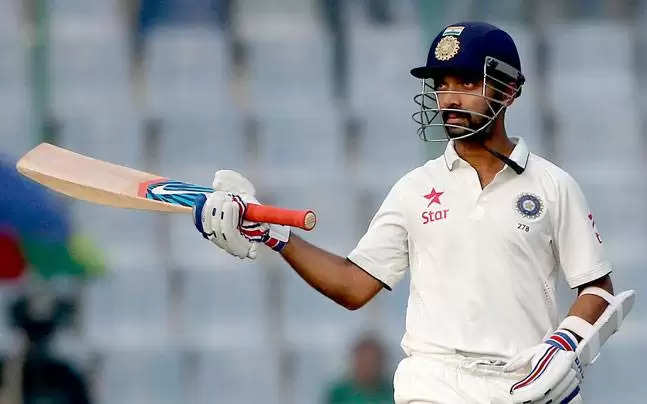 There are few people, not only in sports, but also in life, who seem to prosper the most when they find themselves in tough, treacherous situations. In cricket, one of the glaring examples in recent past is that of former English cricketer Kevin Pietersen. The tougher the opponent and the circumstances, the better he played, elevating his game to another level.

And the case of India’s middle order batsman Ajinkya Rahane is not much different either. In an era where batsmen try to plunder the cricket ball, Rahane brings an elegance, charm and class as he approaches the art of batting, caressing the ball towards the boundary ropes in meticulous fashion.

Back in 2013 when Rahane made his debut for the men in Blue at the Test level, the Mumbai-based batsman showed a lot of talent and promise. And in the few years to follow, he transcended his ability into mighty fine performances, especially away from home.

He always seemed to relish the challenging situations, producing some of his best knocks when the chips were down. And playing away from home presented him with precarious situations time and again and Rahane converted those into milestones be it during his brave knock of 96 at Durban in 2013 or that magnificent hundred at Lords in 2014

However, throughout Rahane’s Test career so far, if there is a certain aspect that needs a major improvement, it has to be his performances at home. While he always raised his game away from home, producing majority of his runs outside India, Rahane has to find ways to score in Tests at home soil too.

His good run against West Indies in the Caribbean earlier this year might have saved him from being axed for the upcoming series against South Africa, but it might just be temporary, and the talented Mumbai batsman should aim for one of his best seasons at home if he fancies retaining his place in team India’s Test side.

Ajinkya Rahane and his problems at home can be demonstrated by his career numbers as they paint a frightening story for the Mumbai batsman.

While his Test career so far is 58 Test matches old, he has played 22 of them on his home soil. His overall career average is 42.23, but as far as his record at home is concerned, his numbers drop significantly as he just has 1140 runs at 34.54 in 22 Tests at home.

On the contrary, his away record seems to elevate itself as compared to his overall record as the 31-year old batsman has amassed 2619 runs in 36 matches at 46.76, scoring 7 of his 10 hundreds away from home.

While it is truly incredible to have a better away record and to feature in the list of select  few players who have had better away record than the one at home, Rahane, in order to provide full justice to his immense potential must emphasis on playing exceptionally well from here on at home too.

Since the home series against England back in 2016, problems for Rahane including his woes at home started increasing manifold. His 188 against New Zealand in October 2016 was the last time he scored a century at home and thereafter it has been a road downhill for the 31-year old batsman.

With the 3-match Test series slated to start against South Africa, followed by 2 Tests against Bangladesh, can Rahane break the jinx of his poor record at home to revive his Test career?

Coincidentally, out of his 3 Test hundreds in India, two of them have come against the men from the Rainbow Nation when the South Africans visited for an iconic 4-match Test series back in 2015.

On a treacherous track at Delhi, when everyone found it tough to bat on, Rahane scored hundreds in both the innings and was the difference between the two sides. The 31-year old batsman can definitely find motivation from his twin hundreds at Delhi in 2015 as he approaches the Test series against South Africa.

Once referred to as a gifted batsman, it’s sad to witness Rahane going through an extended slump in form. He is already a senior pro in the side and being 31 now, may not have many chances left up his sleeve and must make ,this opportunity count against South Africa and Bangladesh not only to cement his place in the side, but also to reestablish himself as one of the pioneers of India’s current batting line-up in Test cricket.

It would be intriguing to follow the journey of Ajinkya Rahane in the upcoming home series against South Africa, as he tries to live up to expectations.