Can Quinton de Kock take to captaincy like fish to water?

Quinton de Kock didn’t look like himself as a batsman a few months back. He still ended up as the third-highest run-getter for his team in what was a disastrous World Cup outing for South Africa. But those who have seen him bat, both before and during the mega-event, could sense that this was an […]
By Prasenjit Dey Tue, 4 Feb 2020 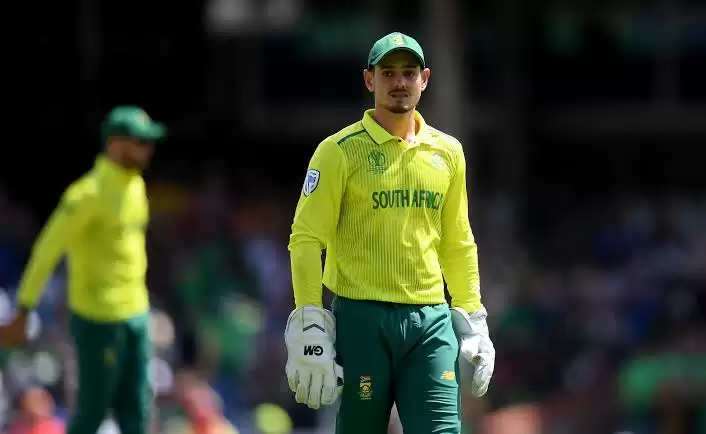 Quinton de Kock didn’t look like himself as a batsman a few months back. He still ended up as the third-highest run-getter for his team in what was a disastrous World Cup outing for South Africa.

But those who have seen him bat, both before and during the mega-event, could sense that this was an entirely different batsman as compared to the de Kock we have always known.

It is a treat to watch the 26-year-old at his best. de Kock exudes confidence when he is in his full flow. His trade-mark cover-drives, both off the front and the back-foot, are delightful to watch.

The way he deals with the short deliveries, both while pulling and cutting them, shows how aggressive he is against anything pitched on that length. In fact, the timing of his shots when he is at the peak of his confidence is impeccable.

However, all of this was missing during the World Cup in England. He had three fifties to his name in the nine outings but it was painful and disappointing to watch him struggle through each of those knocks. None of those innings were as smooth as we are accustomed to seeing when de Kock bats.

The reasons behind his struggles during the mega-event are not clear but the early defeats during the tournament and the pressure of performing with most other players misfiring might have contributed to his problems. But everything is different now.

Quinton de Kock came to India as the newly-appointed skipper of a new-look South African T20I side. It didn’t have most of the familiar and experienced faces, but the South African stumper now had a fresh squad to work with, that too, in a fresh assignment.

Rain played spoilsport in the first T20I at Dharamsala as the match was abandoned without a ball being bowled. And the Proteas were then beaten comprehensively in the second T20I at Mohali. Although de Kock got his side off to a strong start with a 37-ball knock of 52 runs, they lost the momentum after his dismissal.

India were all over the Proteas after the first 10 overs of the match and, thus, it turned out to be an early lesson for de Kock and a young South African side.

However, de Kock showed tremendous character and confidence in the way he marshalled his young troops in the third and final T20I at Bengaluru. First, he executed all his bowling plans to perfection to restrict India to a paltry total of 134/9.

And, then, he made a strong statement with the bat once again as he remained unbeaten on a score of 79 off just 52 deliveries to power South Africa to an inspiring 9-wicket victory.