South Africa is a funny team. They breeze through bilaterals with the deftness of a leopard hunting its prey and then arrive at major tournaments peeping through the sides of the wall like a cat denied its usual fish. The South African fans are funnier. They back their team vehemently as they head into […]
By Rohit Sankar Sat, 21 Sep 2019 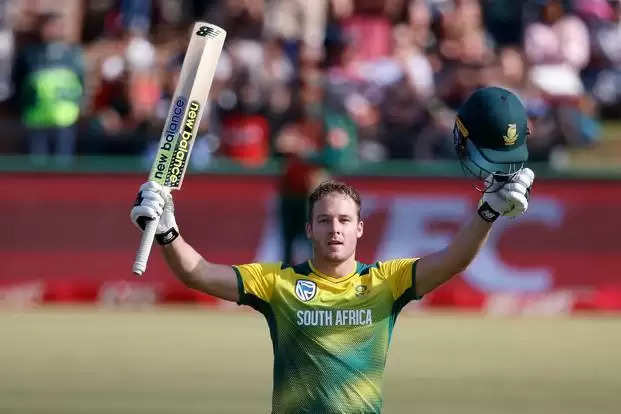 South Africa is a funny team. They breeze through bilaterals with the deftness of a leopard hunting its prey and then arrive at major tournaments peeping through the sides of the wall like a cat denied its usual fish.

The South African fans are funnier. They back their team vehemently as they head into these tournaments and return a disappointed lot, cursing their side and its players and inevitably recycle all the hope as the next tournament arrives.

The perception surrounding South African cricket by its own fans is that they are a fair weather team, conveniently performing when there is no pressure on them. Part of that perception is also reflected in their trust on long-standing players.

Scrolling through a South African fan’s Twitter account, there is a rather angry tweet directed at one of the cricket websites – “Am I the only one who thinks ES**Cri****o is trash?”

There is a series of replies to the tweet with some pointing out other players in the market and some others disagreeing to his very frank opinion.

Amidst the replies, another fan (sporting a South African flag in his name) casually replies – “Miller is trash”. It’s is completely irrelevant to the context of the discussion but the one who posted the first tweet instantly replies – “Agreed”. 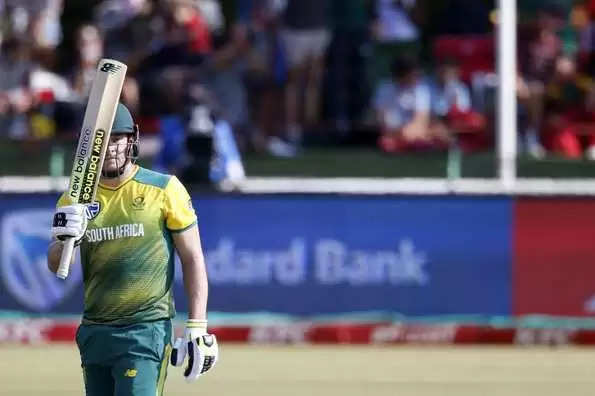 Where was the Miller that was killin’ it in green clothing?

It’s a perception that has been formed of David Miller, built up as “Killer Miller” – the one who could hit the balls in his arc out of the park at will. For nine long years, Miller has been believed to be the next Lance Klusener, the one who could erase all pain and finish games for them.

He often batted behind the likes of Quinton de Kock, Hashim Amla, AB de Villiers, Faf du Plessis and JP Duminy and was tasked with finishing the innings.

When he failed, he was trashed. When he hit a mind-blowing hundred for Kings XI Punjab in the IPL to win an epic run-chase, his commitment to the national team and its cause was questioned.

Where was the Miller that was killin’ it in green clothing?

Often, he seemed like a meek version of himself, struggling against spin and hesitating to go after the bowling. There were the occasional sparks of brilliance but those remained shrouded by his inability to “finish” games – the one job he was in the team for.

He was dropped in 2016 after a slew of poor scores – 16 innings and eight months with no half-century – and it hit him hard.

“It was getting dropped and then the penny dropped as well,” Miller said about the time he was dropped. “I worked on a few technical things – playing the ball a little bit later makes a huge difference. Early in my career I was really pushing at the ball and I do still at times. But it’s coming into my game more to get myself in and trust that, if I’m going at that 60 or 70 strike rate, it’s okay. I can catch up at the end.”

The last bit is important because it goes south of what the Proteas have sought from him – blast from ball one. His record, though, suggests the complete opposite. All of his six international hundreds have come when there is more than half of the innings left to be played.

That is understandable given that it takes so much time to score a ton usually. But it’s vital to see the starts he has had. Except in the record-breaking fastest T20I ton against Bangladesh in 2017, Miller has gone at a strike rate of 100 or lesser in his first 20 balls. He has always settled down and then attacked. Rather, he has successfully scored when allowed to settle in and then have his way.

“He is not just a power hitter, he is a smart batter as well now,” Faf du Plessis summed it up well after one of those exceptional Miller hundreds. When he does get set, Miller makes it count. In five of his six International hundreds, he has remained unbeaten till the end. In the one he did not, he was dismissed with three balls left in the innings. South Africa have won five of those six games and lost one by a whisker.

Since returning to the side after being dropped, Miller has averaged 45.88 in ODIs while striking at above 100. He has three hundreds in the format. In T20Is, his strike rate has gone through the roof. No South Africa batter (min 10 T20I innings) has a better strike rate.

He has become a responsible team man and a quintessential part of the setup. From stepping up to learn glove-work before the World Cup to captaining his side for the first time in a T20I against Pakistan earlier this year, Miller has adapted quite well. What he has shown is that given a stable middle-order position and a role that does not force him to be someone else, he thrives.

The perception around him, though, has sadly been built upon the times South Africa have wasted him way down the order, a folly that they committed with Klusener too. That Miller won the men’s T20I cricketer of the year at the CSA awards just last year seems to escape most of the fans’ eyes.

The perception will take time to change. Until then, he remains “trash” and he can be fine with the tag as long as he does his job, something he has diligently been doing in recent times.