Match 36 of IPL 2021 between DC and RR will be the first day game of Phase 2. It has all the ingredients to be a blockbuster event, with DC looking to consolidate their position at the top of the table, and RR looking to storm into the top 4. DC and RR have both […]
By Naman Agarwal Sat, 25 Sep 2021 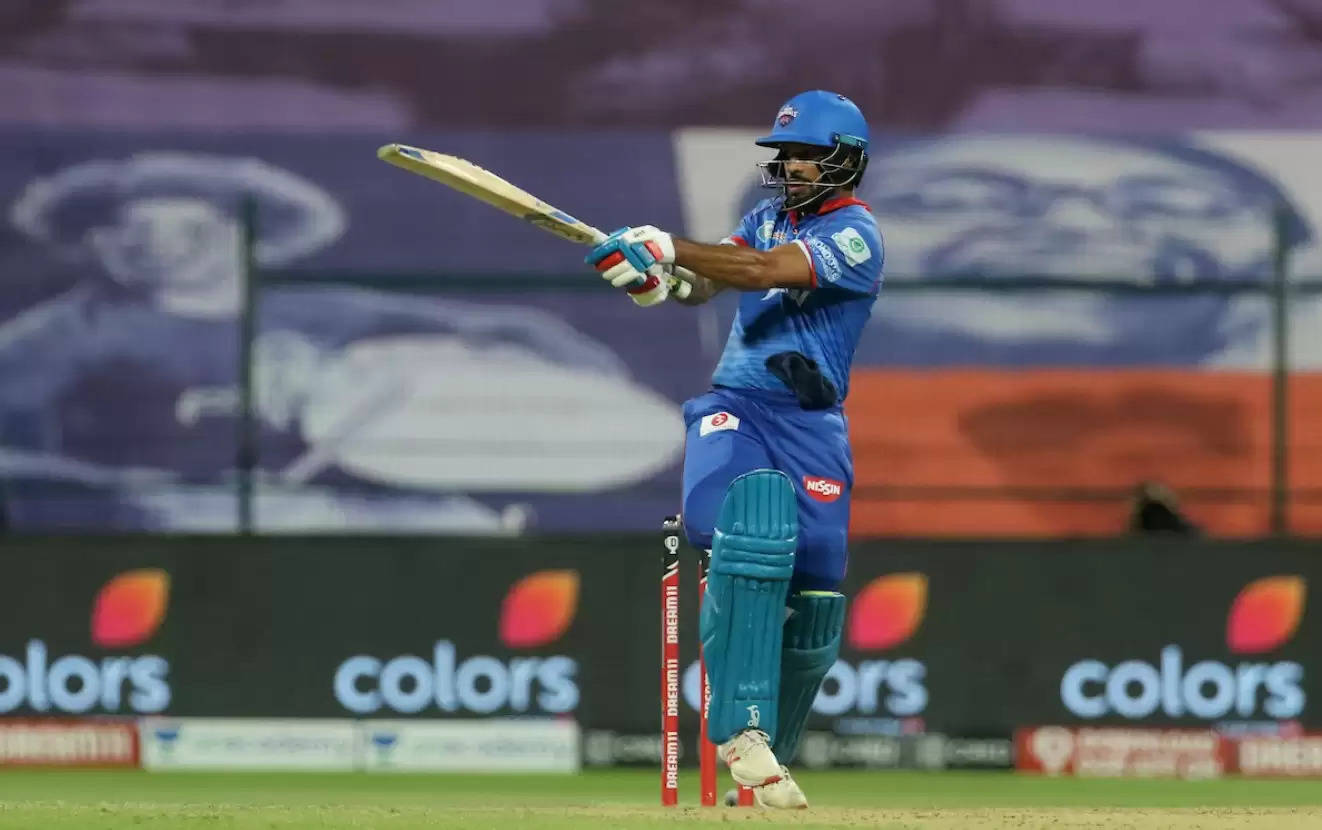 Match 36 of IPL 2021 between DC and RR will be the first day game of Phase 2. It has all the ingredients to be a blockbuster event, with DC looking to consolidate their position at the top of the table, and RR looking to storm into the top 4.

DC and RR have both got off to winning starts in Phase 2 of the IPL. The manner of their victories were fairly different though, to say the least. While DC registered a comfortable victory over SRH, chasing down a sub-par total with more than 2 overs to spare, RR had to pull off one of the greatest heists in the history of T20 cricket to secure two points. Going ahead into their clash on Saturday, one of the most important factors which the fotunes of both the teams will depend on, is whether Shikhar Dhawan continues on his merry way, or whether the law of averages finally catches up with him.

Dhawan has been the second highest run scorer in the IPL since 2019 after KL Rahul. The transformation he has brought in his game post 2019, has been of the highest order. His strike rates while starting off are no longer an issue, nor is his middle overs game against spinners. To get an idea of just how important he has been to DC and their recent success, consider this :

Since 2020, there have been 9 instances where Dhawan has scored less than 20 runs. Out of those 9 matches, DC have lost 7, tied 1 (which they eventually won in the Super Over), and won only 1.

Get Dhawan early → Increase your chances of winning significantly against DC. Hence, in the game plan for this match, we’ll be focusing on who, where, and how should RR bowl to get rid of their main threat at the top.

Since 2019, Dhawan has been particularly punishing against spin of any kind inside the Powerplay. Although he’s been dismissed most often by off spin (4 times) in this period, he has also struck at a strike rate of 142.17 against them. RR generally don’t play a lot of spinners anyway, and even the ones they do, don’t bowl in the Powerplay.

As for pacers, Dhawan has been generally disdainful of medium pace, especially right arm medium pace, averaging more than a 100 against them. It is against high pace that he has struggled to preserve wickets (avg against LAF — 14, avg against RAF — 28), or get the scoreboard moving (SR against LAF — 93.33, SR against RAF — 102.44). From this, it is clear that RR need to attack him with pace early on, and they have options to do that in Morris, Tyagi, and even the two left armers in Sakariya and Mustfizur.

Over the wicket or Round?

In the Powerplay since 2020, Dhawan’s strike rate against right arm pacers bowling from round the wicket has been a mere 100, and he has got out from that angle twice in 47 balls. Whereas against the over the wicket angle (including right arm and left arm pacers), he averages 45.17 and strikes at 128.44.

In the stumps or outside?

Against pacers in the Powerplay since 2020, the lines which have troubled Dhawan most have been the off stump (avg 7, SR 53.85), and middle stump (avg 16.5, SR 132) lines. Anything outside the off stump comes under his natural strong zone and it shows in the numbers below as well.

While his boundary ball % has been the highest (28%) on the middle stump, his false shot % has also been right up there (28%). That is because with the middle stump line, it is easy to get the feeling that the ball is drifting on to the pads, and look for an attacking shot on the leg side. That attacking shot is generally the pick-up shot or the flick, for Dhawan, and if the ball does anything off the surface or in the air, those two shots become high risk ones when the ball is only on the middle stump, and not on the leg stump or outside.

So — go round the wicket (or wide of the crease if you’re a left arm pacer), and angle it in to the off and middle stumps, to cramp him for room and not let him free his arms. So far, so good. Now, what length to bowl?

Like most other openers in general, it is the good length which has troubled Dhawan the most. Since 2020, in the Powerplay against pacers, he has faced 107 balls at the good length, and managed to strike at only 100.93, while getting dismissed 4 times.

Even the short of good length has been quite difficult for Dhawan to score freely off. Although he has averaged 55.5 to short balls, his strike rate has been a not so impressive 113.27 against them. What he has punished though, is the full ball. The strike rate of 193.94 and the boundary ball % of 42.42 indicate that it is an absolute crime to bowl full to Dhawan.

While he has averaged almost 90 off the backfoot in the Powerplay against pacers since 2020, his strike rate has been less than a run-a-ball. If you want to err, you can err on the shorter side.

From all the data we have seen so far, it will be safe to conclude, that the right arm pacers of RR need to come round the wicket and the left arm pacers need to go wide of the crease to Dhawan from the start, angle it in to his off and middle stump, and aim at the top of the stumps, not allowing him to come forward easily. Basically like this :

None of the four pacers who played the last game for RR — Morris, Tyagi, Sakariya, and Mustafizur — have a good record against Dhawan. Among them, he has only got out to Morris (once) so far in his T20 career. RR will hope that this statistic changes on Saturday.