England captain Joe Root on Thursday was looking forward to the prospect of two of the world’s fastest bowlers operating on a pace-friendly pitch in the fourth and final Test against South Africa, starting at the Wanderers on Friday, and was excited at the potential return of Jofra Archer. Root said Jofra Archer had bowled […]
By PTI Thu, 23 Jan 2020 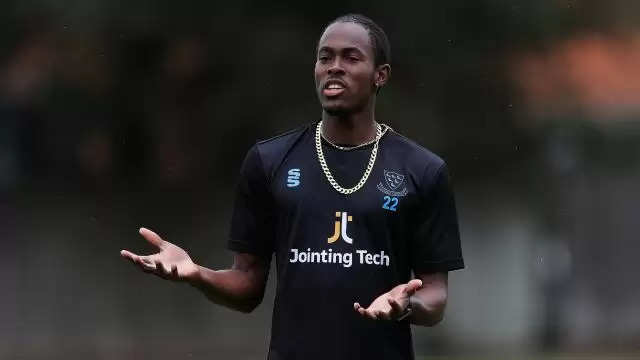 England captain Joe Root on Thursday was looking forward to the prospect of two of the world’s fastest bowlers operating on a pace-friendly pitch in the fourth and final Test against South Africa, starting at the Wanderers on Friday, and was excited at the potential return of Jofra Archer.

Root said Jofra Archer had bowled with “good pace” in practice on Wednesday after recovering from an elbow injury which kept him out of the second and third Tests — both of which England won to take an unbeatable 2-1 series lead to Johannesburg.

He said that if Archer had no lingering signs of injury or soreness, England would have a “really good selection headache”.

Mark Wood startled several of the South African batsmen in the third Test in Port Elizabeth, bowling bouncers at around 150kmh.

Jofra Archer is also among the world’s small club of 150kmh bowlers.

“It would be nice to see how they go together,” said Root.

“I think they would be a relentless barrage of pace which is exciting, especially on a surface such as you typically get here at the Wanderers.”

But Root cautioned that history showed it was not always the fastest bowlers who prospered at the stadium.

“The accurate guys are those who have success here. It would be great to have that firepower but ultimately we’ve got to make sure we hit those areas (on the pitch),” he added.

“We’ve been very good in that department on this tour.”

Root said that it would be “a very big achievement” if England could complete a series win.

“When we’ve got our opportunities we’ve taken them,” he said.

“How strong are we mentally in this last hurdle? We know where we have been a little bit poor in our game plans,” he said.

He said South Africa had not scored enough runs in the first innings.

“That’s the basic of Test cricket, you can look at England as a blueprint, the top three batting at their own pace and making sure they (are) setting up the innings for the rest of the guys to come in and play.”

Du Plessis refused to answer questions about his future after being replaced as one-day international captain by Quinton de Kock — and left out of the squad that will play three ODIs against England, although a spokesperson said he would be willing to talk about one-day cricket at the end of the match.

“I’d like to, for my own personal reasons, focus on this Test match,” he said.

Du Plessis said Temba Bavuma would replace Zubayr Hamza in the XI, but there would also be a change in the batting order, with Rassie van der Dussen moving up to number three, the position filled by Hamza in the first three Tests.

He said the rest of the line-up was dependent on conditions, especially with a forecast of rain on the first day.

Du Plessis said he hoped Vernon Philander, who will retire from international cricket after the match, would finish his Test career “with the storybook ending he deserves” on a pitch where he has done well in the past.