England v Ireland, 2nd ODI, Southampton – Ireland aim to fight their way back in the series

“The batters were really disappointed. We’ve been working really hard in the last six-eight weeks, putting in countless hours, gym sessions, so it was really disappointing that it had to go that way.” […]
By Rajarshi Das Fri, 31 Jul 2020 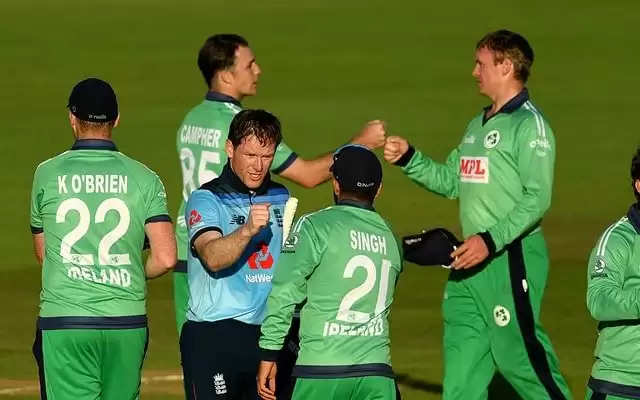 Ireland have to pull their socks up if they want to challenge the England side at all in the remaining games. They can help themselves by bringing the experienced William Porterfield back in the side. Captain Andrew Balbirnie said that he expects more from himself and his deputy Paul Stirling, who would want to improve his record against their British rivals, having scored a personal best of 48 against them.

One positive aspect for Ireland from the previous game was that despite their opening bowler Barry McCarthy hobbling off the field, unable to complete the first over, the Irish bowlers did put up a good fight. Ireland have two good seamers in Boyd Rankin and Joshua Little to choose from, given that both of them can extract good bounce and some lateral movement off the wicket, which might come in handy on a flat Ageas Bowl deck.

James Vince needs to understand that when he has power hitters like Jason Roy and Jonny Bairstow opening for his team, he does not require to go all-out attack after getting off to a good start. His job, as a number 3, is to bat for a long period of time, convert a good start into a big innings, something that he has failed to achieve so far in his 5 year-long One Day International career, his only 50+ score coming against Sri Lanka in 2015.

Tom Banton, who too, fell to a rash shot in the last game, losing an opportunity to guide England to a comfortable win, would want to take a leaf out of Sam Billings’ book and create an impact in the series, in order to impress the selectors. Morgan clearly stated the fact that the fringe players will have to do something extraordinary to make it to the first-choice 15 member squad, something that both Vince and Banton need to pay heed to.

After being dropped from the Test side after the first Test against the West Indies, Joe Denly’s summer has gone from bad to worse as he has been ruled out of the ODIs against Ireland after suffering a back spasm. Uncapped explosive Lancashire batsman Liam Livingstone has been called up from the reserves as his cover. Given that the England bowlers performed tidily in the first ODI, and captain Eoin Morgan clearly indicating that he would consider not tinkering with his batting order, England might go with the same team, unless they decide upon playing a fresh pacer owing to the lack of rest in between the two games.

The positive aspect about Ireland’s ploy of trying out new players is heartening, meaning that they are looking to build players for the future, but, in order to ensure that such youngsters get to play World Cup Cricket in the near future, they will require their senior pros to play alongside them, step up, and act as an inspiration. This is their best opportunity to beat England in an ODI series and make an impact, given that majority of England’s first-choice squad have been rested. The experience of William Porterfield in the batting order will be very much necessary amidst a power-hitting friendly top-order. An injury to Barry McCarthy last game might pave the way for seamer Boyd Rankin to return to the side due to his experience.

It looked like there was not much for the bowlers on the deck in the first One Day International, other than the ball occasionally skidding off the surface. Although, there might be something for the spinners deep into the game. Lack of application and hurriedness from the batsmen of both sides resulted in their downfall last time. Once again, given England’s depth in the batting, and the fact that they have been successful doing so in the last game, they would ideally like to chase. The Irish would not mind that if they were to keep in mind the history of One Day Internationals on this venue.