In January 2019, West Indies captain Jason Holder became the No. 1 all-rounder in the ICC’s Test rankings and imitated Sir Garry Sobers in achieving the top spot. In the past few years, Holder has been pretty impressive in all departments, giving outstanding performances for the team. He is currently the highest-ranked Test player for […]
By Darpan Jain Sun, 5 Jul 2020 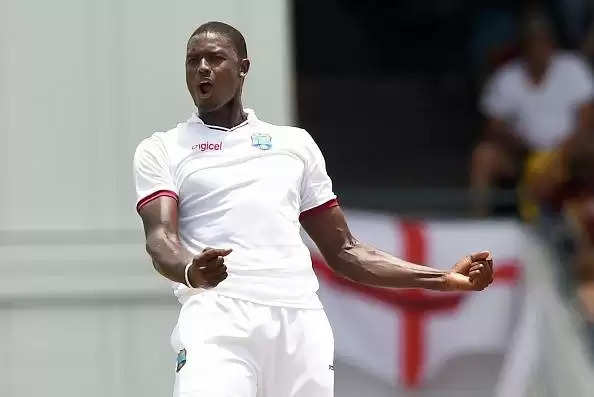 In January 2019, West Indies captain Jason Holder became the No. 1 all-rounder in the ICC’s Test rankings and imitated Sir Garry Sobers in achieving the top spot. In the past few years, Holder has been pretty impressive in all departments, giving outstanding performances for the team. He is currently the highest-ranked Test player for West Indies across all three disciplines.

His superb all-round show also earned him a place in the ICC Test Team of the year 2018. After a shaky start to the career, finally, a promising talent started reaping fruitful results. An all-rounder with several responsibilities, including the captaincy of a side that has struggled to come together in the format, he gave a perfect reply to all those doubting his expertise.

But, did he get enough appreciation and applauds from the cricket fans and experts? His numbers in the last two years have shot through the roof. Despite making important contributions in the team’s cause, he often goes unnoticed.

Let’s have a look at his beguiling performances in the past couple of years:

Test cricket has seen a significant growth of bowlers in the recent times. The likes of Pat Cummins, Neil Wagner, Kagiso Rabada and other quality bowlers have raised their bars, making life tough for the batsmen. The chart below discloses bowlers possessing the best bowling average since 2018.

Remember his magnificent spell at Sabina Park, where he demolished Bangladesh? The 28-year old took 11 wickets in the game and helped his team register an emphatic series win. Apart from this match, Holder has produced several more stellar spells in Test cricket.

One cannot label him as a ‘minnow basher’ because he has been equally superb against the top-quality teams. The sides boasting high batting averages have also succumbed to Jason Holder. Due to his excellence, the West Indies have handed shocking defeats to the top-ranked teams recently.

The lanky pacer tops the chart again with a sumptuous bowling average of 17.78 against the best teams in world cricket currently. Among all the bowlers playing at least six matches and taking 30 wickets against these nations, Holder has the third-best (2.41) economy and strike rate (44.1) in this timeframe. Among all the teams featuring in at least five Test matches since 2018, the top-six sides mentioned in the bar chart have also the best Win/Loss ratio in this duration.

His ability to extract seam movement with greater control from the track makes him very threatening. In the fiery spell against Sri Lanka in 2018, he presented the perfect use of red cherry, which was a treat for cricket fans to watch. Although his team lost the fixture, his marvellous bowling earned him the ‘Man of the Match’ award.

To call him a handy batsman would be criminally incorrect and iniquitous. His numbers with the willow have improved drastically in the past few years. There have been several occasions where the right-handed batsman has pulled his team out of troubled waters and helped in posting a respected total on the board.

Among all the batsmen who have batted in at least ten matches at No. 7 or below, Jason Holder has the highest batting average since 2018, proving his mettle with the bat. His 680 runs with the bat have come at a wonderful average of 42.50, while other quality batsmen failing to even have an average of 40. Since 2018, Jason Holder is the second-highest run-scorer and boasts of having the highest batting average for West Indies in Test cricket.

His finest innings with the bat came against England, where he went on to score a staggering double-century, leaving the opposition in tatters. Walking in at 120-6 in the second innings, a confident Holder took charge and shared a mammoth 295-run partnership with Shane Dowrich for the seventh wicket. West Indies won the game comfortably and later sealed a historic series win over England, with Holder donning a salient role.

Top all-rounders by their average difference:

The picture is crystal clear, it’s Jason Holder again. With a splendid average difference of +28.27, the tall all-rounder emerges as a winner, while Ravindra Jadeja follows him with a +25.62 value. Since 2018, Holder averages 42.50 with the bat and 14.22 with the ball in the longest format of the game, which are phenomenal numbers for an all-rounder.

Among all the 70 all-rounders with at least 1000 runs and 100 wickets, Jason Holder holds the tenth position with an average difference of +6.34 in Tests. Among the current set of players, Holder grabs the third place in the list, with only Ravindra Jadeja (+10.63) and Shakib Al Hasan (+8.27) being ahead of him. A couple more excellent series will certainly lift him and place him ahead of Shakib Al Hasan.

Expectations for the upcoming series against England:

The last time West Indies toured England, Jason Holder didn’t have a memorable series. He couldn’t live up to the expectations, failing miserably in all the departments. However, since the England tour, Holder has improved himself to a large extent.

In the last series against England, Holder impressed everyone with his all-round show. The Barbados-born was the leading run-scorer, scoring 229 runs at a majestic average of 114.50 in three innings. Apart from the batting, he also picked up seven wickets at a fine bowling average of 17.86 with the ball.

The conditions in England will be ideal for the West Indies captain, Jason Holder. Since 2018, when he is the first or second bowler in an innings, he averages 11.24, hence, he should bowl more with the new ball against England. The fate of West Indies will largely depend on his performances.

Jason Holder is the No. 1 ranked all-rounder in Test cricket currently with 473 points. In 2019, the tall all-rounder amassed 344 runs at a mind-blowing average of 49.14 with the willow. Since 2018, the 28-year old also has the joint-most five-fors (5) in the longest format of the game.

Apart from his personal performances, Holder has led his side with panache and authority. Under his leadership, West Indies have won six out of eleven Test matches, with one ending in a draw, since 2018. The Men in Maroon have a Win/Loss ratio of 1.500, which is the joint third-most in this period.

Jason Holder is a complete package: a trusted batsman who can play according to the situation, a skilful bowler who can use the conditions very well, and an inspirational leader who can lead the team from the front.