After losing the first Test at Southampton, the way England came back hard at the West Indies wasn’t a surprise. One could have seen that coming. Especially, there was no way England was not going to win the match, after the way they batted in the first innings. Though briefly there was hope for the […]
By Gomesh Shanmugavelayutham Thu, 23 Jul 2020 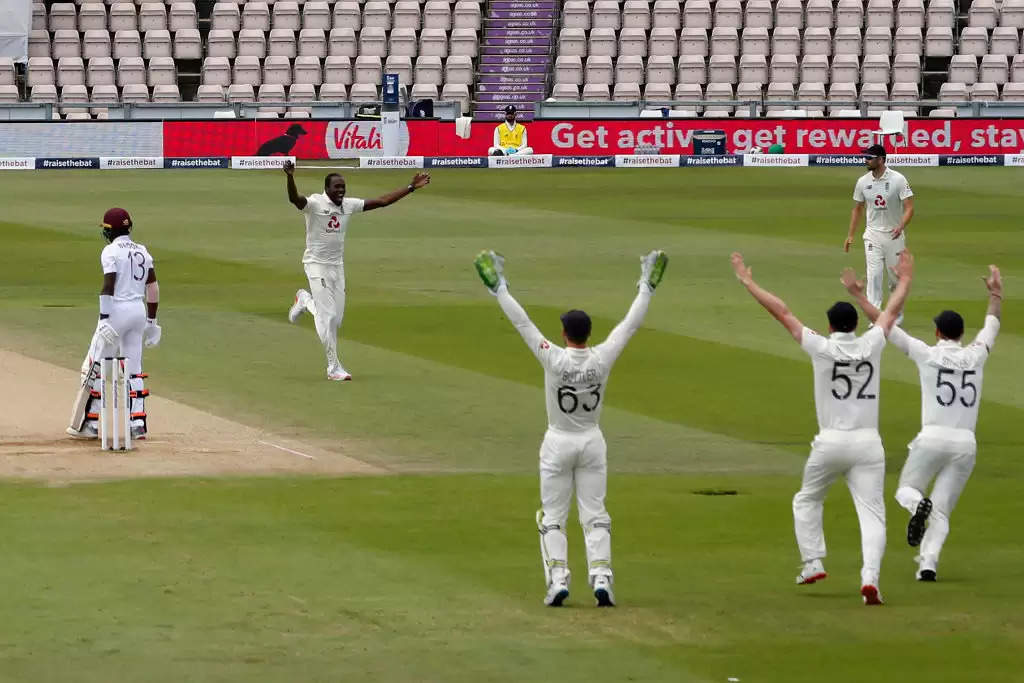 After losing the first Test at Southampton, the way England came back hard at the West Indies wasn’t a surprise. One could have seen that coming. Especially, there was no way England was not going to win the match, after the way they batted in the first innings. Though briefly there was hope for the Windies to steal a draw when Jermaine Blackwood and Shamarh Brooks were batting together, it was always going to be wicket or two to change the tide for England. After all, they haven’t lost a three-match Test series since 2012.

Ben Stokes, well, did a Ben Stokes in the match and saved the series as he did in the last year ashes. There is no point in wasting the repetitive adjectives that have been used on him by the writers, commentators and fans over the past week. Moving on the third Test, both England and West Indies would want to win the match and subsequently the series, given the historical context of the series amidst the pandemic.

A series win here for the West Indies would do a greater good for the global cricket hierarchy. However, it is not going to be a cakewalk as seen in the second Test. Even in the previous tour in 2017, going into the third Test the scoreline was 1-1. England came back strongly to win the decider. However, it would be a mouthwatering contest, if the tourists put up a performance at Old Trafford this time.

More than the exciting cricket that we have witnessed over the past ten days, what stands out as a relief is that there haven’t been any unprecedented health concerns. The success of the series was crucial for the return of cricket. So far all seems good. Another five safe days of Test cricket and hopefully this series would set the path for the sport’s return in other parts of the world.

While England is yet to announce their 13-men squad for the third Test, Jofra Archer coming back to the team after completing his isolation is the most significant news. It is most likely that he could replace one of the seamers in the eleven. James Anderson, too, might be back in the team. England head coach Chris Silverwood said that they would want to play the strongest bowling attack possible while describing Anderson as ‘a world-class bowler, and the best we’ve got’. Given their performance in the second Test, it would be a hard choice to make Chris Woakes, Stuart Broad, and Sam Curran.

READ: “You Cannot Do That Ben Stokes”

Jos Buttler and Dom Bess are probably the other two players, who are on the radar. Though they might not have performed as well as they would have liked, England might stick with them for this match and see what changes to be made in the next series. Silverwood said, “I thought Bessy got better and better as the game went on. He found his rhythm, and the last few overs he came to the forefront. All the options are on the table, but Dom is the spinner that’s in possession at the moment.” For Buttler in particular, it could be the last streak in the longer format, if he fails to do well.

Otherwise, there is very little for England to worry about. Their batting line-up should remain the same. Dom Sibley showed yet again while he could be a long-term investment for the opening slot. England would love to see their captain Joe Root coming back to form. Apart from that, Rory Burns and Ollie Pope have done little wrong to drop them, especially when England is trying to build a team for the future.

For starters, West Indies is most likely to go ahead with the same seam attack for the series decider. Though Shannon Gabriel and Alzarri Joseph had to walk off the field a couple of times, the word is that they should be fit to play the third Test. Jason Holder has been the most consistent of them. The captain had taken it upon himself to do the job. He has bowled the second-most number of overs in the series so far, two less than Kemar Roach.

Roach, who was expected to do well in English conditions, does not have much to show in the wickets column. He has taken just four wickets at an average of 46.50. However, numbers may not tell the whole story. For a larger part of the series, Roach has been unlucky. According to the Cricviz data, Roach has the most negative difference between expected wickets and wickets taken.

ALSO READ: Is The End Nigh For Shai Hope And His Headingley Tryst?

The biggest worry for the tourists lies in the top-order. The failure of Shai Hope and John Campbell is proving to be frustrating, and the team management is aware of that. Coach Phil Simmons said, “It is something that we have to discuss over the next couple of days, and make a decision as to which direction we go there.” Shai Hope’s Test numbers have gone downhill since his last century at Leeds in 2017. Similarly, Campbell too hasn’t had a good score in this series. Nkrumah Bonner could come in for Hope in the middle-order, and it could be tempting to play Rakheem Cornwall in the lower middle-order.

The other issue for the Windies is the failure to convert the starts to big hundreds. Seven half-centuries have been made by their batsmen, and none of them was converted into centuries. “It’s critical that our batsmen carry on and make big hundreds. Stokes made 176, Sibley 120-odd. Our batsmen need to make hundreds because our bowlers have been doing their job. Now the batsmen need to stand up and do what they have to for West Indies cricket,” Simmons said.

After winning the second at the same venue, the condition would be the least of the worries for England. For the West Indies, having familiarised with the ground, they should make better choices than that of the previous encounter. Choosing to bowl after winning the toss probably didn’t go their way. In the last four matches that were played here, the team that batted first won the match. Both the teams would want to win the toss and bat first as the first-innings lead becomes crucial.