England captain Heather Knight feels it would be “a shame for the tournament” if rain plays spoilsport in their Women’s T20 World Cup semi-finals against India at the Sydney Cricket Ground on Thursday. There is forecast of heavy rain for much of the day and there is no reserve day. If play is washed out, […]
By IANS Wed, 4 Mar 2020 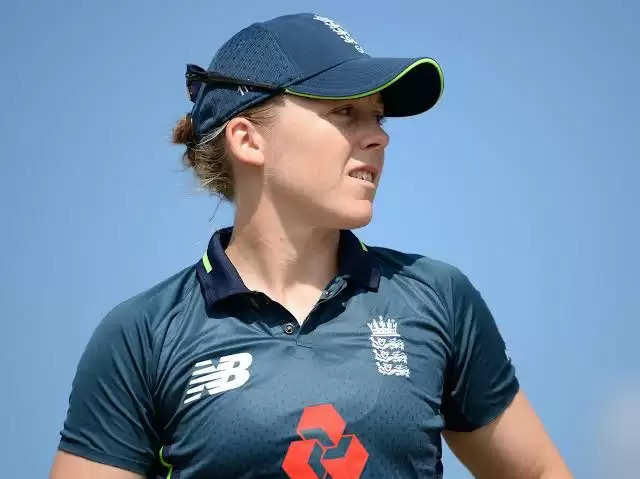 There is forecast of heavy rain for much of the day and there is no reserve day.

If play is washed out, India and South Africa — who play Australia in the other semifinal — will move to the final as they finished on top of their respective groups.

“If both semi-finals are lost, it will be a sad time for the tournament,” Knight was quoted as saying by BBC.

“The reserve day would be useful in this situation and it’s a shame for the tournament in general.”

“The regulations are the same for the men’s T20 World Cup, we did check that this morning. It is strange,” Knight said.

“It will be a shame if it does happen and I’m sure there’ll be a lot of pressure to change it.

“We’d be gutted if it did happen, but it’s our own fault for losing [the opening game] against South Africa. We didn’t top our group and we only have ourselves to blame.”

Earlier, Cricket Australia had made a last-minute request of having a reserve day for the semi-finals.

Cricket Australia’s chief executive Kevin Roberts on Wednesday revealed that the request was made to the ICC, which the apex body declined.

“We have asked the question and it’s not part of the playing conditions. I respect that because we have said the same thing in tournaments that we run in Australia,” ESPNcricinfo quoted Roberts as saying on the radio station SEN.

“It gives you cause to reflect on how you might improve things in the future absolutely, but going into a tournament with a given set of playing conditions and rules I don’t think it’s time to tinker with that as much as with an Australian hat on I might love that,” he added.

However, an ICC spokesperson said: “The ICC T20 World Cups are short sharp events where reserve days are factored in for the final. Allowing for any other reserve days would have extended the length of the event, which isn’t feasible. There is a clear and fair alternative should there be no play in any of the semi-finals with the winner of the group progressing.”