Right, the stage is set. The biggest game in the history of women’s cricket in India is due on Sunday when the Women in Blue will take part in their maiden World Cup final appearance against hosts Australia in Melbourne. India have had a dream run in the T20 World Cup so far. They kicked […]
By Anjishnu Roy Sat, 7 Mar 2020 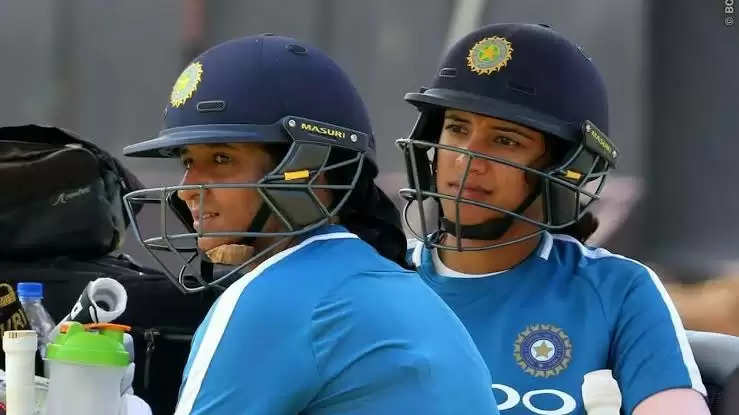 Right, the stage is set. The biggest game in the history of women’s cricket in India is due on Sunday when the Women in Blue will take part in their maiden World Cup final appearance against hosts Australia in Melbourne.

India have had a dream run in the T20 World Cup so far. They kicked off their tournament with a victory over their opponents in the final on 8th March – Australia. Harmanpreet Kaur and co pulled off an upset by beating an Australian side that had defeated them in the final of the Tri-Nation Series a few weeks back, attaining the sweetest of retribution. India haven’t had to look back since. They managed to dominate every other opponent in the group stage to finish as the only undefeated team in the group stages.

Their hyped semi-final clash against England got washed out due to the rain. While many people pointed fingers at India getting a ‘free pass’ to the final because of poor scheduling policies by ICC, it was simply down to India playing better cricket in the group stages.

India have arguably been the best team in Women’s Cricket over the past few weeks and while the likes of Shafali Verma, Poonam Yadav and Shikha Pandey have performed brilliantly, it is not to say that the side doesn’t have issues to fix. The performances of India so far in the World Cup, have been very balanced with both batswomen and bowlers joining in on the party.

While both spin and pace have been effective from the bowling unit, Shafali Verma’s heroics with the bat have done wonders at the top for India.

So consistent and brilliant has been Shafali’s performances in the group stage, that she ended up winning consecutive Player of the Match awards – becoming the first and only Indian to do so since Mithali Raj in the World Cup in 2018.

In many ways, fingers can be pointed at the fact that India have been too reliant on Shafali Verma to do the talking with the bat. Verma, who recently rose to the position of the number one batswoman in World T20Is has covered for more experience personnel in the batting department. Her impeccable form has overshadowed the failures of Smriti Mandhana and skipper Harmanpreet Kaur in the tournament.

Smriti Mandhana arrived into the ICC Women’s T20 World Cup on the back of a series of vintage displays in the Tri-Nation series where she got consistently good knocks with every game. She ended up as the highest scorer in that series and was undoubtedly the player to look forward to the most.

The most runs Mandhana has achieved in the tournanment is 17 while skipper Harmanpreet Kaur who has been an absolutely explosive force for the Indian team for the past few years has scored 26 runs in four matches.

Smriti and Harmanpreet are two of India’s best and most experienced performers in the batting department and while the hole left by their underwhelming performances hasn’t really been exploited in the tournament so far, it could prove to be a real thorn for the side in the final.

Megan Schutt might have claimed in an interview recently that she hates facing the Indian side, claiming that ‘Smriti and Shefali have got her covered,’ Australia’s plans as far as the bowling unit is concerned will be clear – get rid of Shefali Verma as soon as possible and force pressure on the middle order.

As a unit, India’s batting unit leaves a lot to be desired and veteran bowler Jhulan Goswami thinks both Smriti and Harmanpreet Kaur are due for a big score and hopefully, it will arrive in the final. “They [Harmanpreet and Mandhana] both are brilliant cricketers. I have not seen Harman failing to score for this long, but that can happen to any player. I am sure she will bounce back. Even Smriti is due for a big one,” suggested Goswami.

The duo has scored 68 runs in the tournament combined and on the off chance that Shafali Verma’s magic does not work, especially in the Powerplay overs, India will look to its leader and its most prized asset to deliver in Melbourne.

But will they be ready for the task?