IND v SA: In stats – Why Temba Bavuma needs a longer rope, but…

“I can honestly probably say, being critical of myself, that I’m giving my best but probably my best at this point in time is not good enough.” South Africa’s middle-order batsman, Temba Bavuma said in a rather honest press conference during the Pune Test match. Coming into this series, much was expected of Bavuma. Aside […]
By Rohit Sankar Tue, 15 Oct 2019 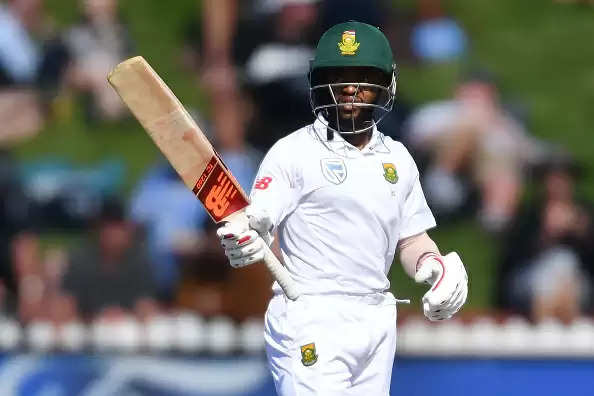 “I can honestly probably say, being critical of myself, that I’m giving my best but probably my best at this point in time is not good enough.”

South Africa’s middle-order batsman, Temba Bavuma said in a rather honest press conference during the Pune Test match. Coming into this series, much was expected of Bavuma. Aside from the fact that he had put up a solid show in the two appearances he made at the top of the batting order in the farcical 2015 tour, Bavuma’s abilities against spin were written about at length.

He was a figure of composure in the build up to the tour, shining for South Africa in the T20Is alongside Quinton de Kock, showcasing fine temperament.

His overall Test average after 38 Tests is a disappointing 31.78, but more worryingly he only has one Test hundred in five years of International cricket. Those aren’t qualities you seek from a top-order batsman in a top Test nation.

But such has been South Africa’s backing of Bavuma that you feel he is next in line to lead the Test side despite all this. With voices growing on why he should be dropped instead, it is ideal to dig a bit deeper into his Test career.

That he is a promise unfulfilled is evident when you check how he has gotten starts but failed to convert those. Among Test batsmen since his debut, no batsman has more scores of 30 or more without scoring more than one hundred. Bavuma has 25 such scores with only one Test hundred.

He is joined by some elite names in the list in Jos Buttler, Sarfaraz Ahmed, Niroshan Dickwella, Jeet Raval and Babar Azam. However, Bavuma’s strike rate of less than 50 means that he is less than an ideal candidate to score runs quickly – a prerequisite if you are only making fancy 30s and 40s.

Among South African batsmen, Bavuma adds among the least few runs on top of 30 if and when he crosses it. He scores an average of just 26 runs over 30 when he does cross the threshold (30 runs). This is worse than Aiden Markram, JP Duminy, Dean Elgar, Stephen Cook, AB de Villiers, Faf du Plessis and Hashim Amla since his debut.

All of this points at an inability to make his starts count and be valuable enough for the team. But it is presumptuous to merely assume that just because he does not add enough runs on top of 30, he is dispensable.

A key factor to note from the ongoing India series is that Bavuma was pushed to bat at no 4 in two out of four innings and scored less than 10. When batting at 5, Bavuma reached double digits twice. Sure, it is a flawed judgement given the sample size, but Bavuma’s batting position, as is Faf du Plessis’, is crucial to his success.

Put aside his record as opener (a very small sample size), and Bavuma’s better numbers are all from down the order. His batting average and balls faced per innings are at a peak when he bats at no 5. While a slight change in position might appear a superficial factor, it is in fact crucial for Bavuma. To understand this, it is imperative that we understand the kind of batsman he is. Often criticized for batting within a bubble, Bavuma believes in consuming time at the crease and then stamping down his presence. It is one reason (hopefully the only reason given the growing transformation concerns that even Graeme Smith hinted at) why he has stayed on in the side despite the numbers going against him.

The widely accepted fact is that Bavuma has one of the best techniques in the South African top-order.

“The reason why Temba is batting at 4 is because technically he is a very, very good player”, du Plessis had said after the Vizag Test. “He will be the first to say that his numbers don’t back that up but technically he is one of our better players and we know that. We just want to give him that backing that he deserves, the confidence to bat in a big position at No.4 and we believe he will get the runs.”

Bavuma fell to deliveries that kept low in either innings at Vizag and du Plessis specifically pointed this out. But one innings after the Pune Test, he was pushed back down to no 5 with du Plessis stepping up above him. It is perhaps time to determine a right position for Bavuma and stick by it.

That, from statistical evidence, isn’t no 4. Rather, it is lower down the order, sandwiched between du Plessis and de Kock, that Bavuma is likely to be most effective. This is backed up by his partnership history which shows incredible numbers when batting alongside the skipper and the keeper.

There is also enough evidence to suggest that Bavuma’s best is indeed good enough for this current South African team at least. Of players in the current setup, Bavuma’s average number of balls faced in an innings is impressive and only below Elgar, Markram and du Plessis. It isn’t vastly different from his corresponding first-class numbers either.

Now that his lower order proficiency in this South African side is established, it is only apt that we check his effectiveness with counterparts from around the globe. Since 2016, Bavuma and de Kock have been among the most effective batsmen at positions 6 and 7 in Tests.

The two have 16 and 20 innings above 30 in Tests, both among the top five in the world. Combine this with Bavuma’s ability to consume deliveries – 2491 deliveries faced from positions 6 and 7 since 2016 in Tests – and de Kock’s strike rate – 75.18 in Tests since 2016 – and you have an ideal one-two punch similar to Jonny Bairstow and Ben Stokes.

Surely, the evidence suggests that South Africa have been right in retaining Bavuma and handing him more responsibilities. However, the role they have in mind for Bavuma might need a re-look. With Theunis de Bruyn and Zubayr Hamza available as top-order batsmen, Bavuma is perhaps best left alone with de Kock.