IND v SA: Know the spinners as India and South Africa fight it out in the World Test Championship

India will take on South Africa in the first of three-match Test series, scheduled on October 2 in Vishakhapatnam. This marks India’s second and South Africa’s inaugural series of the ICC World Test Championship campaign. Virat Kohli’s men are dominating in red-ball cricket as they have won all their previous 10 home series and are […]
By Vraj Rupchandani Mon, 30 Sep 2019 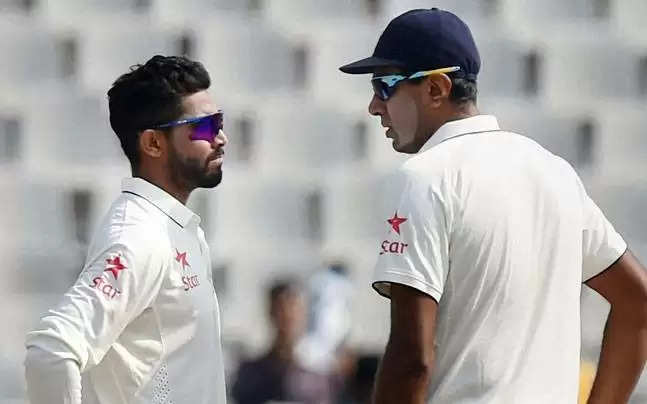 India will take on South Africa in the first of three-match Test series, scheduled on October 2 in Vishakhapatnam. This marks India’s second and South Africa’s inaugural series of the ICC World Test Championship campaign. Virat Kohli’s men are dominating in red-ball cricket as they have won all their previous 10 home series and are eager to break the record of Australia, who had also won 10 Test series in a row in their backyard.

Meanwhile, with the longest format of the game coming to India, the focal point of discussion becomes the spinners and the pitches on offer. As India’s home Test series sets to kickstart, let’s have a look at each of the six spinners featuring in this series.

The off-spinner, Ravichandran Ashwin, who was benched for both the Tests in West Indies tour has not been in reckoning since last year’s Adelaide Test. Bagging as many as 234 Test wickets in 38 outings at an average of 22.68, Ashwin has been one of the most prolific wicket-takers for India. Moreover, the 33-year-old has a good record against the Proteas, scalping 38 wickets in just seven matches at an average of 17.58 will be raring to mark his comeback in the International circuit when Kohli-led India begin their home Test season.

Along with Ashwin, Ravindra Jadeja wreaked havoc against South Africa in their previous home series in 2015, where he scalped as many as 23 wickets in just three outings. Talking about Jadeja’s overall numbers against Faf du Plessis and Co., he has bagged 29 wickets in just five Tests at an average of 13.90 and might pose a series threat to them. Meanwhile, the 30-year-old has played 43 matches so far and is just two wickets shy of reaching the mark of 200 Test wickets and becoming the fastest left-armer to do so.

Kuldeep Yadav put up a scintillating show against Australia in their backyard last year. In that series, he scalped nine wickets in just two outings and has been successful in cementing his place in India’s Test squad. With an average of 24.12, the 24-year-old has bagged as many as 24 wickets in just six Tests so far and is eager to make his Test debut against South Africa in the home series of the ICC World Test Championship. He had massive success against them in the ODIs in South Africa last year and should India decide to field a third spinner, could make an impact on the series.

South Africa’s spin spearhead, Keshav Maharaj has scalped 94 wickets in 25 Tests at an average of 28.44 and will be one of the key players for the Proteas against India. This will be Maharaj’s first tour to India but has an experience of playing in the sub-continent conditions. In 2018, he toured Sri Lanka where he put up a remarkable show and bagged one of the best bowling figures of 9/129 in the first innings of the second Test at SSC Colombo. Meanwhile, in the recently concluded warm-up match against Board’sPresident XI, the left-armer picked three wickets in the form of Mayank Agarwal, Karun Nair and KS Bharat.

Apart from Maharaj, Dane Piedt is one of South Africa’s frontline spinners. Piedt has not featured in the South African setup since 2016. He was a part of the 2015 series against India, wherein he played only one Test. The 29-year-old scalped seven wickets in that match. In seven International Tests, Piedt has picked 24 wickets at an average of 36.04.  However, he has immense experience of playing first-class cricket, which might come in handy for du Plessis in these spin-friendly conditions. In 110 outings, the right-armer has picked 398 wickets at first-class level. In this comeback, Piedt will look to make a good enough impact to remain in and around the setup.

Apart from Maharaj and Piedt, the Proteas will also have the services of Senuran Muthusamy, who is yet to make his Test debut. The slow left-arm orthodox has had scalped as many as 129 wickets in 69 the first-class cricket and is eager to make his mark in the international circuit on spin-friendly Indian conditions. If he plays, Muthusamy could come in as an all-rounder who can bat a bit, a void that South Africa are looking to fill since the retirement of JP Duminy. The left-arm spinner is a tidy customer with the ball and has had a good round of Sunfoil games in South African cricket before winning a call-up to the national team.