Match: India vs West Indies second T20I Date: December 8, 2019 Venue: Thiruvananthapuram Series: West Indies tour of India 2019 India are on a seven-match winning streak against the West Indies. West Indies are yet to win against India this year. India chased down 208 in the last game with 8 balls to spare. This […]
By Daiwik Tadikonda Sat, 7 Dec 2019 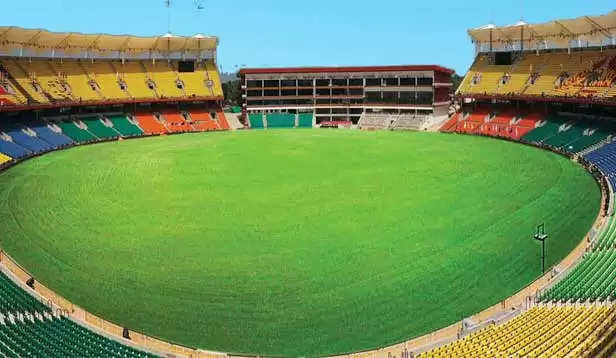 What one witnessed in Hyderabad cannot be simply described in words. The first innings was all about West Indies and their power hitting which included 15 sixes in the innings. They were hell-bent on notching up a massive score on the board right from the word go. The first over from Washington Sundar saw 13 runs come by and they didn’t look back after that. Everyone contributed with the bat.

However, for India, it was a tale of two halves. In the first innings, they looked clueless to the exemplary power hitting shown by the West Indies batsmen. With the bat however, they started off well and a Virat Kohli masterclass saw them home. It was always going to be tough for India and Virat Kohli fighting his own demons in the start of his innings bears a testament to that.

West Indies did look solid with the ball but they lost the plot as and when Kohli got going. The next T20I for them is going to be crucial to their team morale and form. They need to put up a much better show with the ball if they are to turn things around.

While there are hardly any complaints with the batting department, their bowling does need to be addressed. With the ball, the Windies started off with some aggressive short pitched bowling but once Kohli got going, they had no answers to produce to the questions posed by him.

Barring Sheldon Cottrell and Hayden Walsh, the rest of the bowlers were taken to the cleaners with all of them going at an excess of 10 or 15 an over. One thing is certain for sure and that is their need of introducing someone potent in their bowling ranks. Pollard didn’t bowl much but he does need to look closely at Kesrick Williams who leaked as many as 60 runs in 3.4 overs.

One can expect the likes of Fabian Allen and Keemo Paul to come in. Both these all-rounders are effective with the ball, particularly Keemo Paul. His slower deliveries are tough to decipher and he can be a real threat on a track like Thiruvananthapuram. Dinesh Ramdin was sloppy with his keeping in the previous game and one can expect Nicholas Pooran to come in.

It was a classic game of two halves for the hosts. With the ball they were below par but they did pull back well enough to avoid a target in 220s. With the bat however, they were controlled and Virat Kohli in particular who struggled with his strokeplay initially. He picked up the pace scoring (first 25 balls- 26 runs, next 25 balls- 68 runs) heavily towards the end. KL Rahul was impressive and scored runs at a good pace.

Rishabh Pant showed glimpses of his old form and for the first time in a while he looked as if he was playing with freedom. He was promoted up the order ahead of Shreyas Iyer and he provided a much needed impetus to the innings in his short cameo of 18 runs off 9 balls.

Coming to the bowling department, Bhuvneshwar Kumar was average in his comeback game but Deepak Chahar went at 14 an over. While one may be tempted to bring in Shami ahead of Chahar, one should remember that the 27 year-old has been in fine form off late. While this Indian bowling line-up has been consistent in the last two years, this was a rare off day for the unit. Expect India to go unchanged heading into the second T20I.

The Greenfield International Stadium has only hosted two matches so far (only ODI and only T20I). Hence it wouldn’t make sense to comment on the exact nature of the pitch. However, it should be noted that batting second under the lights is easier than batting first at this venue. The weather is expected to be pleasant throughout the course of the game with clear skies. However, some clouds are expected in the first half of the day. Chances of rain are minimal.

The pitch is likely to be a batting friendly one considering the nature of this T20I series. Moreover, with the T20I WC in mind, batting friendly pitches are a must if India are to gain confidence batting first.

With the aim of sealing the series, should India win the toss they are most likely going to field first. West Indies couldn’t defend 207 in the stipulated overs and hence it is quite natural that defending isn’t their strongest suit. WI will look to bat second on Sunday. It’s a field-first toss.

To be updated soon.