Shikhar Dhawan being ruled out of the ODI series against West Indies opened doors for the selectors to try out new options for the opening slot to partner Rohit Sharma and Mayank Agarwal has earned a much-deserved call-up. KL Rahul is the front-runner to replace the southpaw in the eleven as he has been in […]
By Anuj Nitin Prabhu Fri, 13 Dec 2019 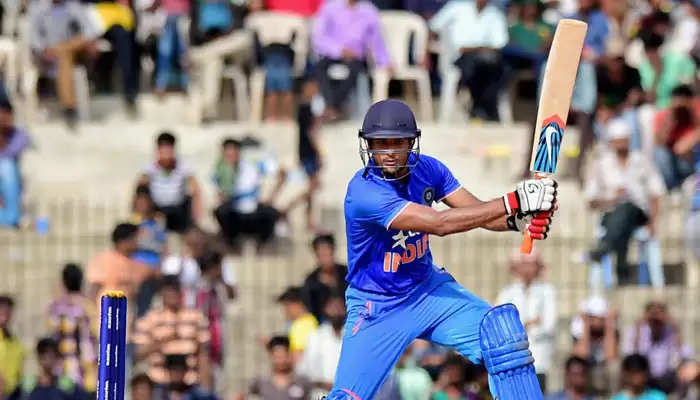 Shikhar Dhawan being ruled out of the ODI series against West Indies opened doors for the selectors to try out new options for the opening slot to partner Rohit Sharma and Mayank Agarwal has earned a much-deserved call-up. KL Rahul is the front-runner to replace the southpaw in the eleven as he has been in stunning form off late, fresh of a match-winning 91 against the West Indies in the T20 series decider at Wankhede. Rahul proved in the Vijay Hazare Trophy too that he is best suited at the opening position and is in his true self when he plays free-flowing strokes.

But the over-cautious Rahul that partnered Rohit Sharma in the 2019 World Cup after the injury to Shikhar Dhawan is a concern to the Indian team as well as the selectors and thus they had the option of adding reserve openers to the squad like Shubman Gill, Prithvi Shaw, etc. But the selectors have shown faith in Test mainstay, 28-year-old Karnataka player Mayank Agarwal. The opener has made a blazing start to his Test career with 872 runs in nine Tests that includes two double-centuries. The selectors felt that it was only fair to give Agarwal a go in the 50-over format owing to his recent form.

Rohit Sharma is arguably one of the best white-ball openers around but even he needs some time to get his eye in. Thus at this point, the Indian team needs someone who can play freely and help Rohit settle into his rhythm and that is exactly what Mayank Agarwal can provide if KL Rahul replicates his poor performance of the World Cup.

Making your Test debut in one of the biggest grounds in the world being MCG and that too on a Boxing Day will never be easy. But Agarwal played his natural counter-attacking game and especially nullified the threat posed by Nathan Lyon by taking him on and not letting him settle into any rhythm. After making a couple of seventies in Australia, his temperament was under question as he threw away the chance to score a maiden Test hundred twice.

But all the doubts were erased when he managed to score a double hundred apiece against South Africa and Bangladesh in India’s home season. Fearlessness and consistency are exactly the attributes that can make Agarwal a perfect match to partner Rohit.

Agarwal came on to the scene in IPL 2011 for RCB as a youngster who played flashy strokes and sometimes showed outrageous timing in his shots. But he was always inconsistent and failed to convert starts into big fifties or hundreds. But then he then entered the Ranji Trophy in 2013-14 season and started churning out runs for Karnataka and became a rock at the top of the order for his state. In 50 first-class games, he has scored 4815 runs at an impressive average of 50.68. His ability to hang in there and score heaps of runs season after season is what impressed the selectors and with the decline of Murali Vijay and Shikhar Dhawan in Tests, Agarwal has now become a mainstay at the top of the order of the Indian Test team.

ODI cricket is a completely different ball game compared to Tests and a completely different set of attributes are required to be successful in this format on the international stage. But Agarwal’s game has the adaptability to replicate his form in red-ball cricket to white-ball cricket. He has scored 3869 runs in 79 List A games and a healthy average and strike rate shows that he has the ability to change gears and show the consistency required to be successful at the highest level in the ODI format.

Agarwal is likely to go into the series as a reserve opener but looking at the bigger picture, age is on his side as both Rohit Sharma and Shikhar Dhawan are ageing and Shikhar Dhawan has been far from impressive in his T20 gigs against South Africa and Bangladesh.

Agarwal has certainly made a case for himself to become a regular in the Indian limited-overs squad. With the selectors likely to move on from Dhawan in their plans for the 2023 World Cup in India, Agarwal, Rahul and Rohit can form an opening trio that India may want to give an extended run and go ahead with. With Ravichandran Ashwin having left the Kings XI Punjab side, Agarwal with Rahul is among the few experienced people in the franchise and the upcoming IPL season can be very crucial for him to feature in the Indian white-ball setup more often than not.

India are also set to tour away to New Zeaand and Australia in the coming year and although these are Test series, they are very crucial from Agarwal’s point of view. If he is able to perform in tough conditions and against tough and competitive oppositions like the Black Caps and the Aussies, he might even make a case for himself to travel as a reserve opener with the Indian team at the cost of Dhawan for the T20 World Cup next year Down Under.

Thus, Mayank Agarwal’s addition to the Indian squad has the potential to be a masterstroke and if given consistent chances, Agarwal and Rohit can form the formidable opening pair for India in the limited-overs too as they have shown in the Tests. Only time will tell where the ship of Agarwal is sailing towards. The only thing that is in his hands is to prevent the ship from drowning by scoring heaps of runs every season and keep on knocking the doors of the selectors to pick him in the playing eleven until finally he breaks the door one day. Luckily he is adept at this.