India are unlikely to change a winning combination but a few changes in the bowling department won’t come as a surprise when the visitors take on New Zealand in the second T20 at the high-scoring Eden Park here on Sunday. Jasprit Bumrah was the only bowler on either side to concede less than eight runs […]
By PTI Sat, 25 Jan 2020 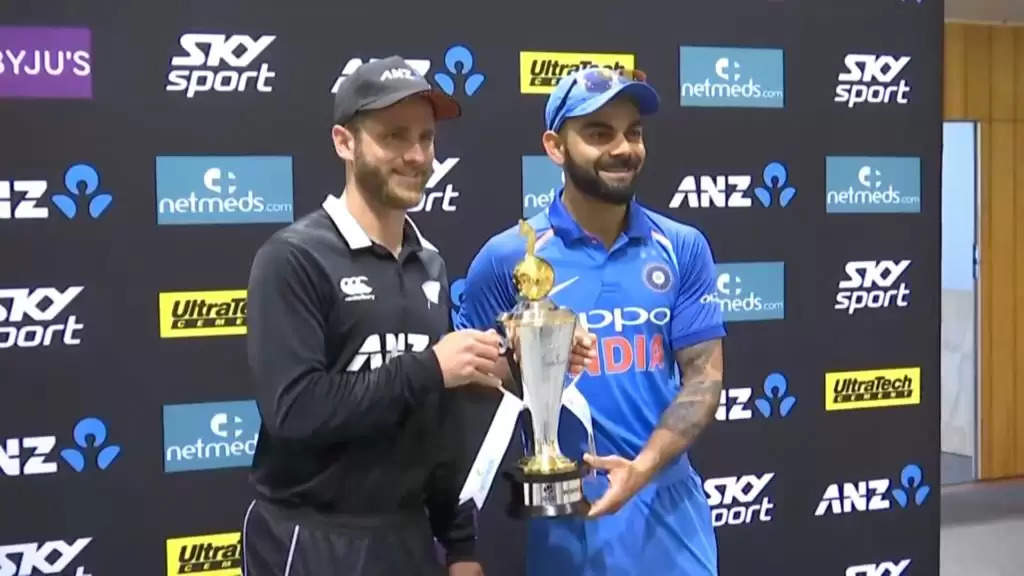 India are unlikely to change a winning combination but a few changes in the bowling department won’t come as a surprise when the visitors take on New Zealand in the second T20 at the high-scoring Eden Park here on Sunday.

Jasprit Bumrah was the only bowler on either side to concede less than eight runs per over at the peculiar shaped ground with short boundaries in the series opener on Friday.

Both Mohammad Shami (0/53 in 4 overs) and Shardul Thakur (1/44 in 3 overs) were taken to the cleaners with New Zealand batsmen using their pace to collect boundaries at will.

Since Shami is expected to retain his place in the playing eleven, Thakur might make way for Navdeep Saini. However, Saini, with his extra pace, too could go for big runs at the small ground.

It remains to be seen whether India stick to three specialist pacers and two spinners combination or bring in an extra tweaker in Kuldeep Yadav to partner Yuzvendra Chahal and Ravindra Jadeja. Washington Sundar is the the other spin option India have.

If India do play an extra tweaker, all-rounder Shivam Dube will be third fast bowling option.

Considering the conditions, Jadeja and Chahal had done a decent job on Friday, conceding 50 runs off 36 balls and taking a wicket each.

Additionally, Chahal and Kuldeep are yet to play together since the ODI World Cup ended. With the batting bearing a settled look, the team management might be keen to take a punt on their reunion.

On the batting front, Virat Kohli was a pleased skipper as the much scrutinised middle-order delivered for the team under pressure. Shreyas Iyer solidified at his position at number four with an unbeaten 58 off 29 balls.

It was a near perfect start of the tour for the away team which chased down 204 with relative ease to go 1-0 up in the five-match series.

Ahead of the Indian team’s departure, there was concern about constant shuffling, much like the ODI experimentation ahead of the 2019 World Cup.

Iyer’s form has put paid to all that chatter. The batsman has figured in all of India’s 12 T20Is since September last year, averaging 34.14 in 11 innings with two half-centuries and strike-rate 154.19. With his match-winning temperament at Eden Park, Iyer has stitched down a spot in the batting line-up for good.

New Zealand were left pondering about a shortage of 10-15 runs to their total as well as missed chances in the field that allowed the India batsmen to get away with a high scoring rate.

Partly, it also had to do with India’s surprisingly quick adaptation to the awkward conditions on offer at Eden Park.

In turn, the Black Caps themselves now have to come to terms with India’s adaptation if they are to prevent an early 2-0 lead within three days. India had also won here in February 2019, albeit it was a three-match T20I series they had eventually lost 1-2.

Irrespective of the result, the tide seemed to turn for the hosts in terms of their batting form. Senior batsmen Kane Williamson and Ross Taylor defied recent criticism to score attacking half-centuries. It complimented their top-order’s runs, albeit they only finished with a par score.

India won key battles during their innings in that new batsmen at the crease were able to maintain the momentum previously generated and it is something New Zealand cannot simply fix with a change in personnel. As such they will be hoping the likes of Colin de Grandhomme and Tim Seifert to come good.

There is a school of thought in the hosts’ camp that Williamson should open the batting in T20 cricket, thus taking advantage of the powerplay overs. Given the lightning start provided by openers Martin Guptill and Colin Munro, this seems infeasible for the next game, atleast.

New Zealand expect to field the same eleven, avoiding any temptation to take a look at all-rounders Scott Kuggeleijn and Daryl Mitchell.

Both teams enjoyed a day off on Saturday in lieu of the tight schedule and sterner battles ahead.

Eden Park was only an estimated 60 per cent full on Friday despite New Zealand Cricket anticipating more gate collections owing to the Indian team’s popularity.

It remains to be seen if the scheduled late-starts (7.50-8 pm local time) continues to have an impact on match attendances during this T20I series.