India vs Australia 2nd ODI Preview: The T20 World Cup 2020 will be held after nine months this year, and the next 50-over World Cup is in 2023. Although the time left for the mega event in Australia is less, India are playing an ODI series. Australia are here for a three-match ODI series lasting […]
By Tushar Thu, 16 Jan 2020 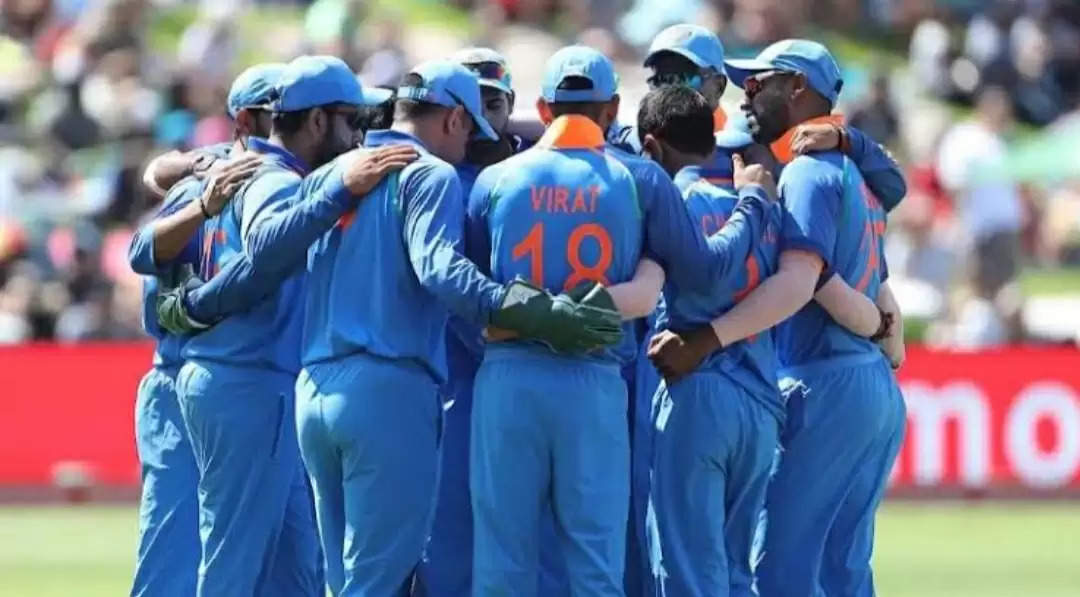 The T20 World Cup 2020 will be held after nine months this year, and the next 50-over World Cup is in 2023. Although the time left for the mega event in Australia is less, India are playing an ODI series. Australia are here for a three-match ODI series lasting six days (14 Jan – 19 Jan). Since Australia are a strong opponent and this series would not take much time, India’s planning time for the T20 World Cup won’t hamper much; and vice-versa for Australia.

Before the commencement of the series between India and Australia, a close contest was anticipated. However, we witnessed a one-sided game at the Wankhede Stadium in Mumbai in the first ODI. Both the teams have moved to Rajkot for the second ODI. The Indian fans will expect a better performance from India against the Kangaroos, as they did in the World Cup 2019.

In the first ODI, the hosts were completely thrashed by Aaron Finch and Co. in every department. With the bat, India could manage to put a below-par total of 255 runs on the board. With the ball, things even worsened as India were hammered with a 10-wicket loss. A game, full of disasters for the number two ODI side in the world.

The Aussie bowlers were disciplined with their lines and lengths. As a result, the Indian batsmen could not play with enough freedom. In the post-match presentation, the skipper Virat Kohli said, “We didn’t get enough runs. I thought we were too respectful at certain phases and it cost us. Can’t do that against a team like Australia.”

India were 125-1 after 25 overs, 195-5 after 40, and all-out for 255 by the first delivery of the last over. The hosts did not have enough batsmen in the death overs to score quickly, thus, failed to reach a respectable total. They lost four batsmen within a span of six overs (27.1 – 32.5), scoring just 30 runs – a collapse in the middle-overs. That’s where the damage was done.

The top seven Indian batsmen faced 255 balls and scored just 204 runs at 4.8 RPO. The dot-ball percentage of every top seven batsmen was more than 45, except for Kohli. One reason for India’s batting failure could be that many batsmen did not bat at their regular positions. Kohli hinted in the post-match presentation that he could move to three again. One of KL Rahul and Shikhar Dhawan might be dropped. Or, KL Rahul might be demoted to bat at four in the middle-order.

Thus, India should do better in the upcoming match in the batting department.

As far as pace bowling is concerned, India’s lead bowler Jasprit Bumrah looked rusty, Shardul Thakur was whacked and Mohammed Shami was expensive. Kuldeep Yadav got some purchase from the deck but failed to pick up wickets. Ravindra Jadeja was India’s most economical bowler, however, he also failed to get any success. The Indian bowlers did not find their lines and lengths correct. They bowled too short at times, too full and even in the slot. Lack of discipline was quite visible.

Since 2016, the Indian bowlers have the second-worst average (42.33), second-worst strike rate (43.6) and second-worst economy (5.82) against Australia. All this, despite playing most numbers of ODIs against the same opponent during this period.

A victory in the first game of a three-match ODI series obviously puts a team in the driver’s seat. Australia are in the driver’s seat and need just one victory in the next two games to seal the series. Everything went smoothly for visitors. At Mumbai, the Australian players were as clinical as one can get in every department. However, the skipper Finch is not going to relax after the first match. In the post-match presentation, Finch said. “India are a quality team and we expect them to bounce back.”

The bowlers were accurate with the ball and will look to carry on that. Kane Richardson is the weakest link in their bowling line up. However, India failed to get the better out of him as his economy was less than five. Thus, Australia should expect Indian batsmen to go after him, and pressurize Finch to bring the sixth bowling option. Ashton Agar might also go for runs, particularly against Iyer who is a power-hitter of spin bowling.

Also Read: Finch and Warner set a template at the top in white-ball cricket

David Warner and Aaron Finch took Australia home in the first ODI. But Aussies can’t expect them to replicate their heroics in every game. Marnus Labuschagne is still untested in white-ball cricket, Steve Smith isn’t a very great player in this format and Ashton Turner has got less exposure at the international level so far. A top-order collapse might push the visitors into troubled waters. Thus, Australia’s middle-order might be tested and they should be prepared for that.

The Indian wicketkeeper-batsman Rishabh Pant has been ruled out of the second match due to an injury. Pant was hit on the helmet by Pat Cummins in the first game. He did not keep the wickets in Mumbai as well.

Key Battle to watch out for in India vs Australia 2nd ODI:

The player battle to watch out for in this match will be Virat Kohli vs Adam Zampa. Both have faced each other as many as eleven times in ODI cricket. The leg-spinner has got better of the world’s best batsman four times in ODIs and twice in T20Is. Kohli has not faced any big problem against Zampa as he has got out to Zampa while attacking generally. Kohli averages 31.5 and has a whopping strike rate of close to 130 against Zampa in the 50-over format.

KL Rahul will do the wicketkeeping duty in the absence of Rishabh Pant. Kedar Jadhav may come in for Pant as a batsman. India might also look to bring in Yuzvendra Chahal at the expense of Kudeep Yadav. Australia have four right-handed batters in their top-six, thus, India would want to have a leg-spinner. Chahal also has better numbers than Kuldeep against Australia. Navdeep Saini who has been very imposing so far might replace Shardul Thakur.

Australia are not expected to tweak their team combination for this match.

India have played two ODIs at Saurashtra Cricket Association, Rajkot and lost both games. However, one of the matches was in 2015, and the other in 2103. Kohli’s army has lost four consecutive One Day Internationals against Australia at home. Despite all the odds stacked up against the Men in Blue, they are expected to bounce back and level the series. Since 2017, in the second match of an ODI bilateral series, India have lost only once.