There is no dearth of options to have a settled middle order going into the World T20 next year reckons stand-in skipper Rohit Sharma, who advocated the need to shift from chop-and-change policy to provide the youngsters a sense of security. Whenever India’s top-order fires, the team stays in a good space but a weak […]
By PTI Sat, 2 Nov 2019 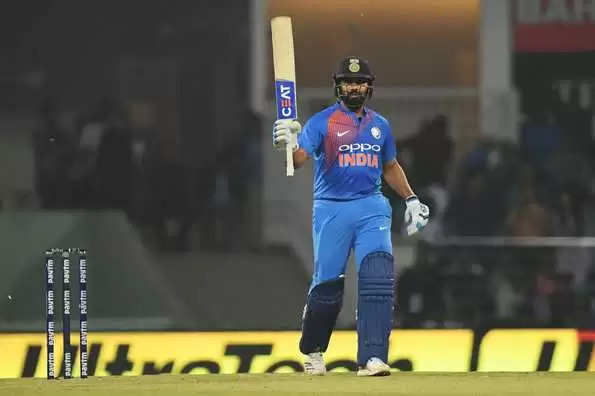 There is no dearth of options to have a settled middle order going into the World T20 next year reckons stand-in skipper Rohit Sharma, who advocated the need to shift from chop-and-change policy to provide the youngsters a sense of security.

Whenever India’s top-order fires, the team stays in a good space but a weak middle and lower order has been exposed a number of times when that does not happen.

Asked if the team has zeroed in on, on this aspect, ahead of the World T20 in Australia, Rohit said, “We have lot of options.”

“They need to get more games under their belt to be more confident and getting the job done. The team, a few years ago, was very much settled so there was not much room for a younger player to come and grab that opportunity,” Rohit said ahead of first Twenty20 against Bangladesh.

“There has always been a chop and change between that number 4,5,6 and 7 as well. So now this is the best time for us to try these guys. Shreyas Iyer, Shivam Dube, Manish Pandey then Rishabh as well. There are a lot of guys who can do the job.”

However, he acknowledged that the road is tough for the youngsters, trying to find a place in this formidable Indian set up.

“When they play for their IPL team it’s different but when they come here, it is different ball game. They bat higher for their IPL franchise and that is the challenge in international cricket, you will not get, what you want.

“You have to earn that position and make sure whatever little opportunities you get, you have to make the most of it. In IPL they are guaranteed 15 games but not in international cricket.”

for the World T20 next year, Rohit said the team needs to better its performance while batting first.

“We have looked at certain number and stats. Our numbers are very good when we chase whether it’s in India or outside. Something we really want to focus is on posting targets and defending them.

“That is where we are lacking, which is why you saw the last T20 we played in Bengaluru, where the pitch was a bit sticky but we still opted to bat. We wanted to try and challenge ourselves as to how we can take that challenge of posting scores on difficult wickets against difficult attacks.

“We want all our bases covered before we go for the World Cup in Australia. This is the perfect time to do that but at the same time we want to win games. It’s not just about trying. First priority is to win games and then focus on others.”

Rohit’s philosophy is built on the belief that a captain should not consider himself the most important person in the team as he aims to follow the leadership template set by regular skipper Virat Kohli.

Asked how important it is to prepare well for the fast T20 format, Rohit, who has led Mumbai Indians to four IPL titles, said he loves putting his players at the forefront.

“You need a lot of strategies and planning in T20s, understanding of the players and what they can offer. And that is something what I executed with Mumbai Indians.”

“How I look at it, is that when you are the captaining the side, you are not such an important person, the other 10 are the most important players because you want to get the best out of them,” Rohit added.

“Of course, your performance will matter but I don’t like to consider myself at the forefront. The other players become the forefront. I have to focus on them and give them freedom to express themselves and that has been whole talk how want to go forward and what we want to do with this new lot.”

He was also asked to comment on difference between leadership from a regular captain as he has now often led the Indian side when Kohli is not available.

“My job as a captain here is very simple. I am not a regular captain so my job is to take the team forward from where Virat has left. What I have done in my limited opportunities is trying to maintain what Virat has done previously with the team.

“Whenever I have been a part of the team, it’s been about taking the team forward, whatever messages given to the boys, just to remind the boys what needs to be done.”

Rohit did not appreciate that the Indian team is ranked just five in the T20s.

“We need to get that number higher. We want to be at top in all three formats, that has been the standard we have set and there is no reason we can’t achieve that.”