India vs Bangladesh 2nd Test Preview: Kolkata has turned pink. It’s a historic moment with day-night Test cricket making its debut in India. The build-up, the talk, the preparation has been massive. The preparations have been in full swing in Kolkata and the Eden Gardens. But questions galore, how will the SG pink-ball behave? Will […]
By Sahil Jain Thu, 21 Nov 2019 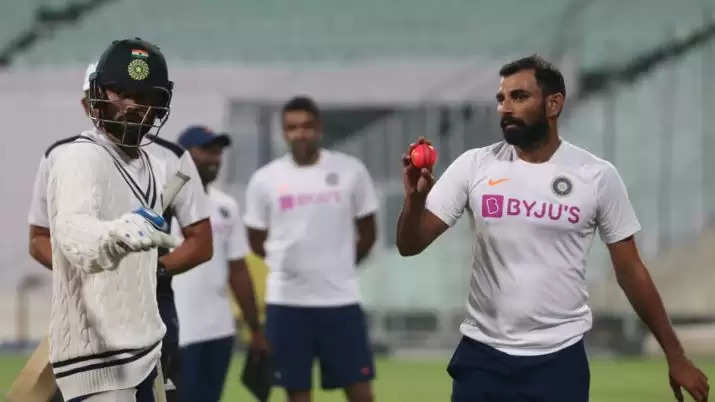 India vs Bangladesh 2nd Test Preview: Kolkata has turned pink. It’s a historic moment with day-night Test cricket making its debut in India. The build-up, the talk, the preparation has been massive. The preparations have been in full swing in Kolkata and the Eden Gardens.

But questions galore, how will the SG pink-ball behave? Will it last 80 overs? How much movement will the bowlers get during twilight and once it gets dark? It is indeed a foray into the unknown. However, it is a welcome change. It was only last year they declined a pink-ball Test against Australia at Adelaide and here we are, less than a year from that, all in readiness for the first-ever pink-ball Test match in India.

The gulf between the two teams was evident in the first Test. India gave Bangladesh a proper thrashing and the game ended inside three games. There were just two Bangladesh players who could withstand the Indian challenge – Mushfiqur Rahim with the bat and Abu Jayed with the ball. Apart from the two, there was barely anyone who put their hand up. It looked like a procession when they batted and the bowlers simply went through the motions waiting for things to happen. And that is something that India will punish all day.

Despite India’s two big guns (Virat Kohli and Rohit Sharma) failing, they were able to rack up a big score, thanks to a stupendous double century by Mayank Agarwal. That just underlined the strength and power of this Indian batting line-up, especially when they play at home. And the Indian pace attack has been the talking point throughout this home season. Mohammad Shami, Ishant Sharma and Umesh Yadav have made the ball talk and made life hell for the opposition batsmen. The spinners have played their part but they’ve barely come into the picture.

The Virat Kohli-led side is most likely to go unchanged for the second Test. Meanwhile, Bangladesh might ponder about including another pacer and Mustafizur Rahman will most likely come into the mix. But it will be interesting to see what combination do they go in with. Will they leave out an extra batter or do they drop a spinner?

But the question remains, how much can Bangladesh push India? Do they have the pedigree to cause one of the biggest upsets in the longest format?

The Indian pacers wreaked havoc in the first game. The Bangladesh batting line-up had no answers and they will be put to test once again. The pink ball is deemed to move a lot more and with some grass to be left on the Eden Gardens track, the Indian pace trio of Shami, Ishant and Umesh will be licking their lips. Abu Jayed also had his fair share of success against the Indian top-order. He was the only Bangladesh bowler that caused some problems for the Indian batsmen. He even dismissed four of the Indian top five batsmen. Jayed’s battle with the Indian top-order will also be the one to watch out for.

It is the first time that both India and Bangladesh will be playing a day-night Test. Both teams haven’t had a lot of practice and Bangladesh might think that this might be their best chance of causing a huge upset. However, India seem to be miles ahead at the moment. Virat Kohli and his men have been absolutely dominant and a 12th successive series win at home along with another 60 World Test Championship (WTC) points is on the cards.