‘Trial by spin.’ This was the phrase that became common when South Africa last played a Test match in India. In the four-match Test series in 2015, the Proteas lost three of them with one of them being rained off (four days were washed out). 61 (out of the 70) wickets fell to spin. The […]
By Sahil Jain Tue, 1 Oct 2019 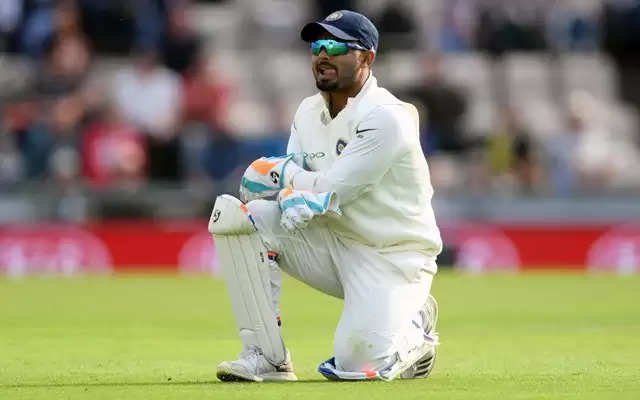 ‘Trial by spin.’ This was the phrase that became common when South Africa last played a Test match in India. In the four-match Test series in 2015, the Proteas lost three of them with one of them being rained off (four days were washed out). 61 (out of the 70) wickets fell to spin. The batsmen had no clue against the Indian spinners.

South Africa are going to face more of the same this time around. Ravichandran Ashwin and Ravindra Jadeja form one of the most potent spin bowling pairs in Test cricket. With pitches expected to take turn at some point, they are going to cause trouble for the Proteas batsmen. It’s once again built up as the South African batsmen vs the Indian spinners.

However, the Indian pace attack is way more improved than what South Africa faced in 2015. Despite the absence of Jasprit Bumrah whose wait to play a Test match at home continues, India boast of a great pace attack. Ishant Sharma and Mohammad Shami have been a force along with Bumrah. While Umesh Yadav has been very successful at home in the last few years. Hence, this attack will be relentless and the visitors face a stiffer challenge when compared to 2015.

Meanwhile, the Indian middle-order wears a settled look. Cheteshwar Pujara, skipper Virat Kohli and Ajinkya Rahane will form the core and Hanuma Vihari is likely to join them at No. 6. However, the concerns are at the top. While Mayank Agarwal has been impressive in his short four-Test career, he will have Rohit Sharma alongside him to open the batting. This will be the first time the Mumbaikar will be at the top in Test cricket. Rohit has a good record at home in red-ball cricket. However, batting against the new-ball will be a different ball-game altogether. He registered a two-ball duck (batting for Board President’s XI) against South Africa in the three-day warm-up game. Hence, all eyes are on him and it’ll be very interesting to see how he fares as an opener in the longest format.

Moreover, Kohli has confirmed that Wriddhiman Saha will keep wickets in this series. Saha returns to the XI for the first time since January 2018. It’s a massive blow to Rishabh Pant who has been doing well in the longest format. He has scored hundreds in England and Australia. However, the team management has gone back to Saha who they feel is a better keeper.

On the other hand, South Africa are devoid of a lot of experience. The retirements of Hashim Amla and Dale Steyn (Tests only) after the World Cup haven’t helped their cause either. Only five players from the current Test squad have played a Test match in India before.

The focus is on the batsmen and their ability to play spin well. Aiden Markram struggled big time in Sri Lanka last year. However, he stroked a couple of hundreds just before the Test series which should put him in good stead. Dean Elgar’s fight and grit was impressive back in 2015 when others struggled. The role of Faf du Plessis becomes vital in the absence of Amla as he needs to hold the middle order together. Meanwhile, he will have a couple of promising players on either side of him – Theunis de Bruyn and Temba Bavuma. Both have shown that they can play spin well.

Zubayr Hamza may be in with a chance to make his debut while Quinton de Kock was looking at his fluent best in the T20Is. Moreover, he played spin well. However, this will be a different kettle of fish with an unrelenting bowling attack. Hence, de Kock is one of the more experienced players and will play a key role at 7.

The bowling wears a stronger look when compared to the batting. Kagiso Rabada has come a long way since that tour of 2015. He is currently the No. 1 ranked bowler in the ICC Test rankings. Vernon Philander is an experienced campaigner while Lungi Ngidi has been impressive in his short career. Meanwhile, Keshav Maharaj is among the best spinners going around in the red-ball circuit.

However, South Africa’s concern would be their combination. They will most likely go in with two spinners (Keshav Maharaj and Dane Piedt) but the fast bowling combination is the one to look out for – whether they play both Philander and Ngidi alongside Rabada with Philander batting at 7 or pick one of them.

This will be South Africa’s first assignment in the World Test Championship. India are currently leading the table with 120 points.

South African teams from the past have stung India in India and in fact, they have registered famous innings victories as well. However, the last such win came in 2010. Hence, can this young and rather inexperienced South African side stand up to the challenge and beat the odds, the conditions and finally India?

All eyes will be on how Rohit Sharma tackles the new ball. The new Indian Test opener has struggled against the South African pacers. Philander and Rabada have dismissed Rohit three times each in Test cricket. Meanwhile, the battle between the Indian spinners and the South African middle-order will be an engrossing one.

India have won 10 consecutive Test series at home since the start of 2013. In fact, only one team has won a Test match against India in India in this period (Australia in Pune – 2017). Hence, South Africa have an uphill task in front of them. They are chasing history and will be battling against the odds. But turnarounds have happened and Sri Lanka showed it to them earlier this year. Hence, while India start as overwhelming favourites, South Africa would love to be a thorn in the flesh and shock the world.