It was all too easy in the end for Virat Kohli and his men in Mohali. They thrashed South Africa by seven wickets and chased down a target of 150 with ease. It was captain Kohli who was once again superb in the run-chase at Mohali, with others chipping in well too. Shikhar Dhawan was […]
By Sahil Jain Sat, 21 Sep 2019 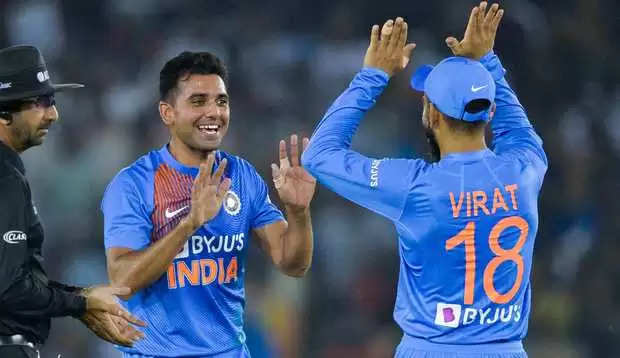 It was all too easy in the end for Virat Kohli and his men in Mohali. They thrashed South Africa by seven wickets and chased down a target of 150 with ease. It was captain Kohli who was once again superb in the run-chase at Mohali, with others chipping in well too. Shikhar Dhawan was under pressure before the last game and he responded with a good-looking 40. The bowlers did well as most of them chipped in with a wicket at least.

However, Rishabh Pant failed again. There seems to be too much spotlight on the Delhi keeper. He got out to a rank long hop in the last game and his shot selection has been in question. Moreover, there is a lot of debate on his batting position as well. He is currently batting at No. 4 while Shreyas Iyer is coming in at 5. A swap in batting positions might be on the cards.

Meanwhile, the Proteas had their moments too. Despite losing an early wicket, skipper Quinton de Kock and Temba Bavuma who gave their team a nice and solid foundation. However, the middle-order never came to the party. Thus, it’s the batting that needs to pull their socks up as far as South Africa are concerned.

It’s hard to judge any side by one game. But the bowling never really looked threatening enough for the visitors. The fast bowlers were carted around and failed to get a wicket while the spinners did a decent job.

The Proteas left out Junior Dala in the last game. He has a good record against India and might make his way back into the XI. As far as India are concerned, they played three finger spinners in the last game and Rahul Chahar sat out. That may be the only change if they’re looking to give the leggie a go.

South Africa have one last chance to make an impact in this short white-ball leg of this Indian tour before they kickstart their preparations for what is expected to be a grueling Test series.

Deepak Chahar has made it a habit of picking up wickets with the new ball. The Rajasthan pacer picked up an early wicket in the second T20I in Mohali as well. Moreover, he will be India’s premier pacer in this game as well. Also, Washington Sundar has done well in the powerplay too. He is likely to share the new ball with Chahar. In fact, he has an economy of under 6 bowling in the powerplay in T20Is. Thus, The Sundar-Chahar duo will battle it out with the new-ball against Quinton de Kock and Reeza Hendricks.

South Africa have their backs against the wall and they will need to produce something special to stop India from winning the series at the M Chinnaswamy Stadium in Bengaluru. The last time India played a T20I at this venue against Australia was earlier this year and they failed to defend 190. The average score batting first in this year’s IPL was 181. Hence, we could be in for another run-fest at the Chinnaswamy.