India vs South Africa: Focus on Kuldeep as Team India sans Kohli, Rohit sweat it out at optional practice

Skipper Virat Kohli and opener Rohit Sharma skipped the optional practice session but spinner Kuldeep Yadav looked to hone his batting skills ahead of India’s third and final Test against South Africa here on Thursday. Kuldeep, who sat out of the first two Tests, made full use of the net session displaying some elegant cover […]
By PTI Thu, 17 Oct 2019 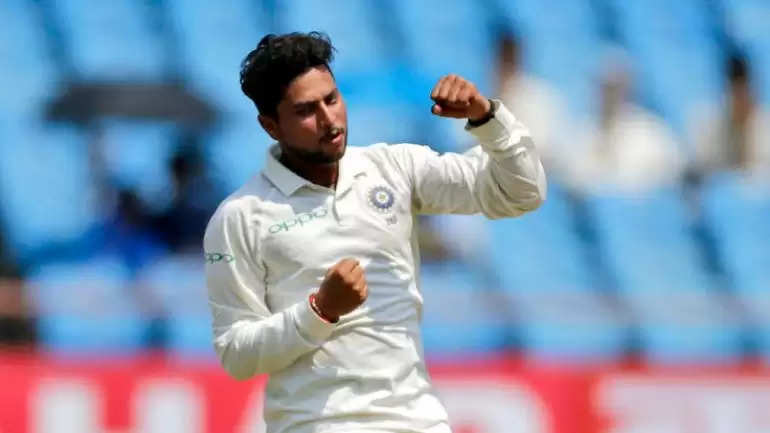 Kuldeep, who sat out of the first two Tests, made full use of the net session displaying some elegant cover drives in their afternoon practice which was also attended by Ajinkya Rahane, Cheteshwar Pujara, Mayank Agarwal and Ishant Sharma among others.

Earlier chief coach Ravi Shastri and bowling coach Bharat Arun had a close look at the pitch which wore a dry look, indicating that it would have something for the spinners.

“I think wicket will spin, I looked at the pitch and it looks dry and crusty. So I think reverse swing and spin will play a factor in this Test match,” South African captain Faf du Plessis had said.

Spin duo of Ravichandran Ashwin and Ravindra Jadeja have been the key bowlers for India, bagging 14 and 10 wickets each and Kuldeep’s inclusion will only be at the cost of a pacer.

The pacers too have made crucial contributions with Mohammed Shami claiming eight wickets at a strike rate of 41 and Umesh snapping six wickets at an even better strike rate of 21 and it remains to be seen if Kohli tinkers with his winning combination.

The Proteas trained in the morning session with focus on their batsmen, who have struggled to put up big totals after scoring 431 in reply to India’s 502 in the first Test in Visakhapatnam.

Vernon Philander was seen among the bowlers but the new-ball bowler was mostly seen honing his batting skills.

Having sealed the series 2-0 after winning the second Test in Pune, India will look up to the dead rubber to make a clean sweep and consolidate their position atop the World Test Championships standings.

With 200 points, India tower above their nearest rival New Zealand by a handsome 140 points.